The perfect scenes seem to have been created artificially to satisfy the needs of the image, but what they reflect is the photographer’s shrewd eye, and the chromatic precision in the design _x005F_x000D_ of the bathing suits.
_x005F_x000D_ The images highlight the visual cleanliness of the pools, where the few signs dialogue with the context, unlike what happens today in buildings and cities, too often overloaded with unnecessary signage. 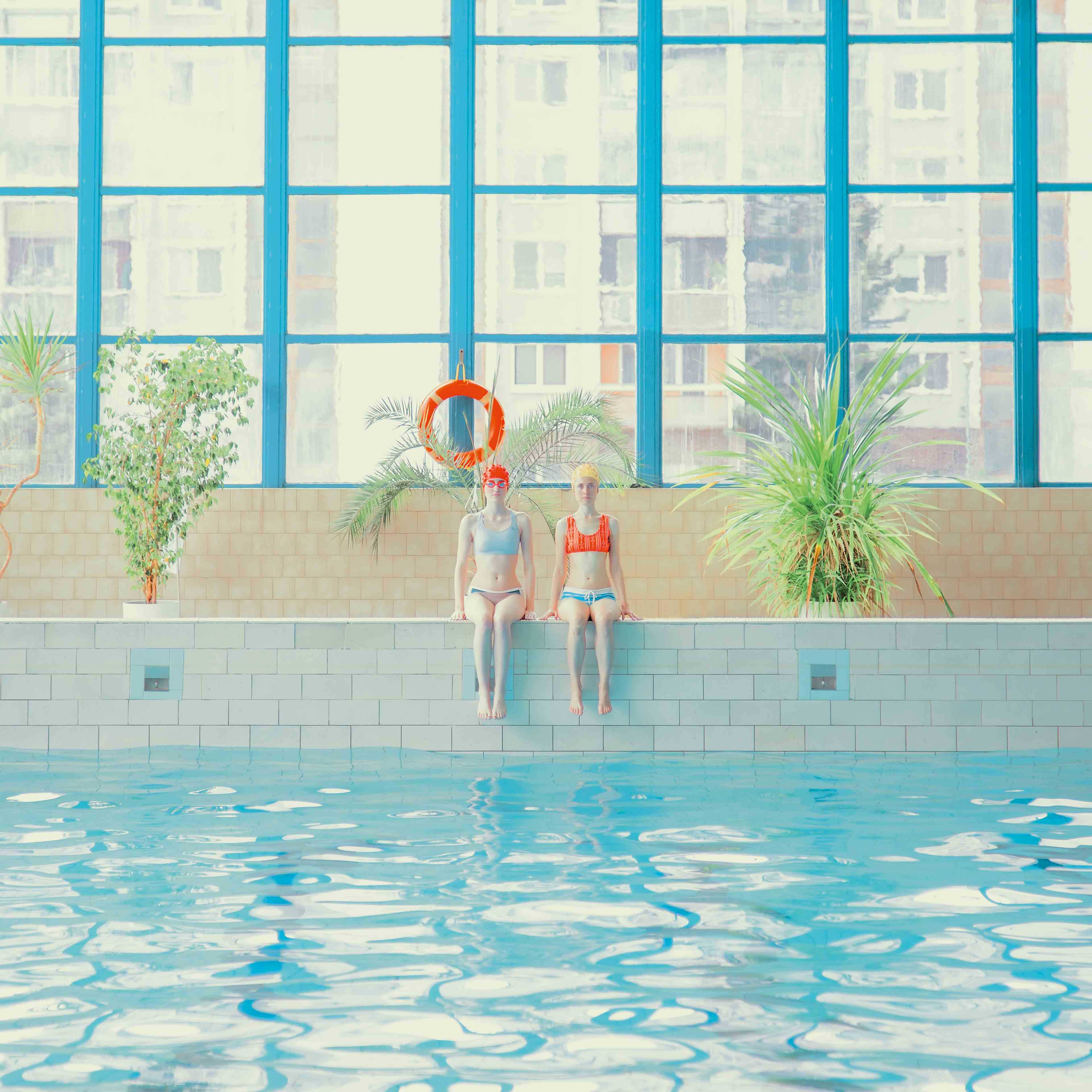