Louvre Abu Dhabi
Jean Nouvel
United Arab Emirates
Under a colossal dome that filters sunlight, the Louvre Abu Dhabi is designed as an archipelago of white volumes on the water, and that contain the different exhibition spaces.

Jean Nouvel – Pritzker Prize laureate in 2008 – sought inspiration for the concept of the Louvre Abu Dhabi in traditional Arabic architectural culture. Its contrasting series of white buildings, designed to create a ‘museum city’ in the sea, recall the medina and low-lying Arab settlements. A huge steel dome, clearly recognizable from afar, covers the majority of the exhibition halls. Measuring 180 meters in diameter, the dome consists of eight different layers: four outer layers clad in stainless steel and four inner layers clad in aluminum. The complex pattern is the result of a carefully studied geometric design, and is repeated at various sizes and angles in the eight superimposed layers. Each ray of light must penetrate the eight layers before appearing in the museum halls. The result is a cinematic effect as the sun’s path progresses throughout the day. The roof is supported by only four permanent piers, each 110 meters apart. These are hidden within the museum buildings to give the impression that the dome is floating.
As for its environmental approach, the project creates a self-controlled microclimate thanks to the shade the roof provides and the cooling effect of the water surfaces. In this way, upon reaching the museum visitors experience a gradual transition from the heat outdoors to the interior atmosphere. An agreement signed in 2007 between the governments of France and the United Arab Emirates has secured the loan of 700 works from French institutions, principally the Louvre. 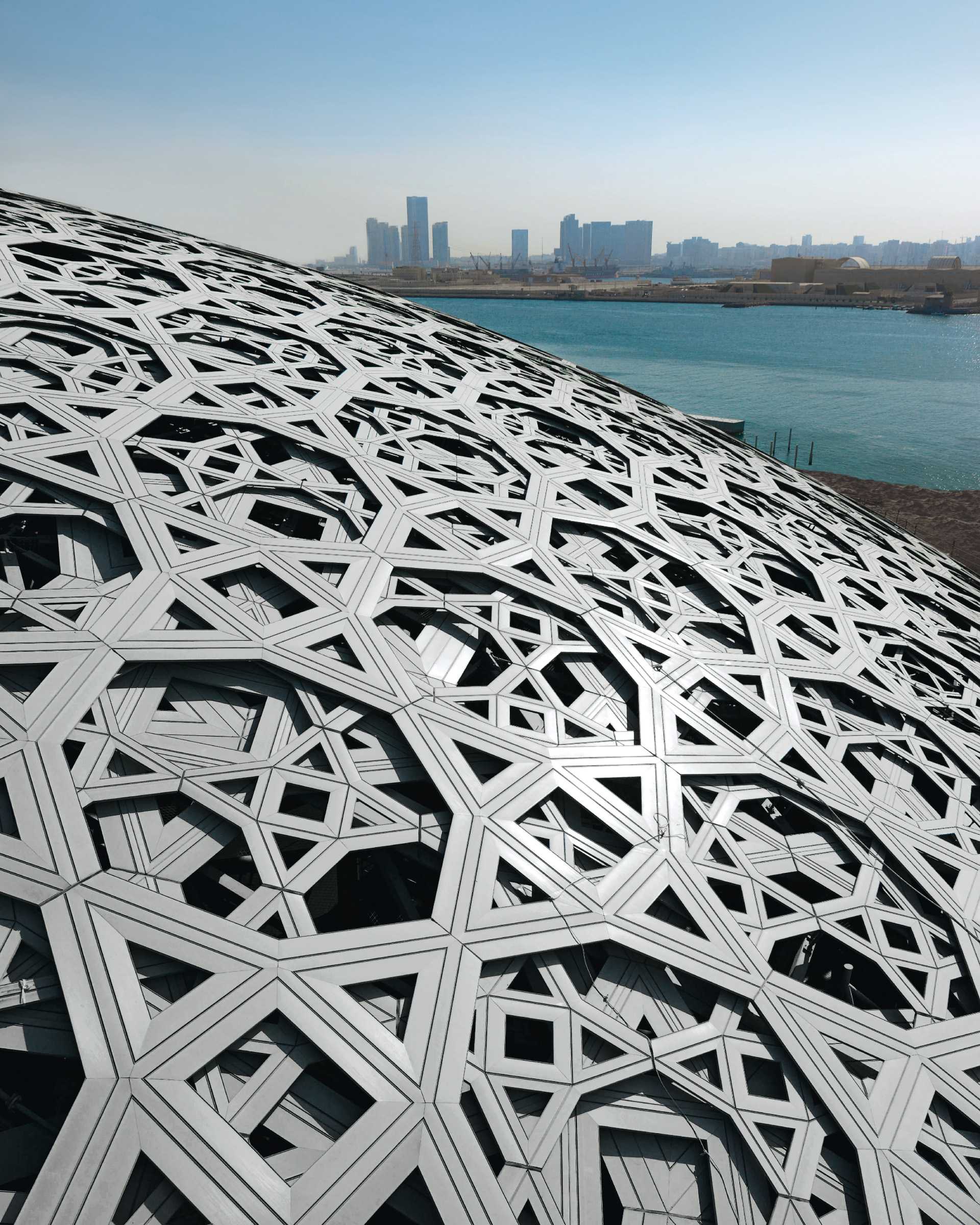 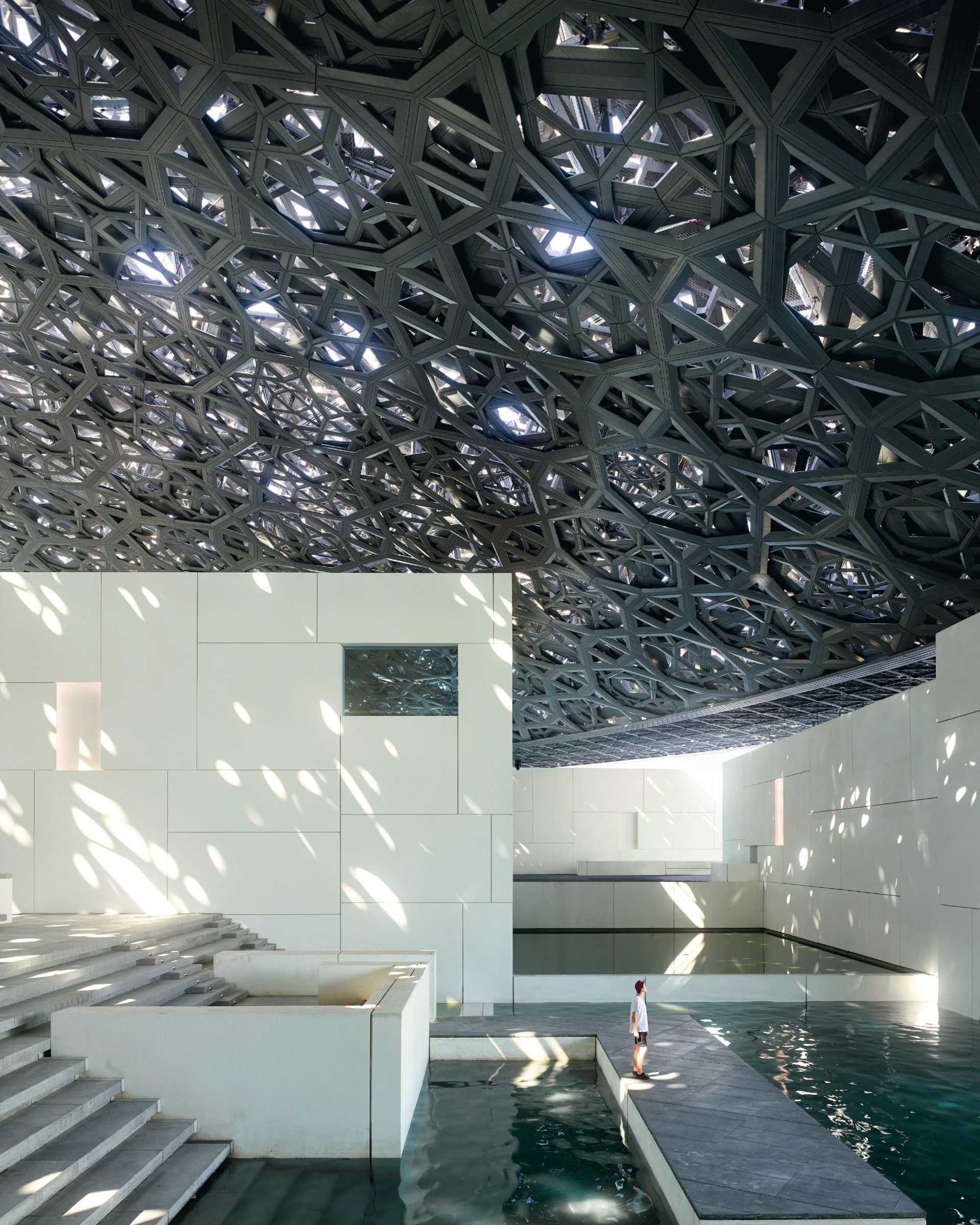 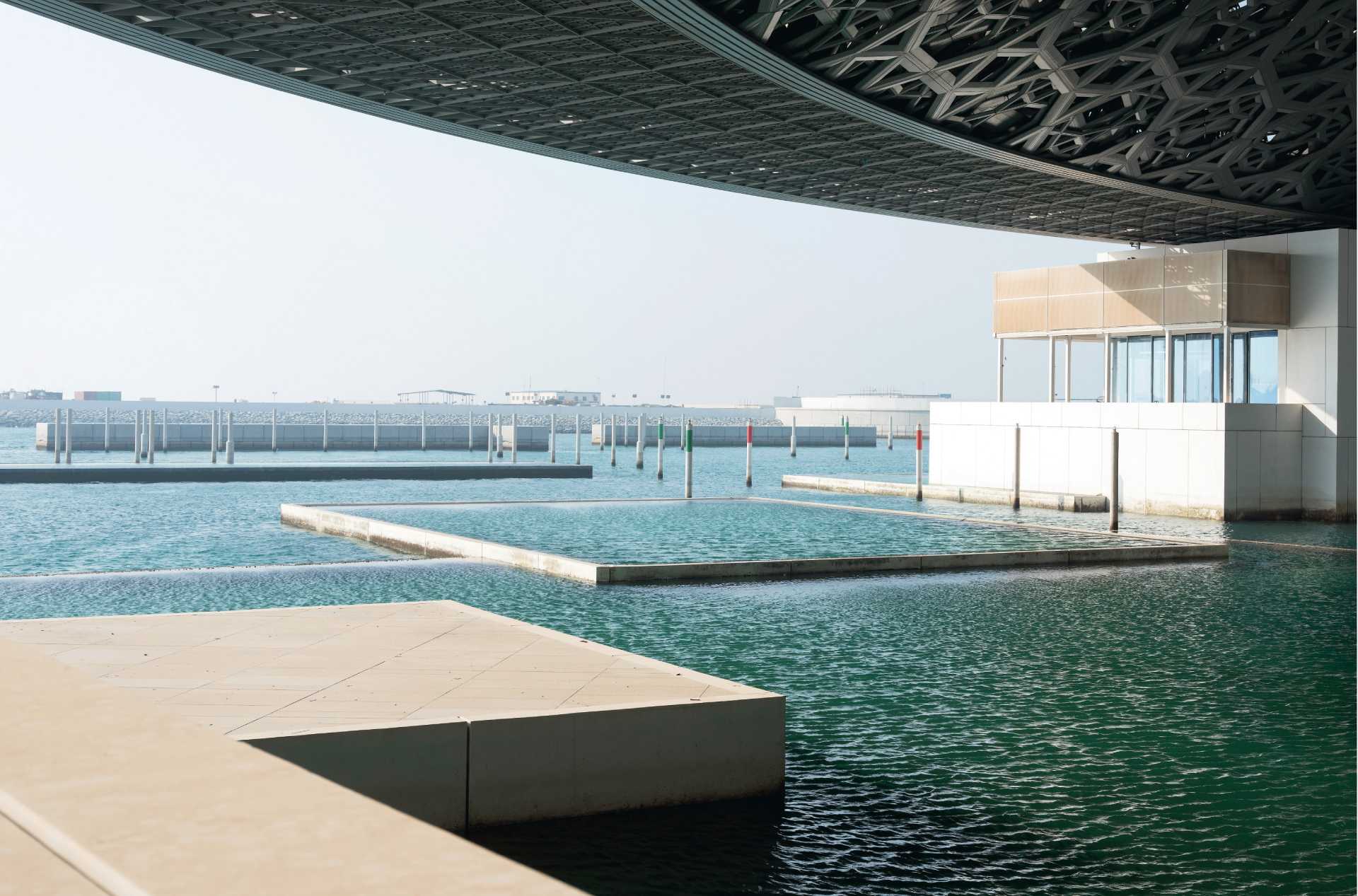 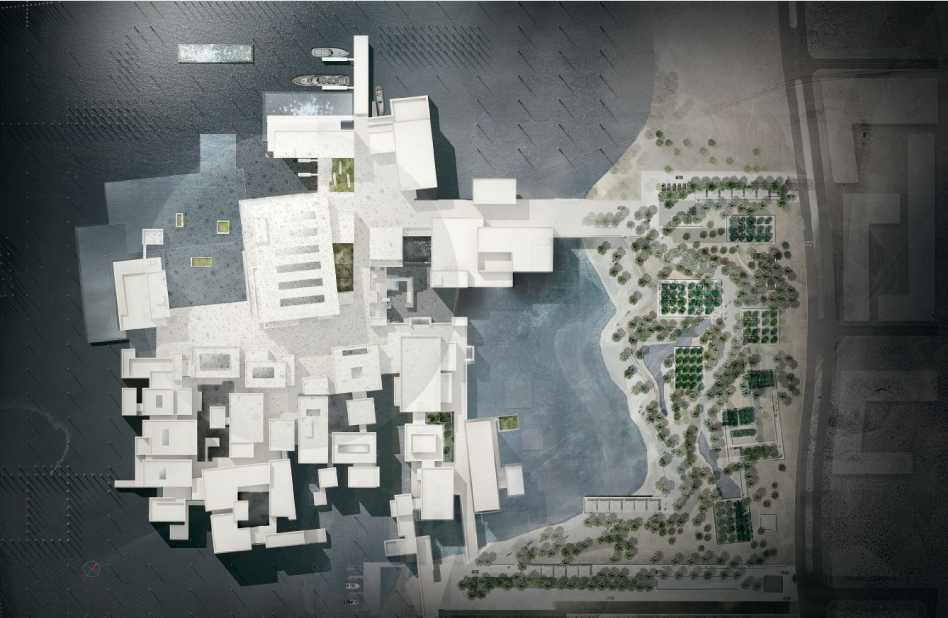 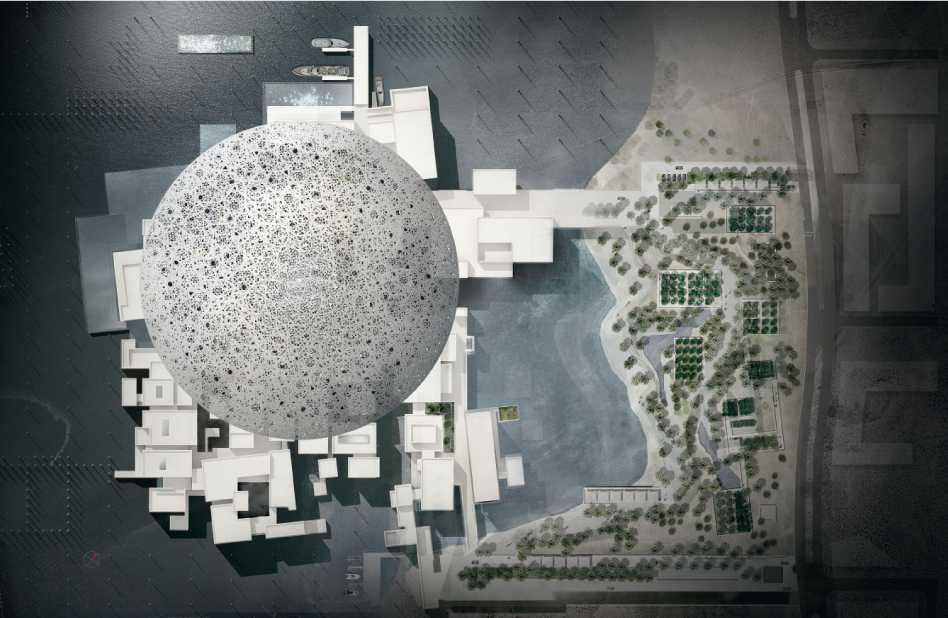 Within the cultural district of Saadiyat Island – where projects by Frank Gehry and Zaha Hadid are also located –, Jean Nouvel’s museum takes the shape of a huge dome that seems to float on the water.

The striking dome, measuring 180 meters in diameter, is an eight-layer metallic  latticework that filters sunlight, and is supported by just four piers concealed between the museum buildings.