With the idea of expanding the tourist offer of the Balearic capital, in 2005 a competition was held to design a new Congress Center and a hotel on Palma’s waterfront. Construction of the winning project started in 2008, and in spite of the temporary interruption of works – between 2010 and 2012 – as a consequence of the economic crisis, the building was finally inaugurated in 2017. The project rested on the idea that working on a lot that is rich and suggestive in its being difficult in geometry and size involved drawing up an altogether new urban ‘outline’ for the city. Narrow and elongated to  an extreme, the site responds more to the idea of an urban boundary of huge dimensions, one able to accommodate a significant building housing a complex and diverse program.
The building looks towards the sea, and this seaward gaze is materialized in a thick facade – five meters wide and erected with techniques of naval engineering – that, besides keeping out direct sunlight coming from the south, contains the stairs and other elements connecting the different spaces and programs. The facade is thus like a town wall with a path, dense but also open, and in its thickness, through ambiguous spaces that cannot definitively be considered interior or exterior, it is confused with the promenade itself. The ‘alter ego’ is the north facade, whose thickness is formed by the building’s ‘server’ spaces. The result is a comb-shaped double scheme – public to the south and private to the north –, efficient in functional terms. 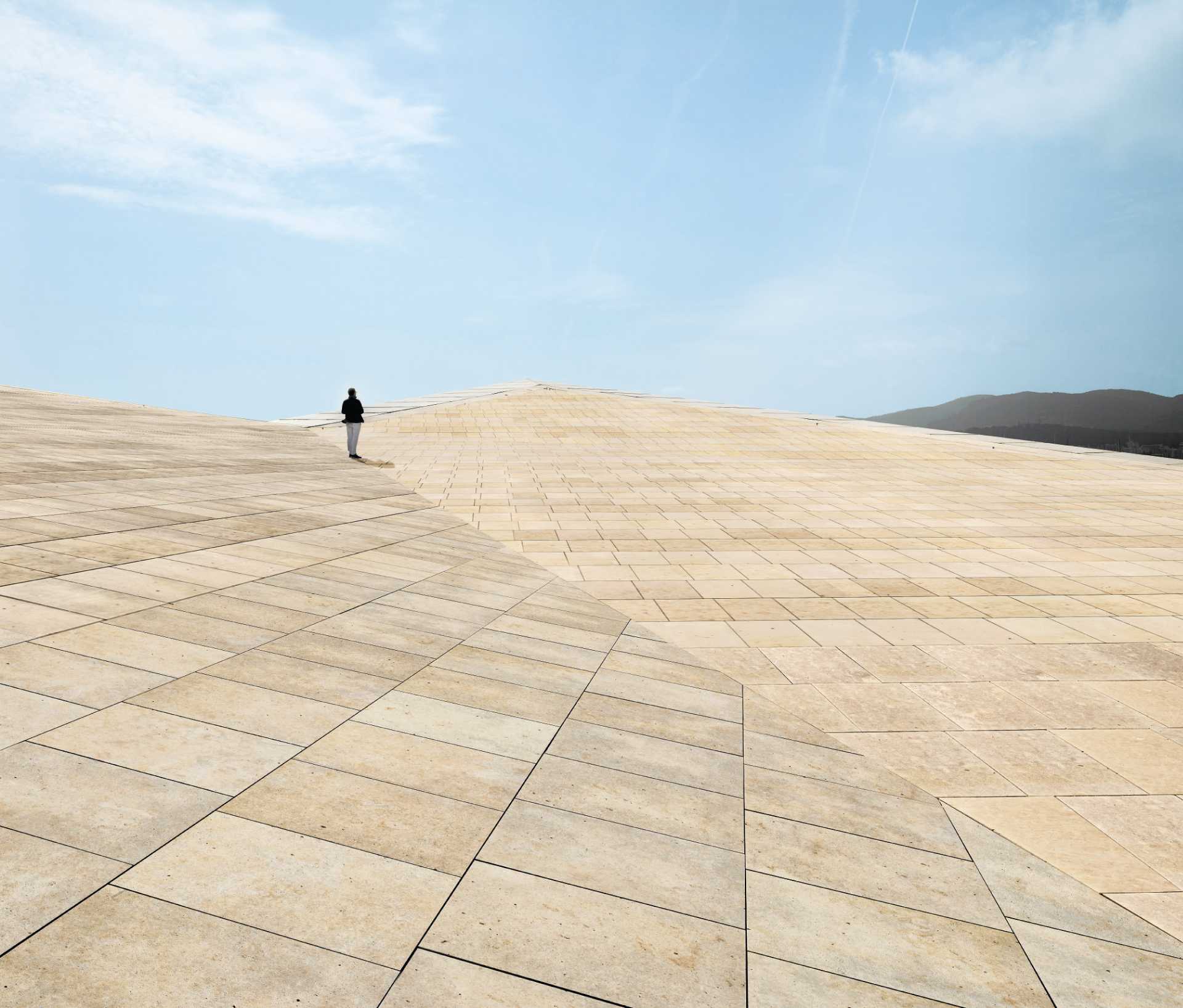 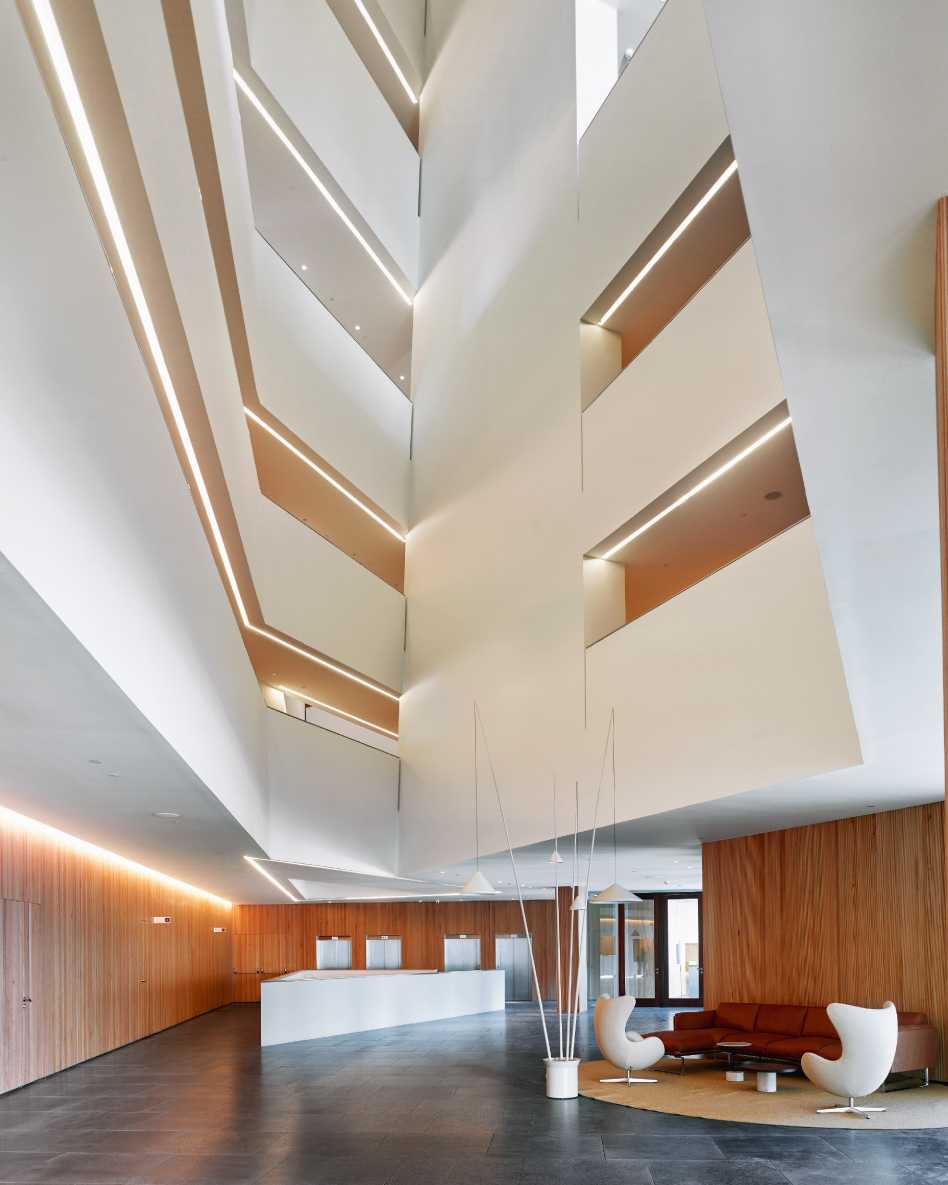 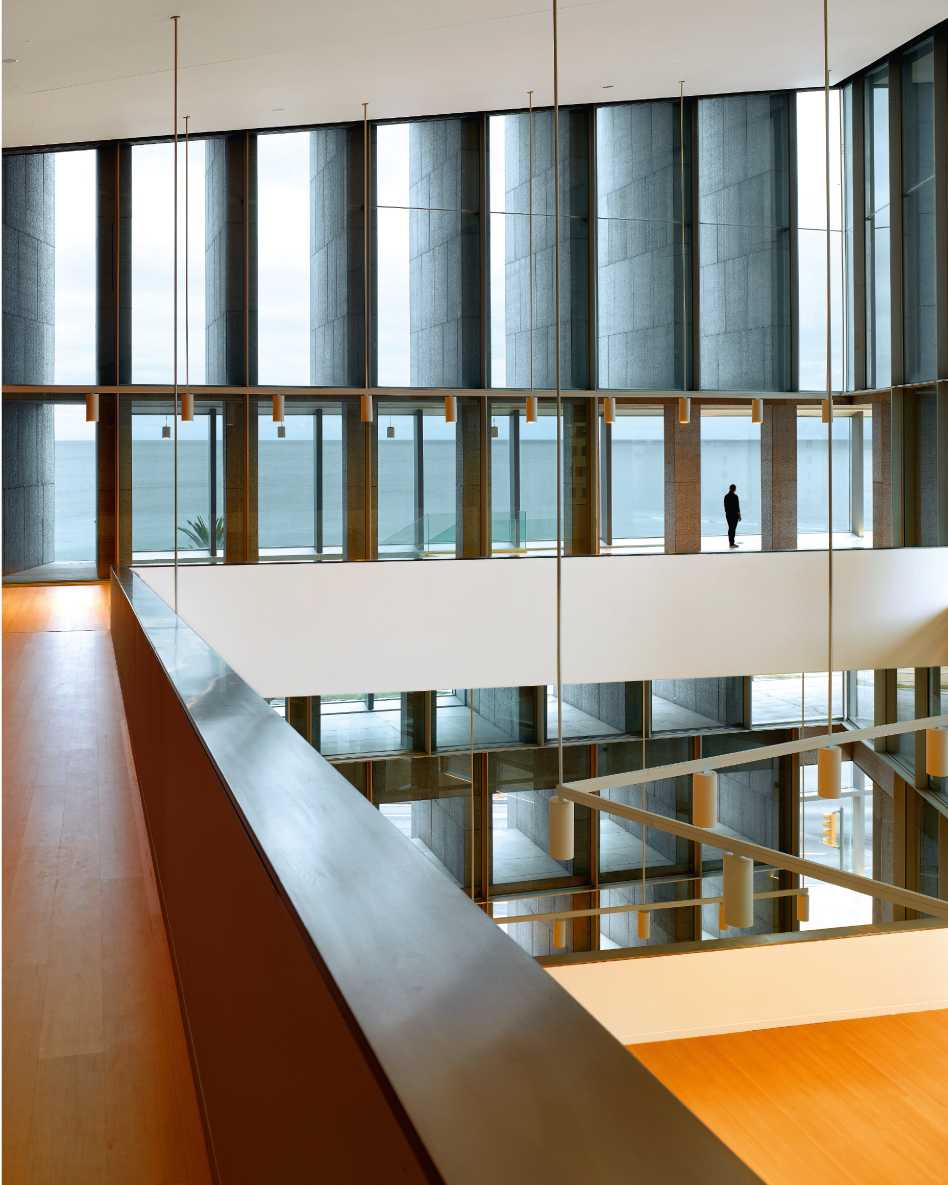 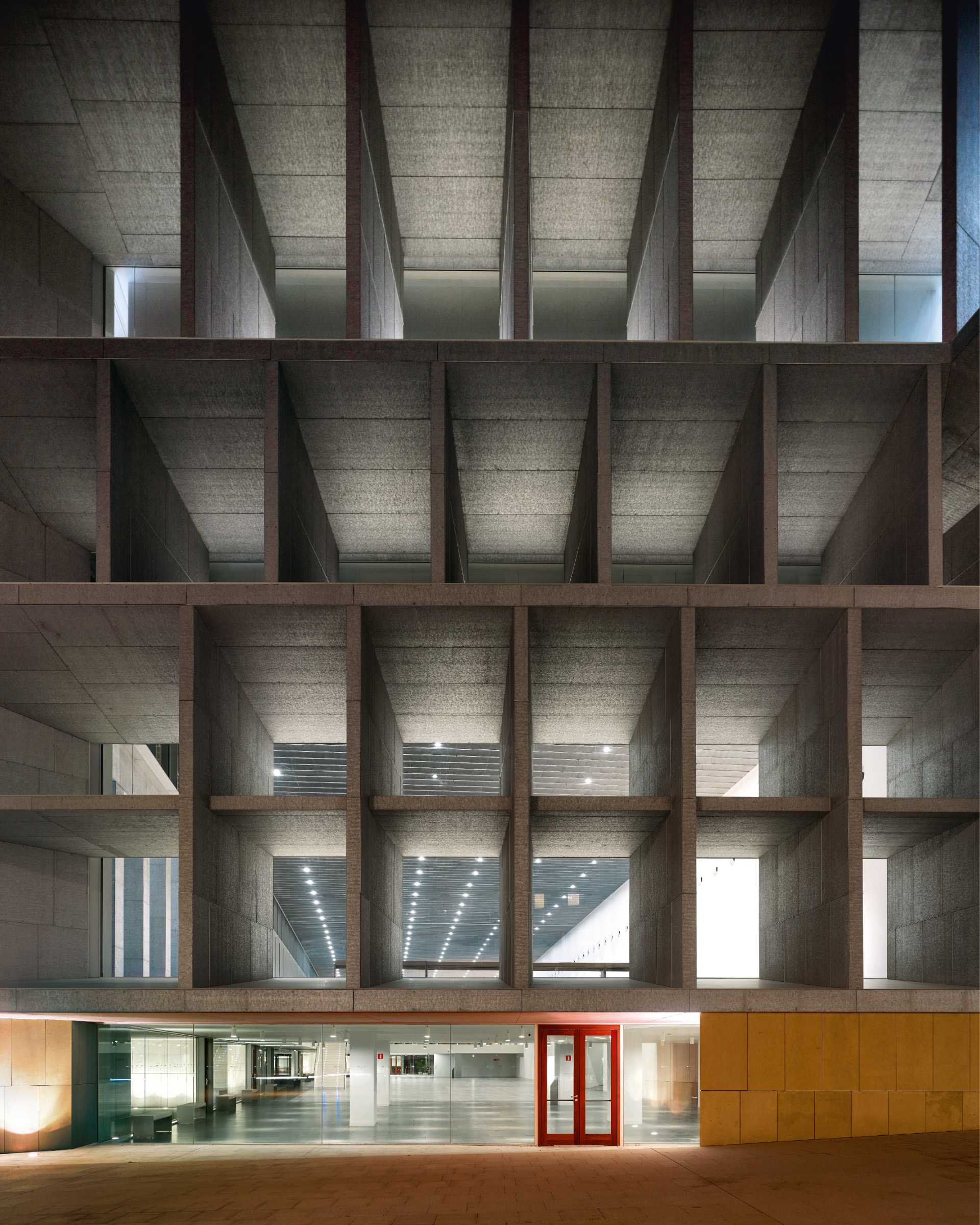 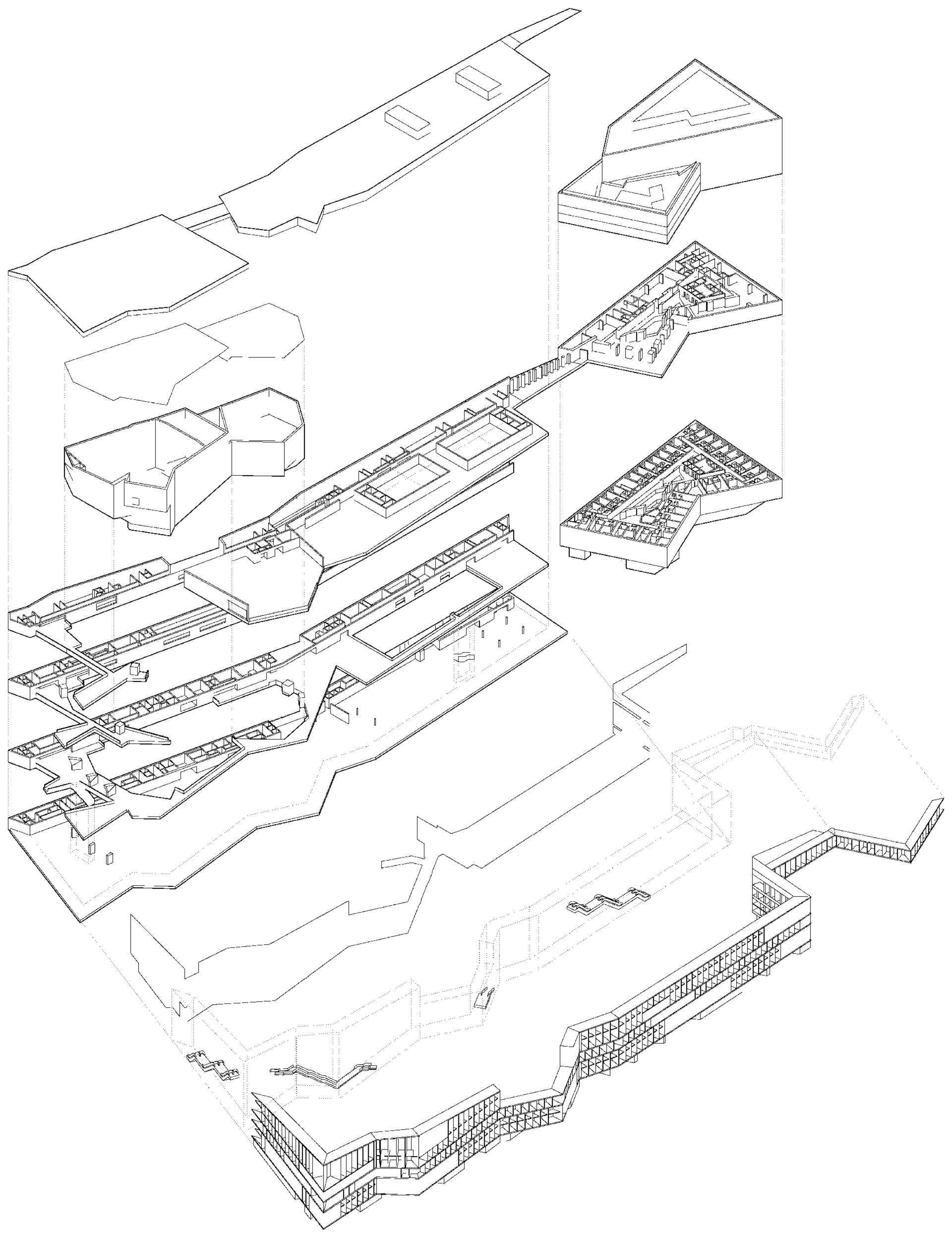 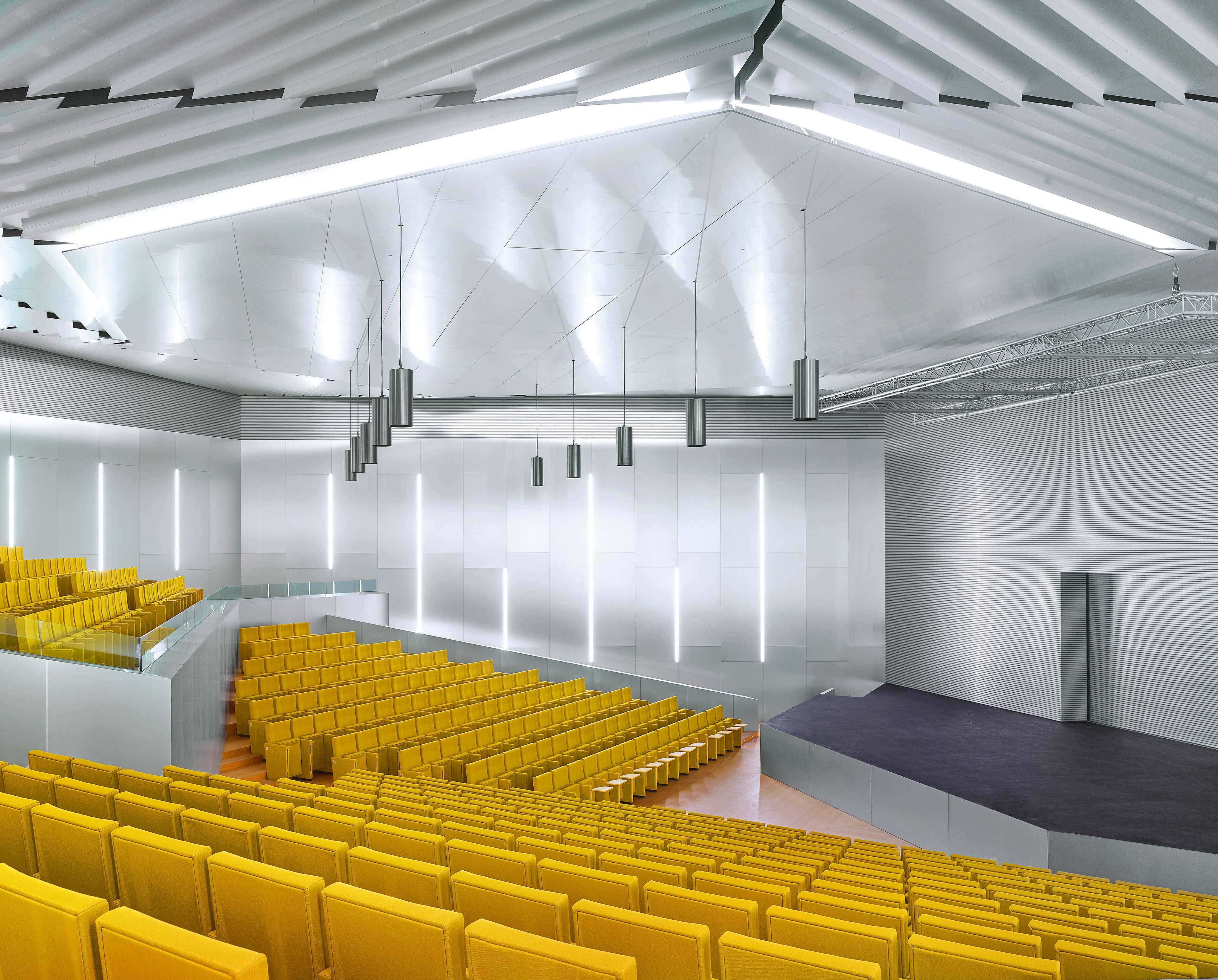