These designs play with minutes, deviating the sand through the action of gravity and the different diameters of the conduits. The changes of direction and the shapes of the cavities alter the speed of the fall of the sand, and thus the observer’s perception of the flow of time. The sand of the Variations of Time series is the same as the sand that flows through the original hourglasses. Nevertheless, the organic cavities and alternative routes that Nendo proposes convey a sense of freedom far removed from the unquestionable itinerary that the sand of old hourglasses had to follow. These cavities have been polished manually with a tool consisting of needles and abrasive materials, resulting in something much resembling natural formations. 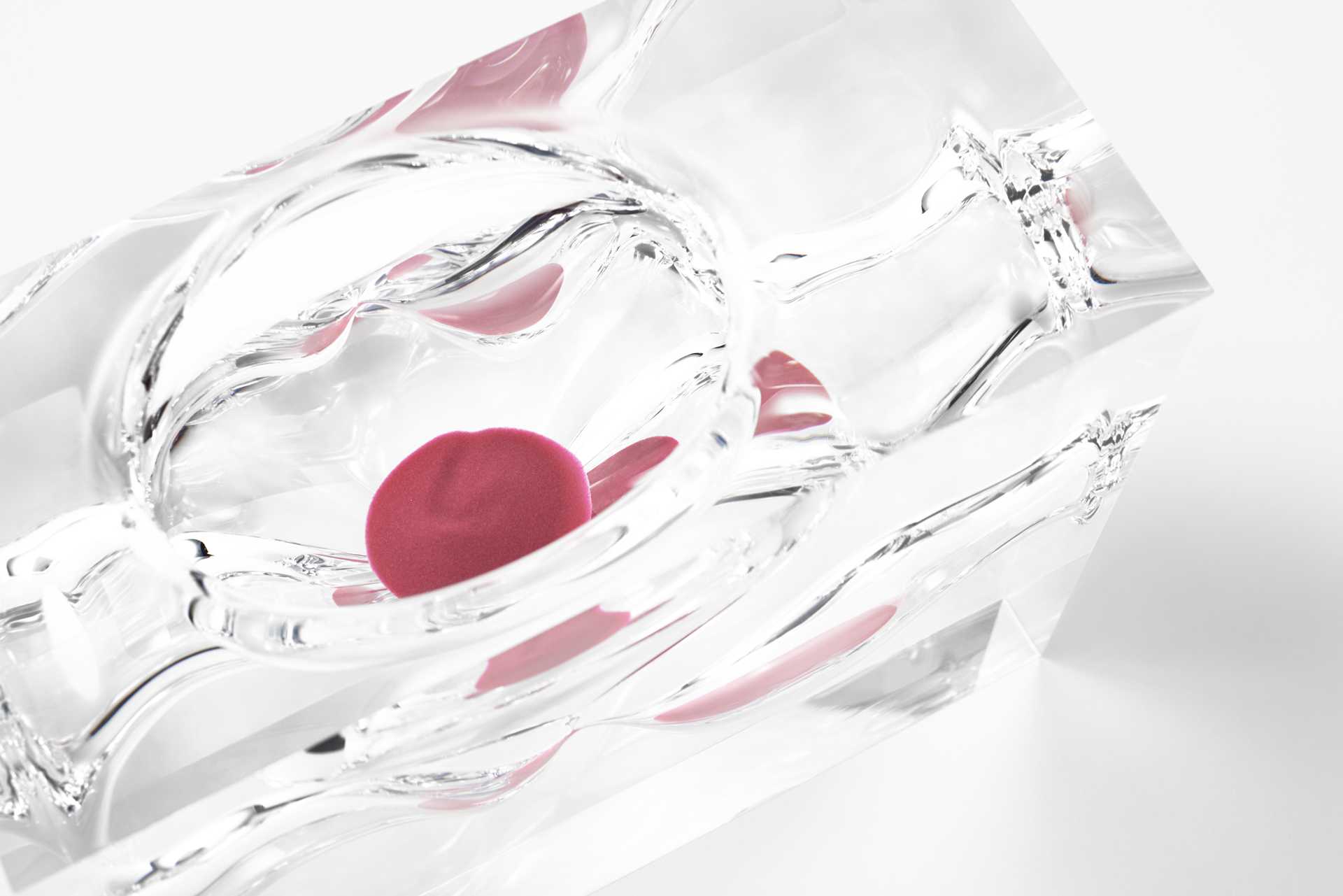 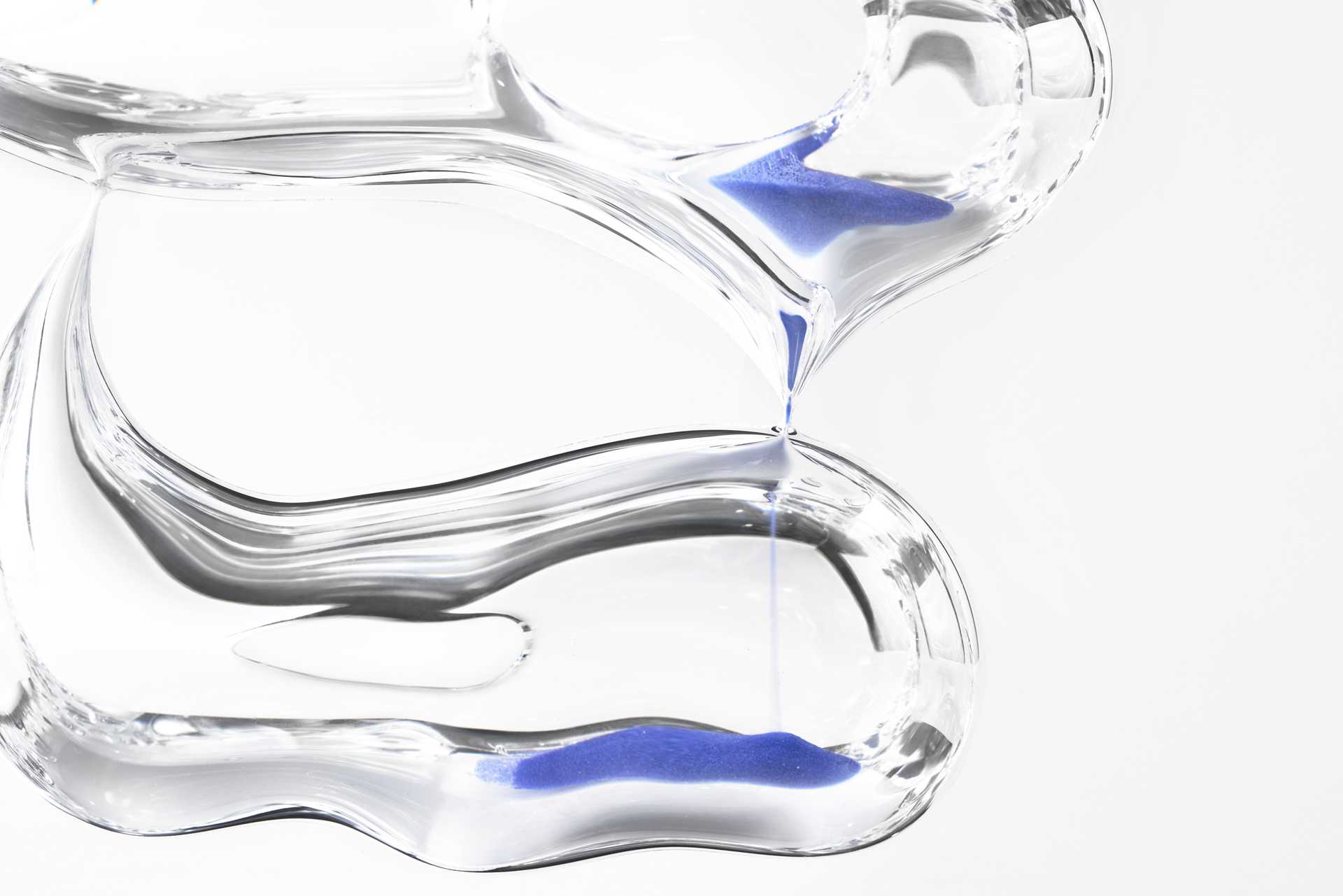 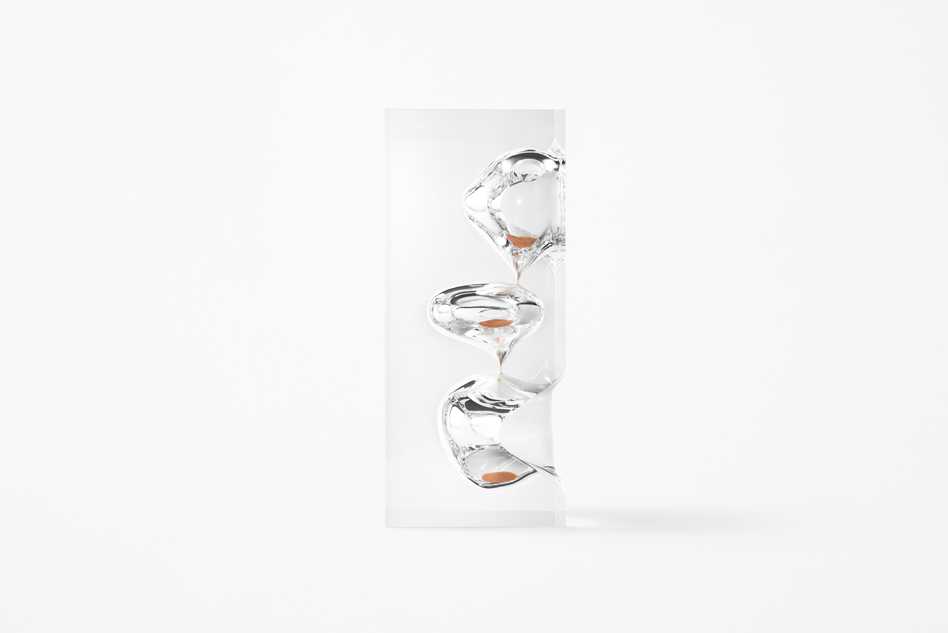 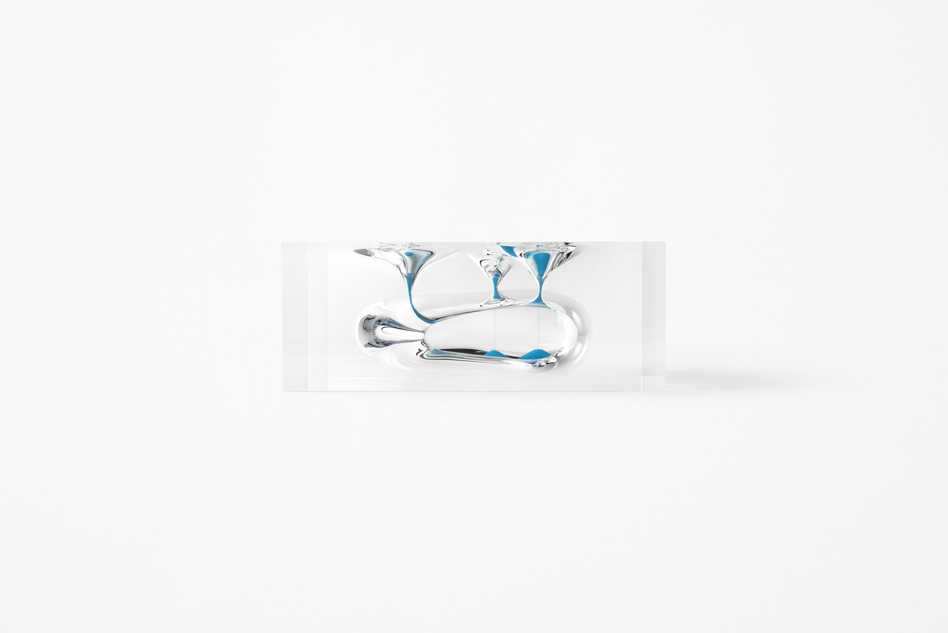 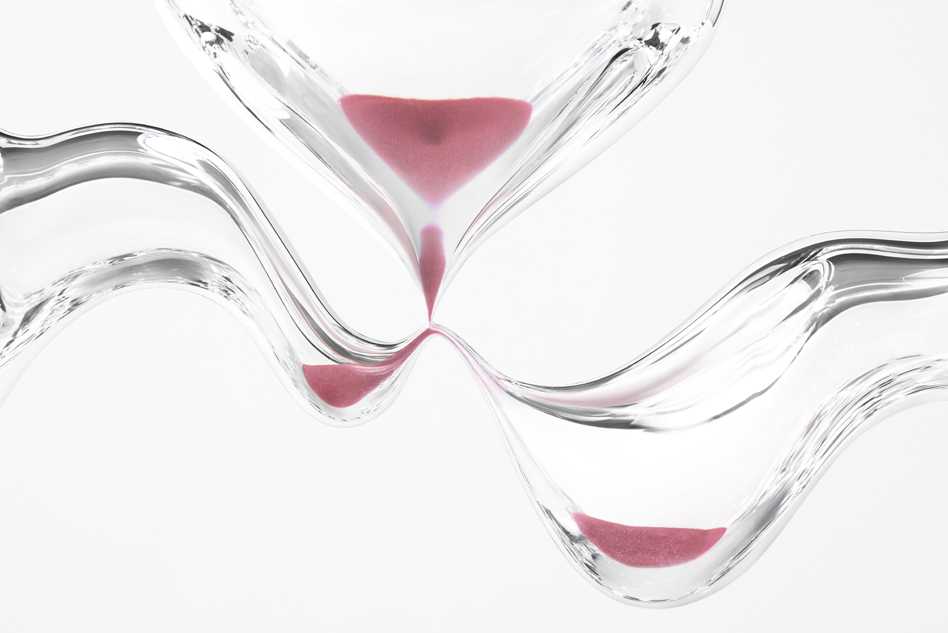 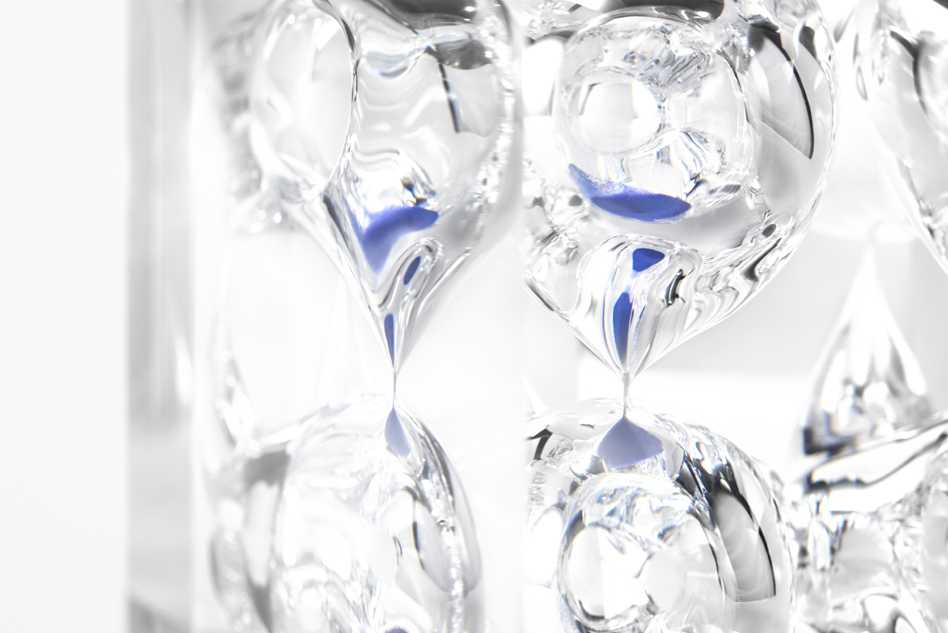 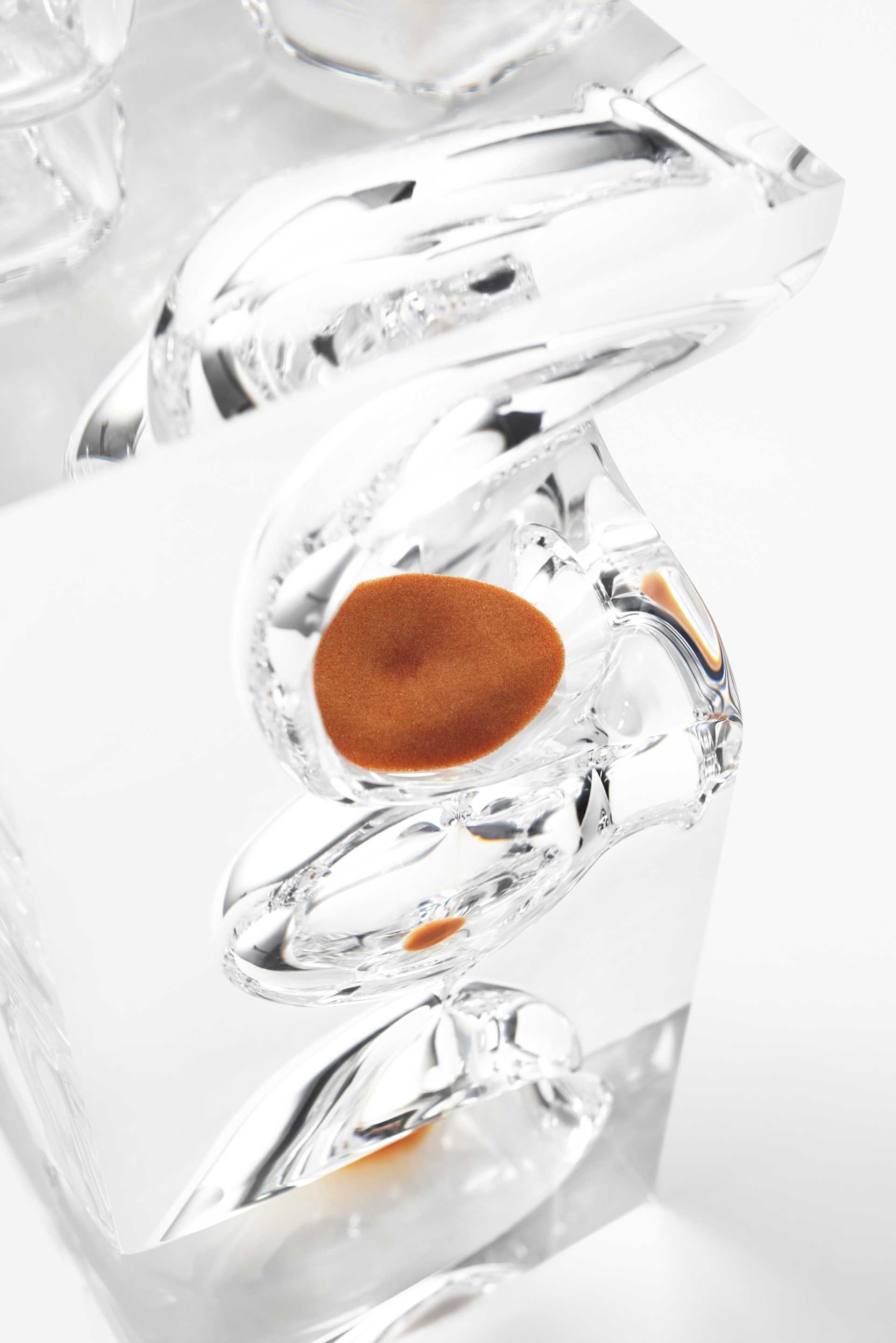 –The second model plays with the object’s change of position to continue counting minutes. Time converted counts three minutes between both positions.

–Time doubled, the longest-running in the series, makes the orange sand fall all the way to the last of the chambers. When sand falls from the first chamber into the second, it counts “one minute”. Once the sand has drained from the second chamber into the lower one, “two minutes” have passed.

–The fourth, times three, starts from three puddle-like chambers of the same size through which the sand slides in three different tempos. 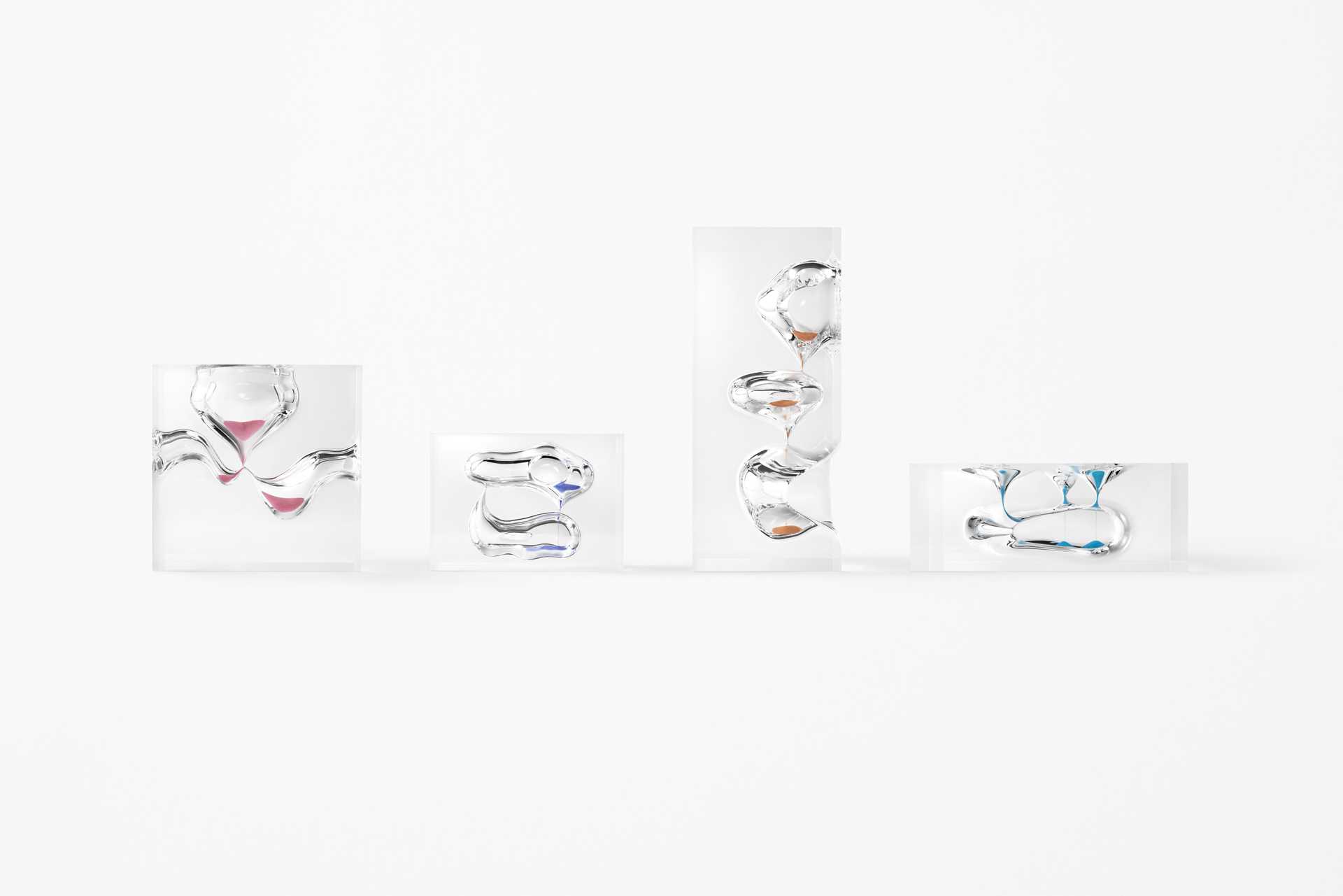 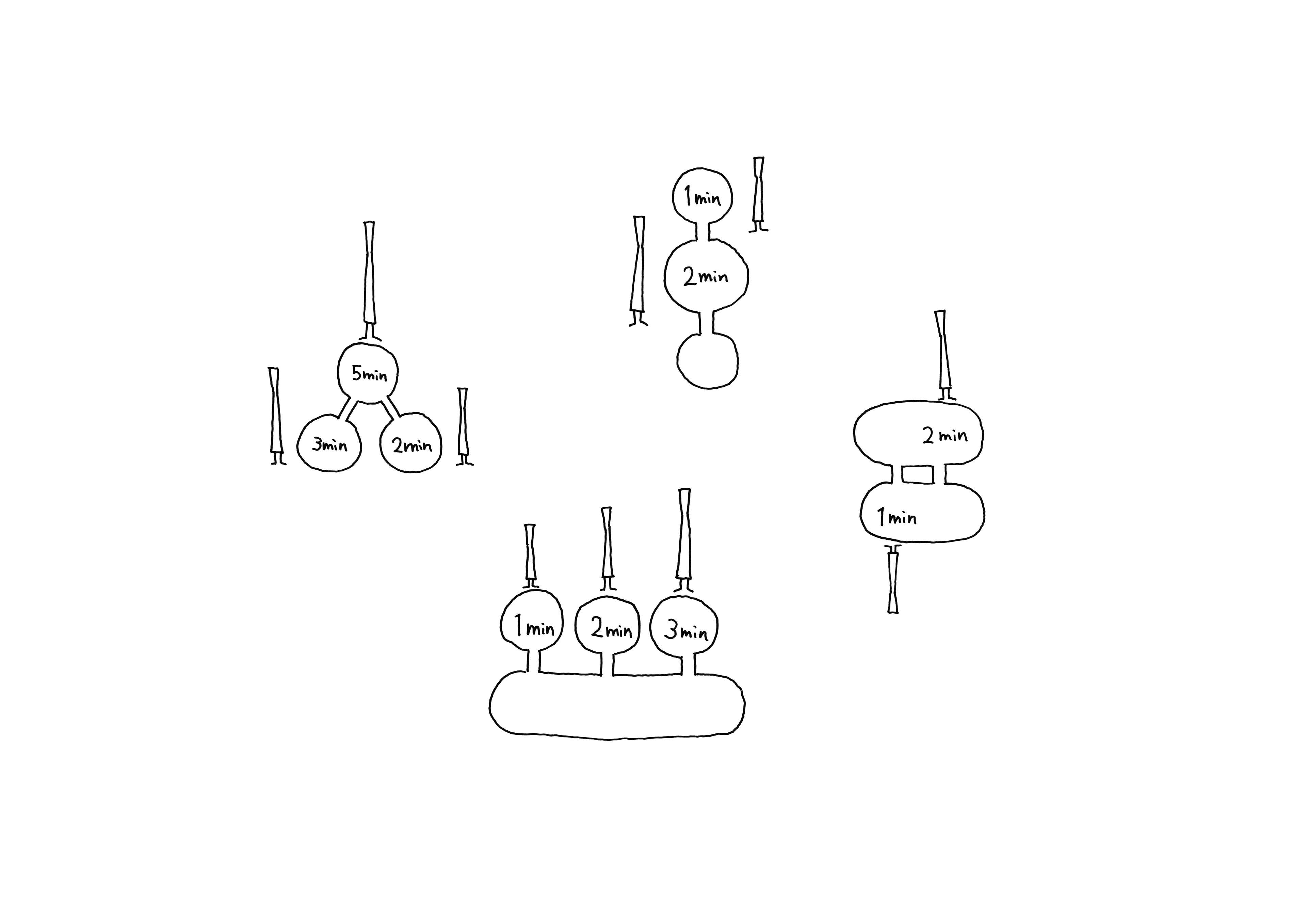