Located near the city’s main station, the building is positioned on the south edge of a plot of over two hectares that preserves the memory of the place: a 19th-century train hall and other industrial constructions. The architecture acts as a hinge between the urban fabric and the new public space.

As an urban strategy, a new void forms a public plaza amid the three museums. The largest one, the fine arts institution, presents itself as a longitudinal monolith protected by railway tracks: hermetic toward the south, permeable towards the north. The architects reference the past of the place through fragments, including part of the original train hall, with the old arched window playing a leading role.

The ground level, thought out as an extension of the plaza, accommodates the entrance and other key public areas: café, bookstore, auditoriums, etc. Inside the foyer, the preserved fragment takes on its full role as a component of the new MCBA’s structure. The carved arch resonates with the tranquil, double-height space of the foyer and gives views of the train tracks. This continuous void organizes the program, connecting the three stories and separating the permanent collection (east) from the temporary exhibitions (west).

The upper level is brightened up by trapezoid-shaped, modular roof openings that face north, diffusing natural light and creating optimal illumination for displaying artworks. n built-in system of blinds enables meticulous regulation of the amount of daylight entering the rooms, obtaining a dim atmosphere when required. 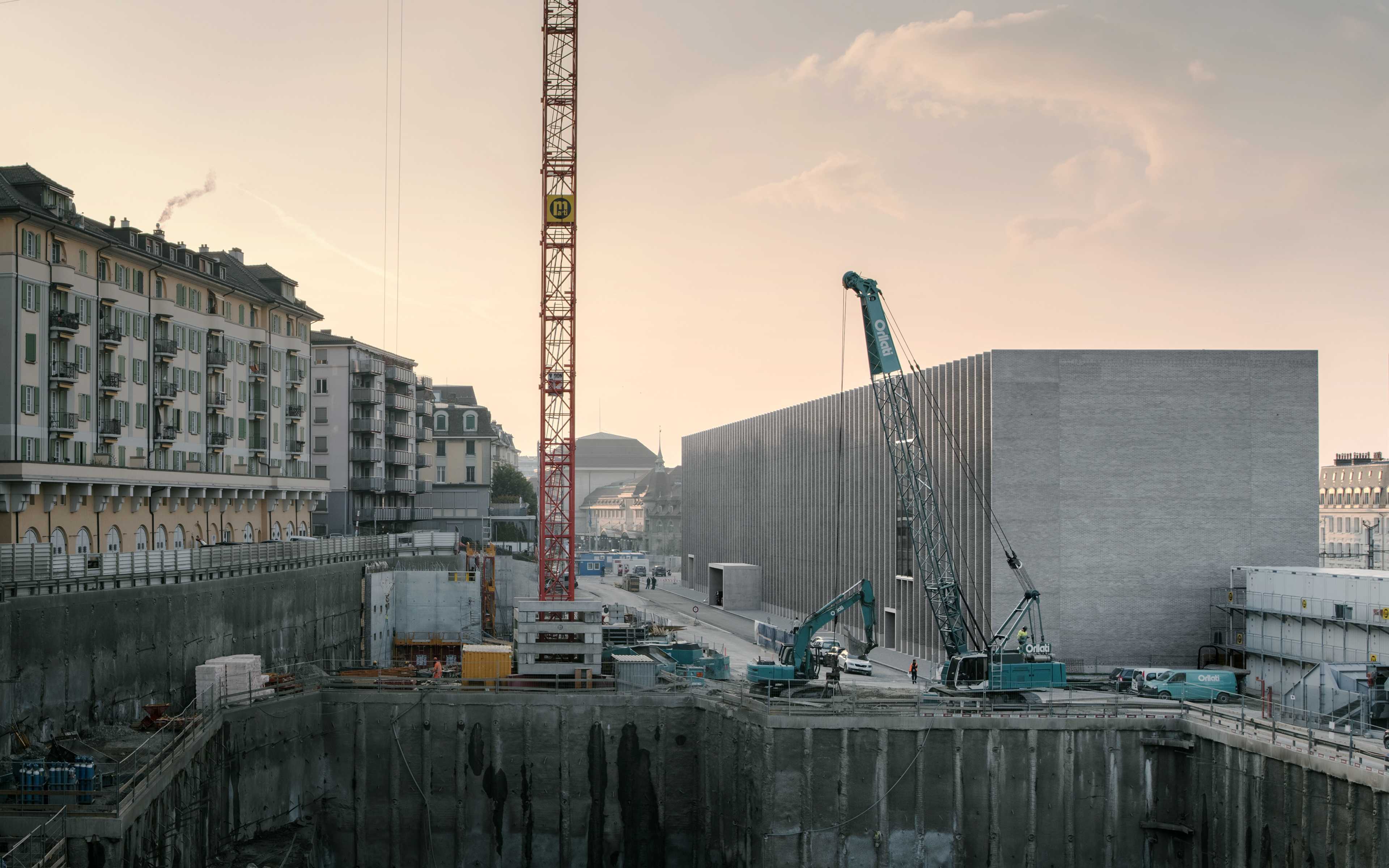