The idea was for the library to be an attraction not only for the students, but also for the people of the town at large, after school hours, so it was designed in such a way that the interior would be a quiet place for study and concentration, while children could play, explore, or simply rest on top of the building.

The architects were delighted from their very first visit to the place, discovering geodesic structures amid nature that they used as inspiration when deciding what type of construction the library should be. After several studies with forms and materials, they were captivated by the construction technique behind Catalan vaults of the 16th century and by the work of Eladio Dieste, and proceeded to apply the system through the RhinoVAULT plug-in developed by the Block Research Group at ETH. In this way, the project became a gathering of universal nuggets of knowledge that yielded a transitable, 44-meter-long, undulating brick roof in the middle of the daily routine of the students. 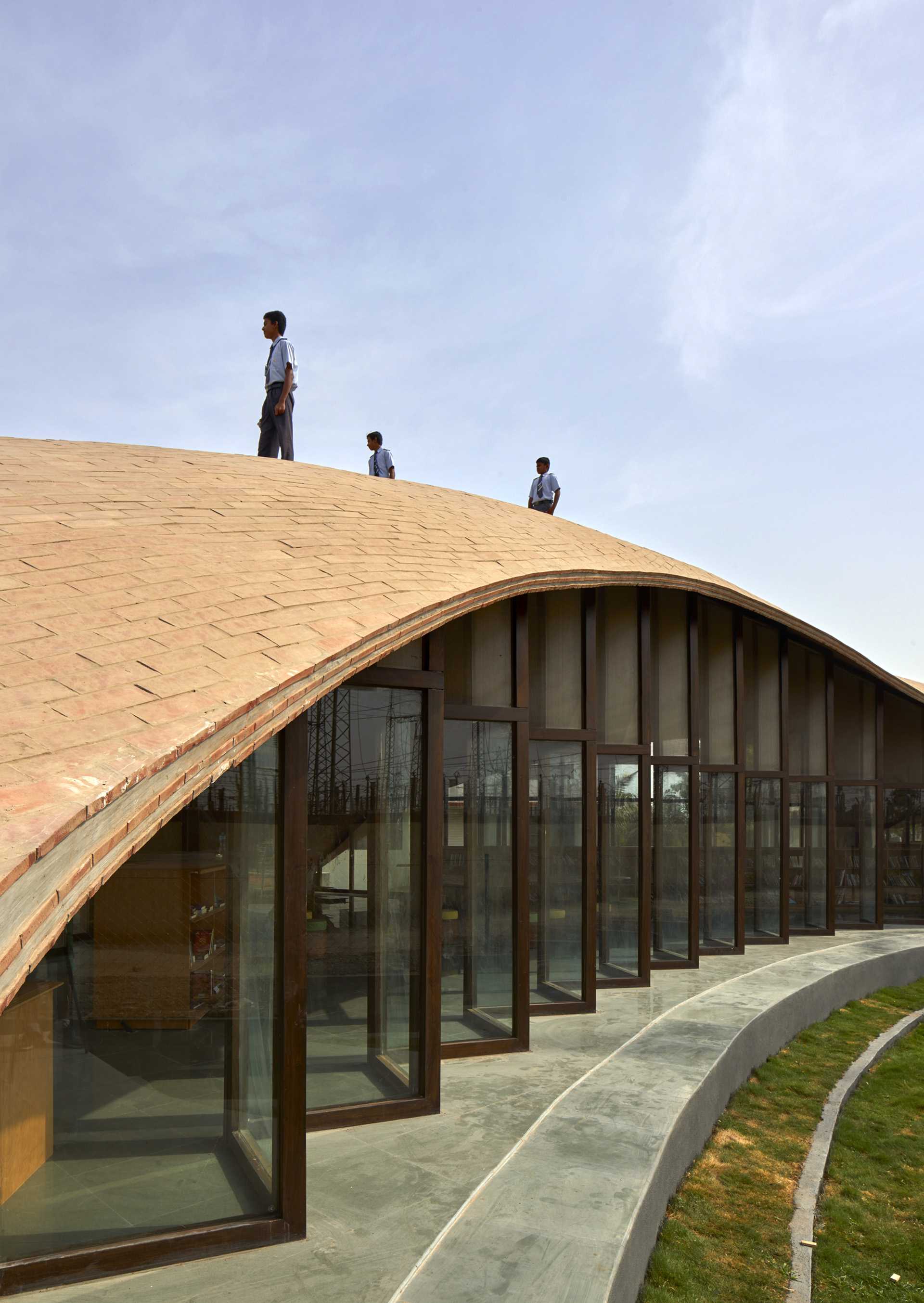 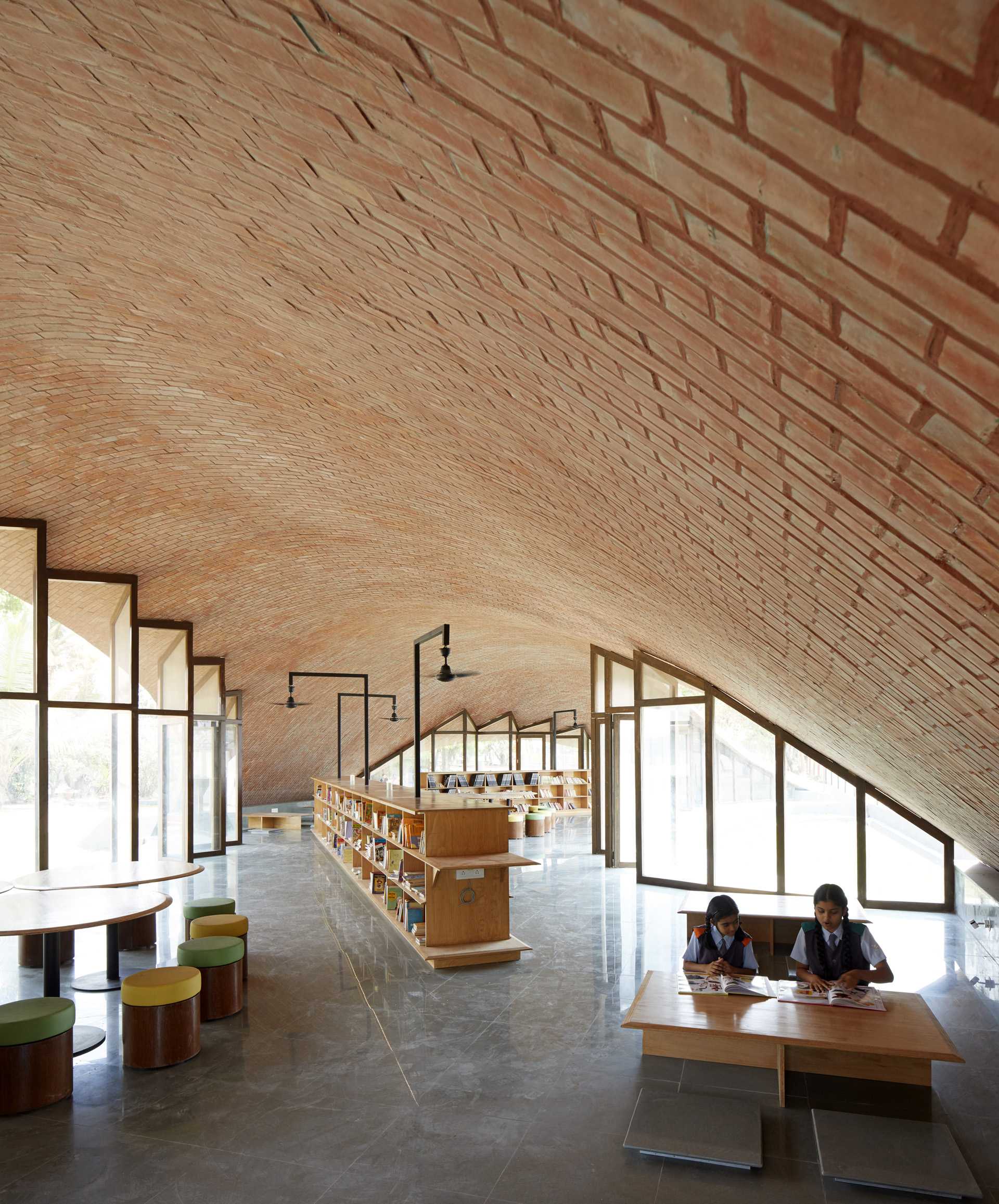 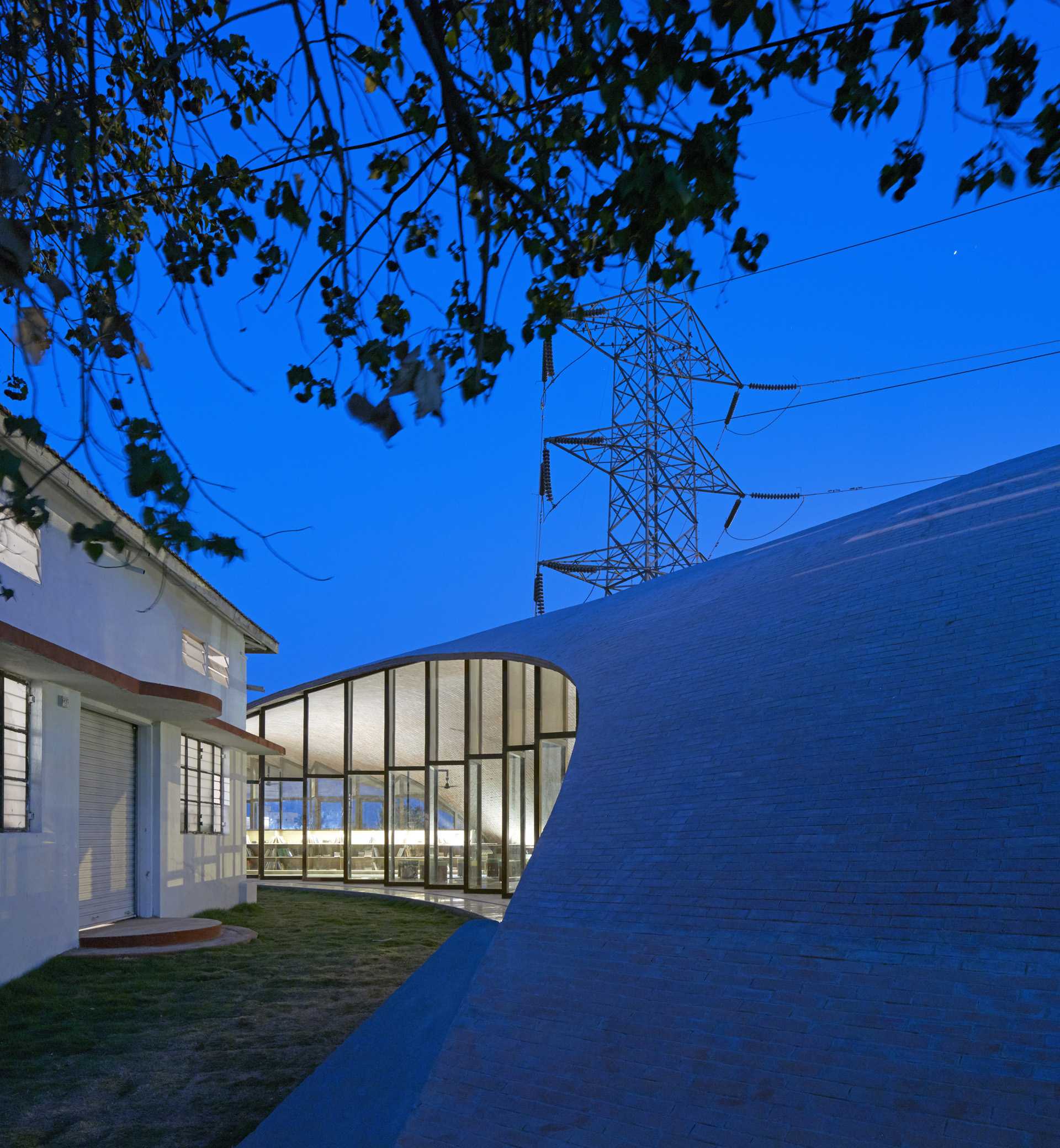 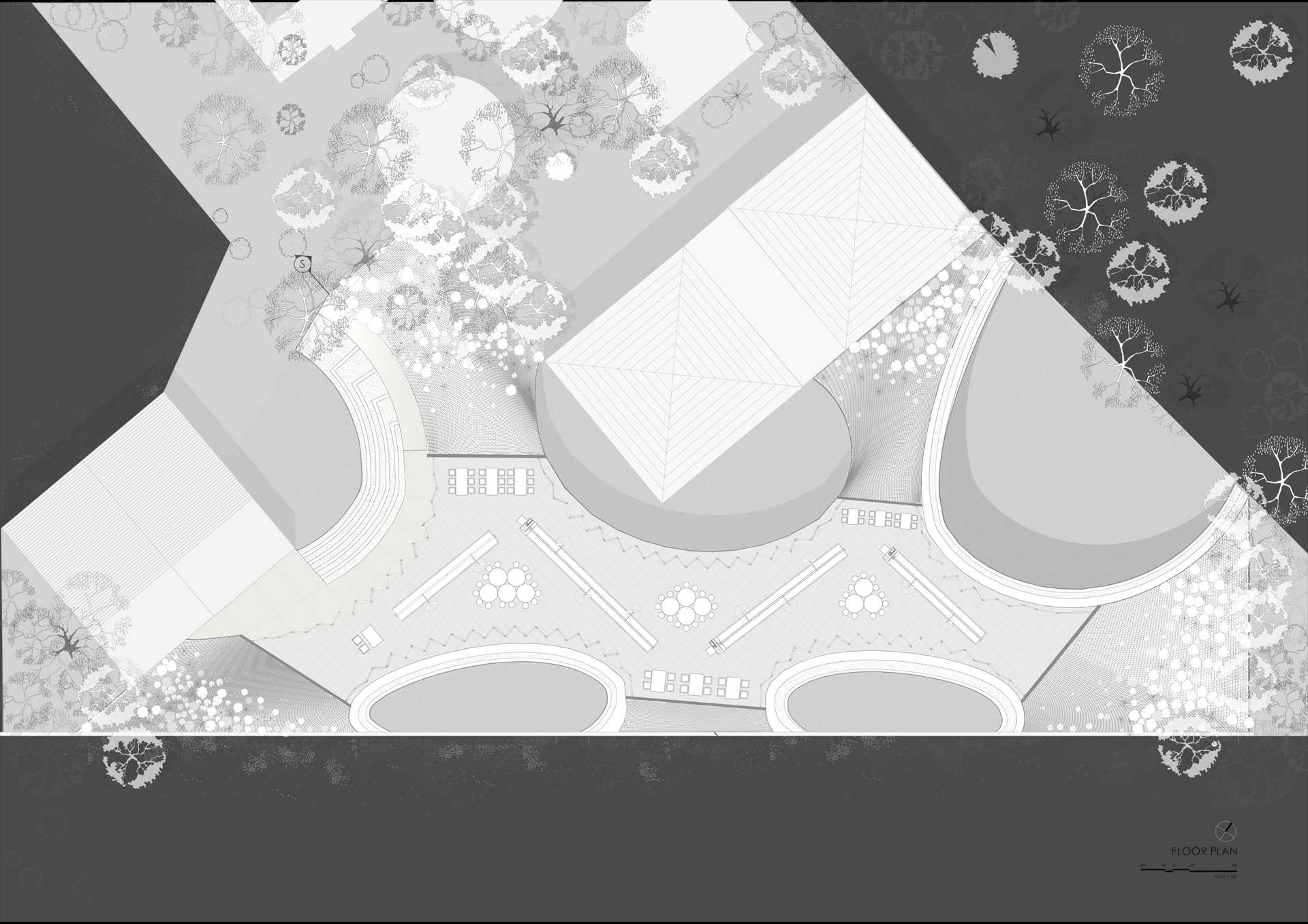