Topa Sukaldería
Andoni Aduritz with Cosentino
San Sebastian, Spain
Andoni Luis Aduriz (San Sebastian, 1971) studied at the Escuela de Hostelería of his home city and then moved to Catalonia to work with Ferran Adrià and learn the fundamentals of contemporary cuisine.

Upon completing culinary studies and working with Ferran Adrià at El Bulli, Andoni Luis Aduriz embarked on his solo career with the Mugaritz project. Launched in 1998, since 2006 the restaurant has two Michelin stars to its name. Mugaritz is located in a unique natural setting that offers a blank canvas for creation, in a space surrounded by tradition and local produce. The success of Mugaritz (it has made the top 10 of The World’s 50 Best Restaurants Awards list for over ten years now) encouraged the chef to open a new place, TOPA Sukaldería, this time in the very heart of the Gros quarter in San Sebastián. In this way Aduriz brings the rigorous culinary research of Mugaritz to the historic center, in a more casual and urban atmosphere. The design project features surfaces manufactured by Cosentino, including ultracompact Dekton slabs or the Eco Line series of Silestone, in tune with other recycled elements used in the space. 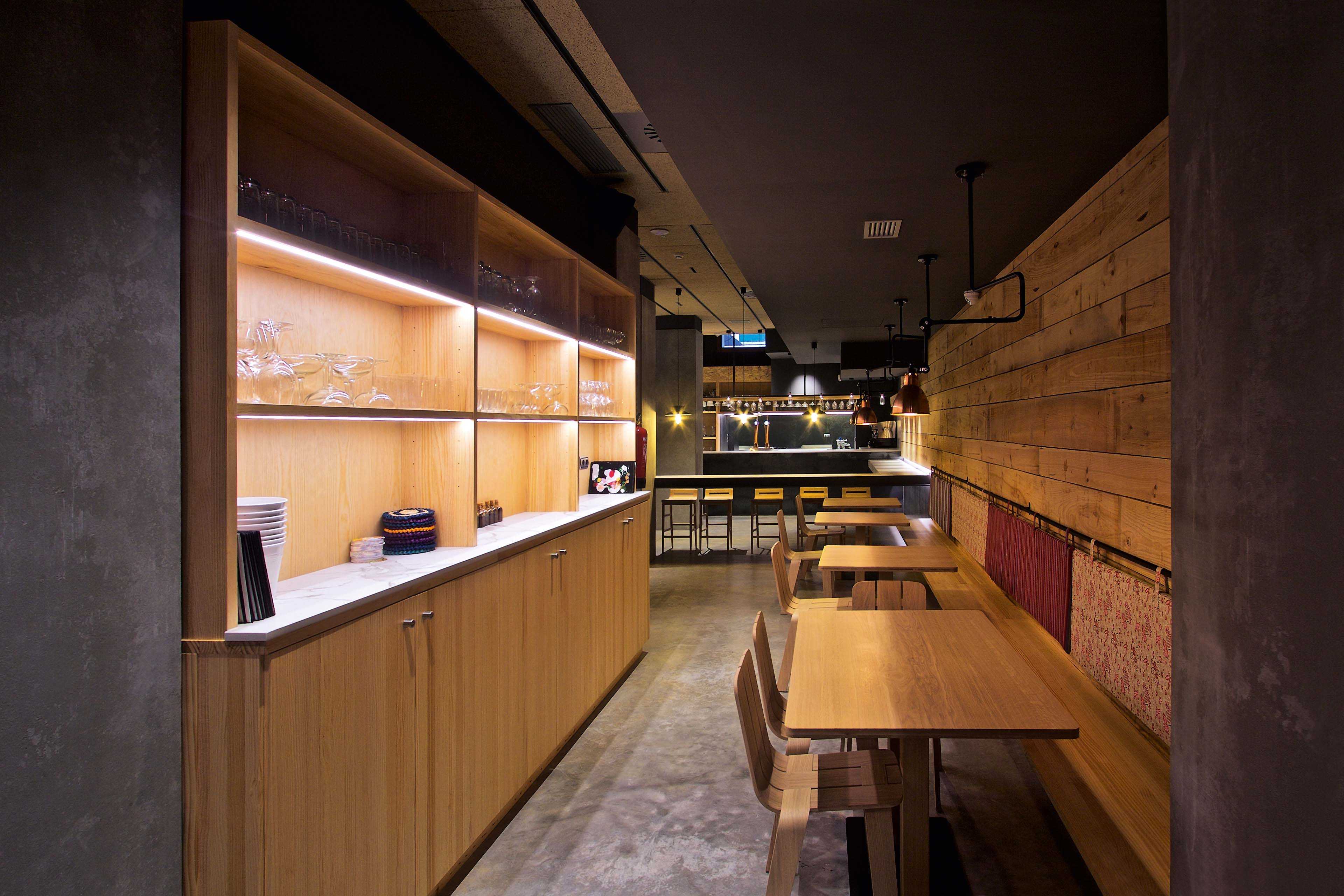