Alvaro Siza en China
Shihlien Group Offices
Shihlien, China
Designed by Álvaro Siza and Carlos Castanheira, the office building for Shihlien Group curls up on an artificial lake that supplies the company with the water needed for its industrial processes.

Like a coiled, sleeping dragon, the new office building for the company Shihlien Chemical Industrial Group emerges at the center of an artificial lake in the city of Huaiyin, in the Chinese province of Jiangsu. The idea of placing the building over the lake was present in the master plan for the complex, because the factory needs a significant water reserve to guarantee constant production. The building, with offices organized in two levels, consists of an elongated strip that curls like a horseshoe and is connected to the rest of the areas by two perpendicular footbridges that extend the urban pattern of the industrial complex. The workspaces are organized in a comb-shaped plan along a curved line that functions as a central distribution corridor. With a marked sculptural character, the undulating lines delimiting the main volume look in opposite directions, generating circulation spaces that flow throughout the perimeter and perspectives that open up to the industrial landscape.
_x005F_x000D_ Conceptually speaking, the building floats over the water (and is in fact known as ‘The Building on the Water’), but constructively the structure is held by piles at the bottom of the pond, eight meters deep. The apparent lightness conveyed by the lake’s reflection is intensified by the supports that are concealed and recessed, and also by the lower, cantilevered platform, revealing an empty space between the water and the building. 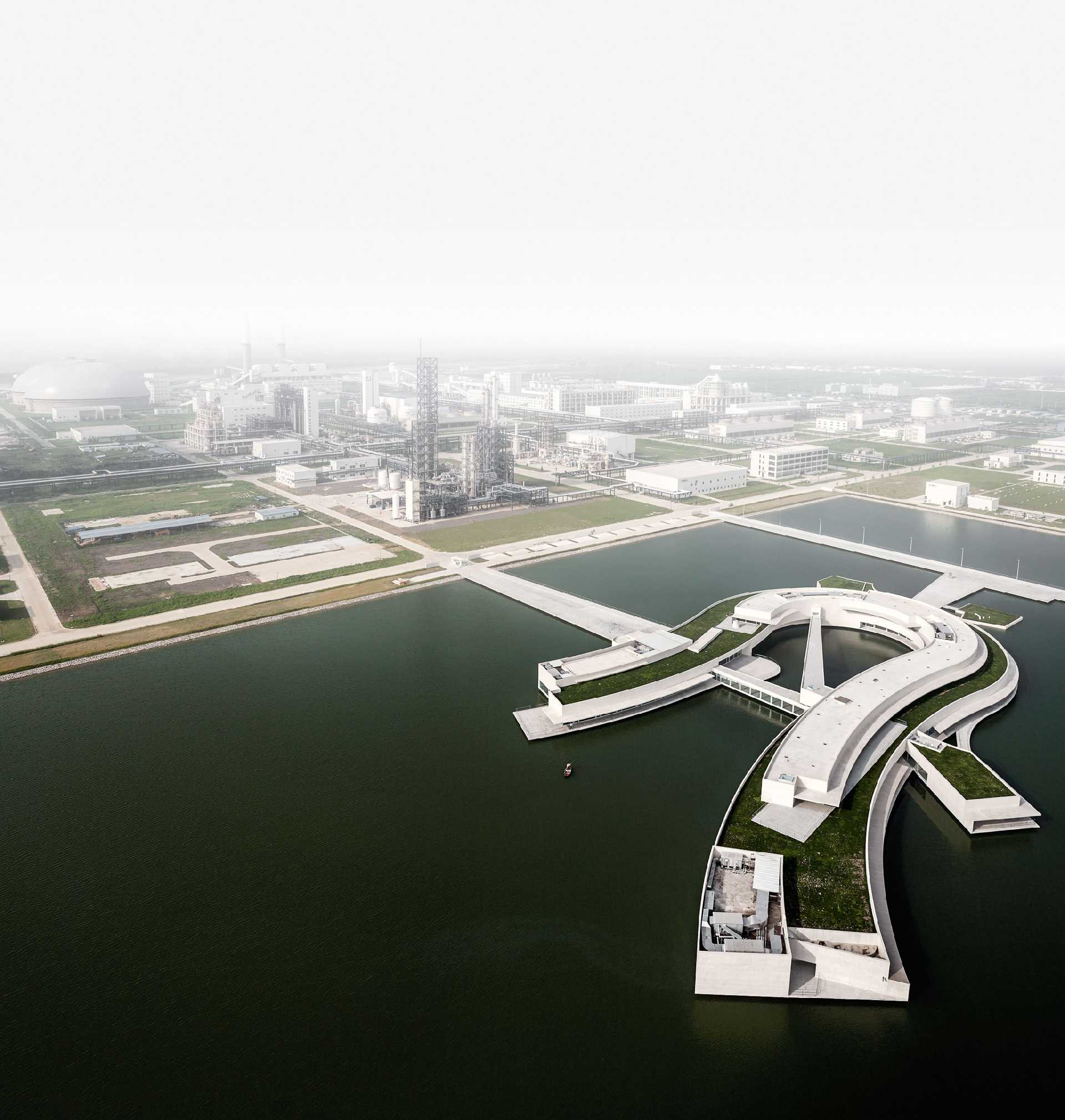 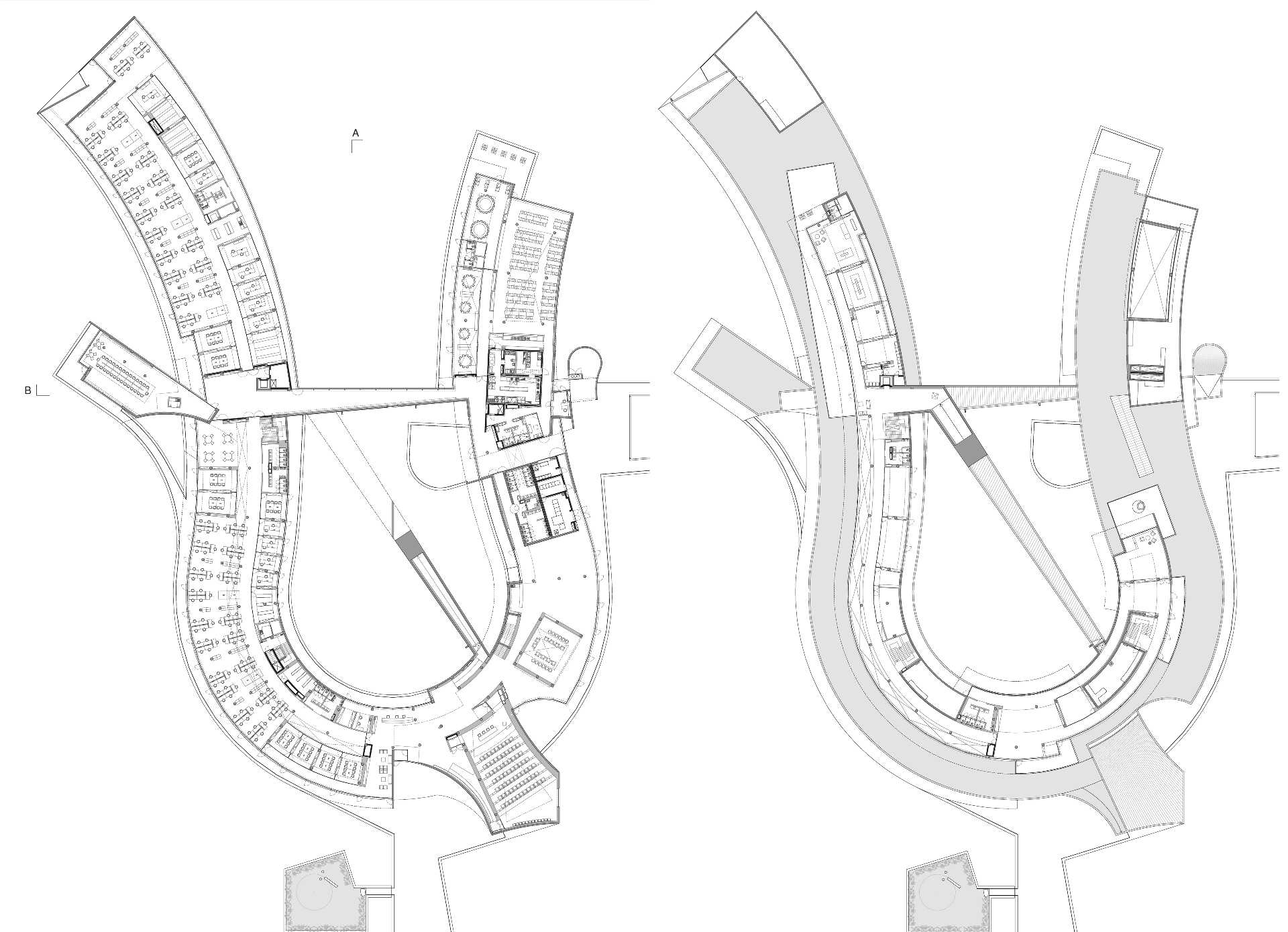 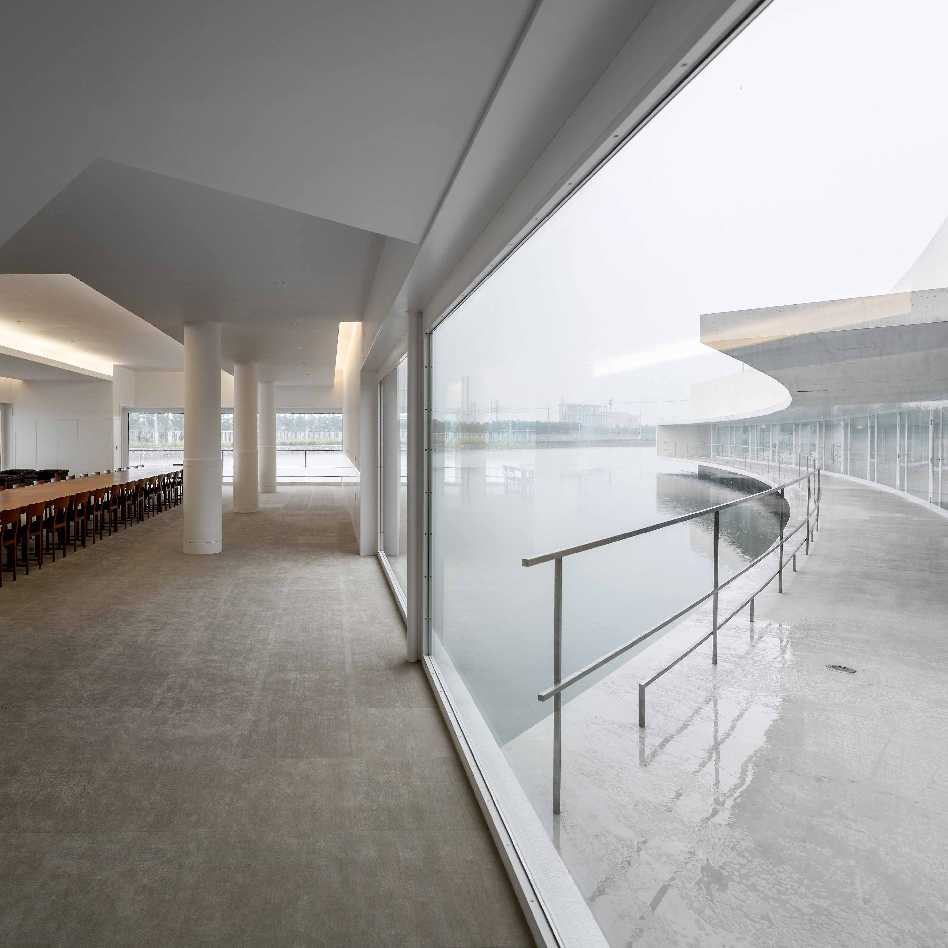 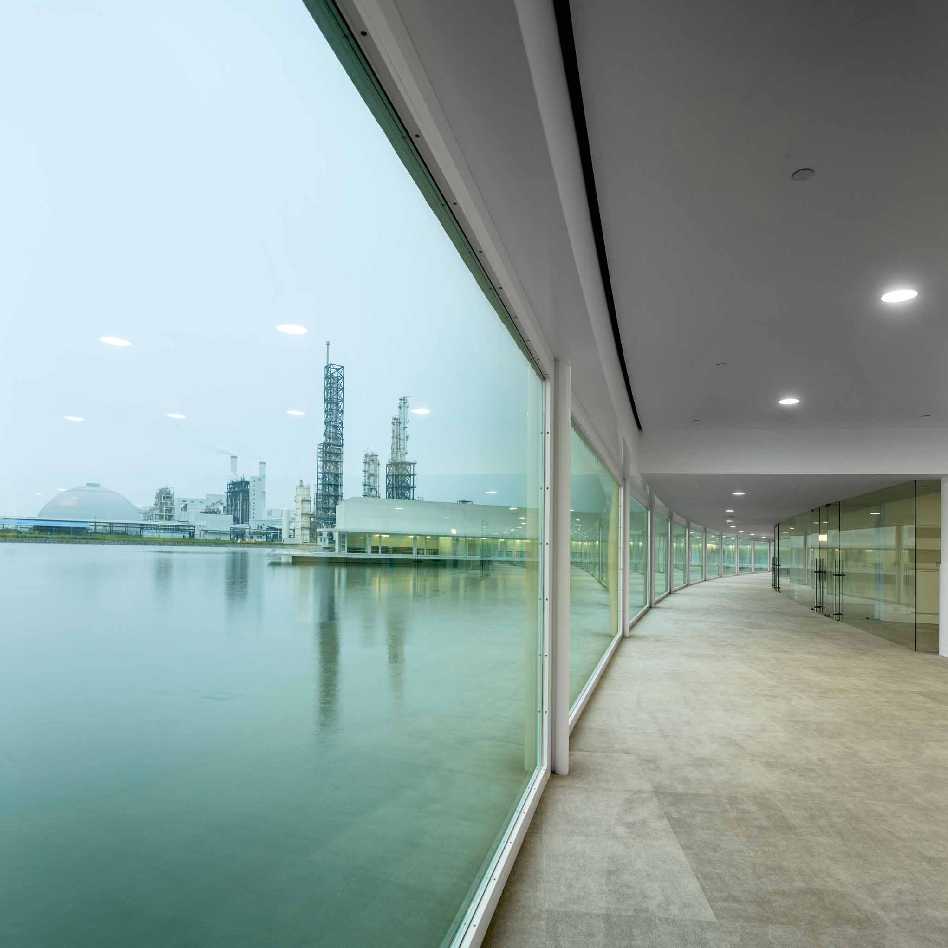 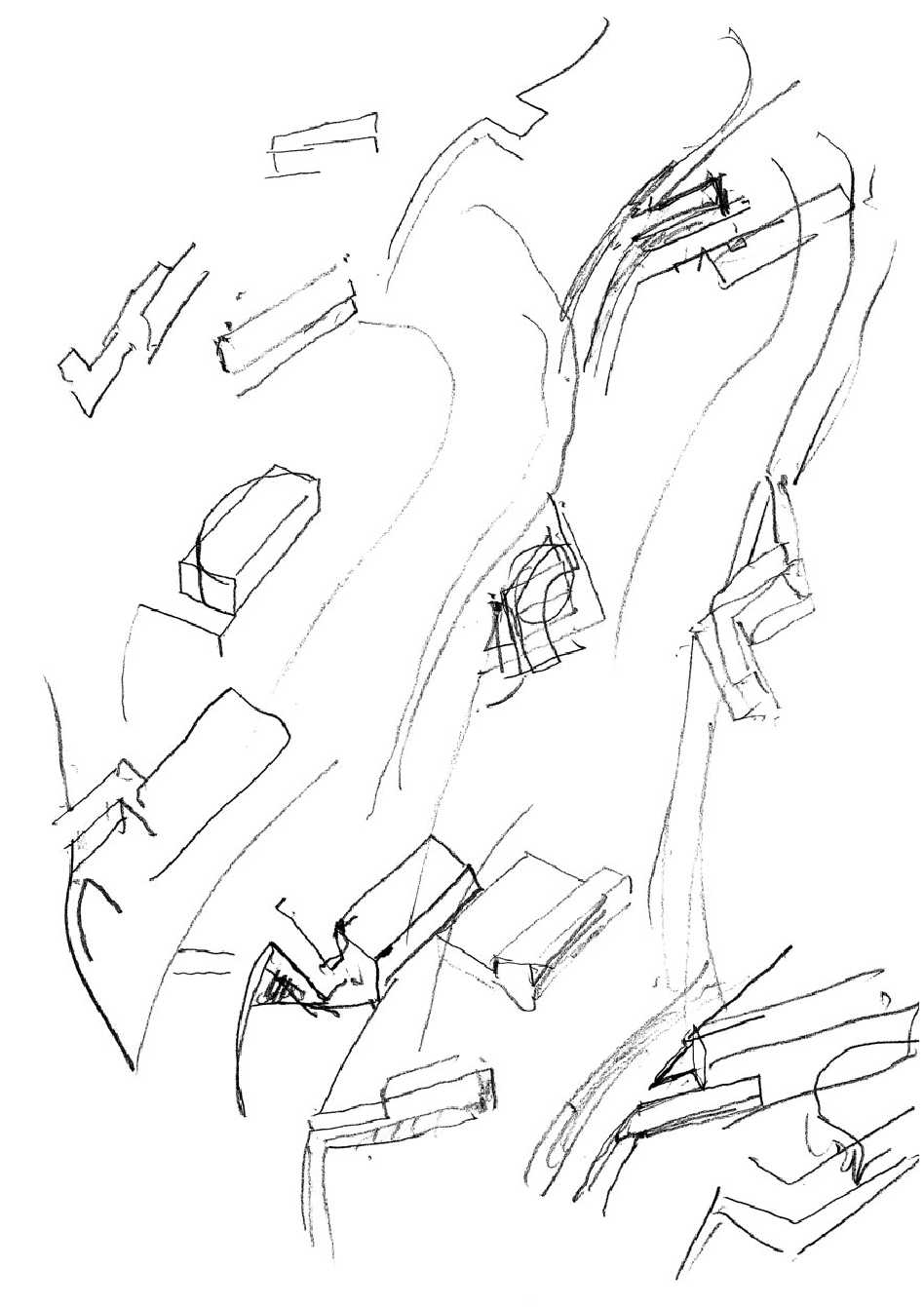