The perfect solution for an extra large house

The owners of this house, located in a privileged position near Madrid, had been living in the USA for many years. When they came back to Spain, they were very clear about three things: they wanted a house in which black tones stood out, both in the architecture and interior design, that reflected the North American volumetric codes and that was very well interconnected. They needed the architect, interior designer and landscape designer teamed up to give meaning to the project. “As they had been living abroad for a long time, they didn’t know exactly who would be able to meet their demands, so they decided to launch a tender”, explains interior designer Raúl Martins.

“Although we were given total freedom to propose different solutions, they were strict about the colour. Obviously, such requirements can make a project more complicated, but also much more interesting. I believe that an architect or interior designer has a duty to be empathetic with the customers and to look for the best solutions to meet their needs”. In the search for these solutions, the collaboration with architect Francisco Noguera was key. The design of the space was complicated at an architectural level, as it was necessary to minimise the impact of a black exterior in a sunny city like Madrid, but also at a volumetric level.

“It was very enriching working with Francisco. I love the architects’ view of scale, the importance they give to finishes and their concern for the interaction between materials”, says Raúl. This was especially important in the common areas of the house, where the architecture is sometimes more similar to that of a hotel, with ceilings of up to 5 metres. “The works were difficult. It took two and a half years to complete. But the result was better than the owners expectations. They were delighted with the integration between the shape of the building itself, which has a surface area of 2,200 m2, the interior design and the landscaping work by Fernando Pozuelo, which gave context to the whole”.

The large open areas required a large-format floor to emphasise the generous proportions. It also needed to be very hard-wearing and feature a range of black tones and subtle veins. “Given all these limitations, I decided to visit Cosentino City Madrid. As always, the team of advisors helped me to find a selection of samples suitable for the project”, he explains. They finally opted for a floor in Dekton Keranium, which with its 320 x 144 cm format and matt finish, achieved the desired effect.

The high resistance to scratches and stains of this ultra-compact surface, together with the possibility of a clean installation and minimal joints, made Dekton the most suitable material for a living area designed to welcome guests.

“The team of advisors at Cosentino City Madrid helped me to find the most suitable material for my customers needs”. 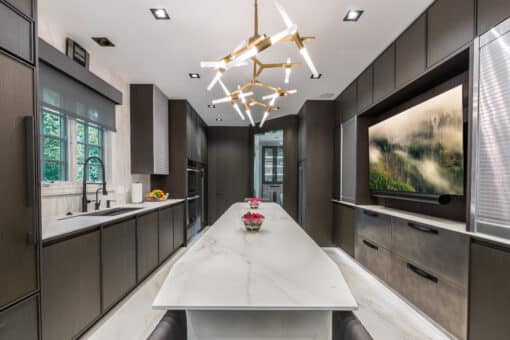 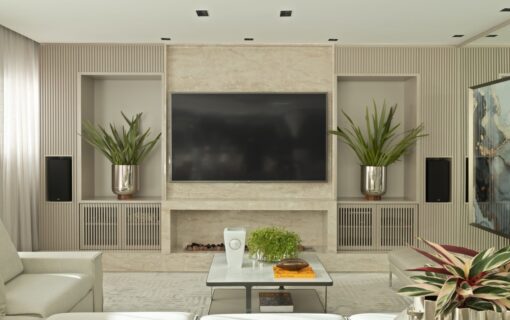 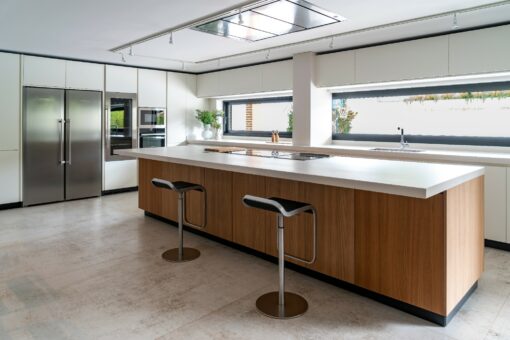 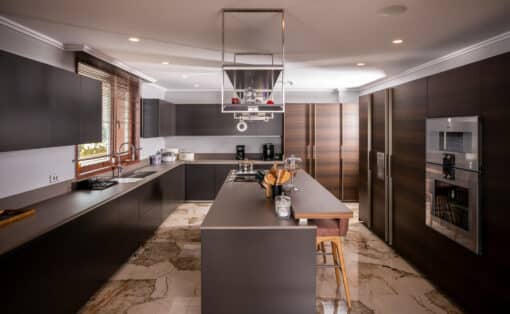 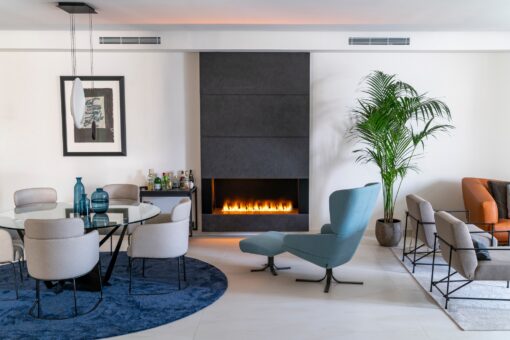 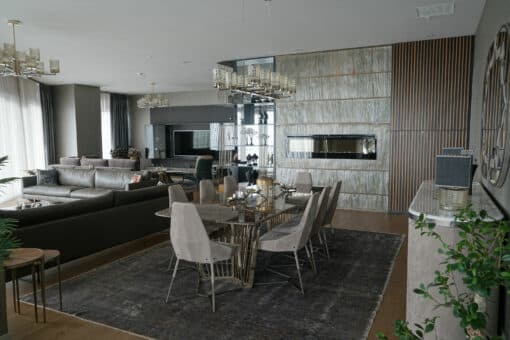 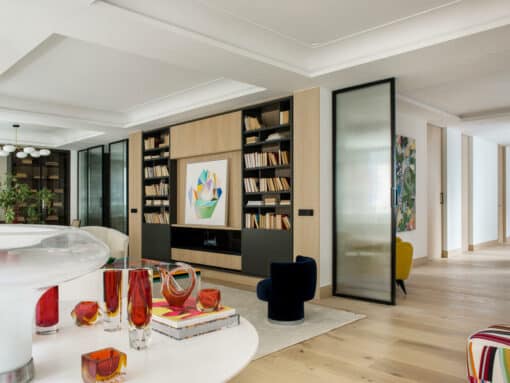