Parish in Pueblo Serena
Moneo Brock
Monterrey, México
A new point of reference in the mountain landscape of Pueblo Serena leads us to the center of the community.

The belfry of the new Iglesia de El Señor de la Misericordia rises 43 meters as part of a structure of long geometrical arms stretching from the central hall to the heavens. One wants to attract visitors from afar, while the other three serve to illuminate the interior space indirectly. Because of the intense climate of the city of Monterrey, it was important to avoid any direct radiation that could raise indoor temperature uncontrollably. These three skylights are set over the side chapels, and slant to obtain different colors of light. 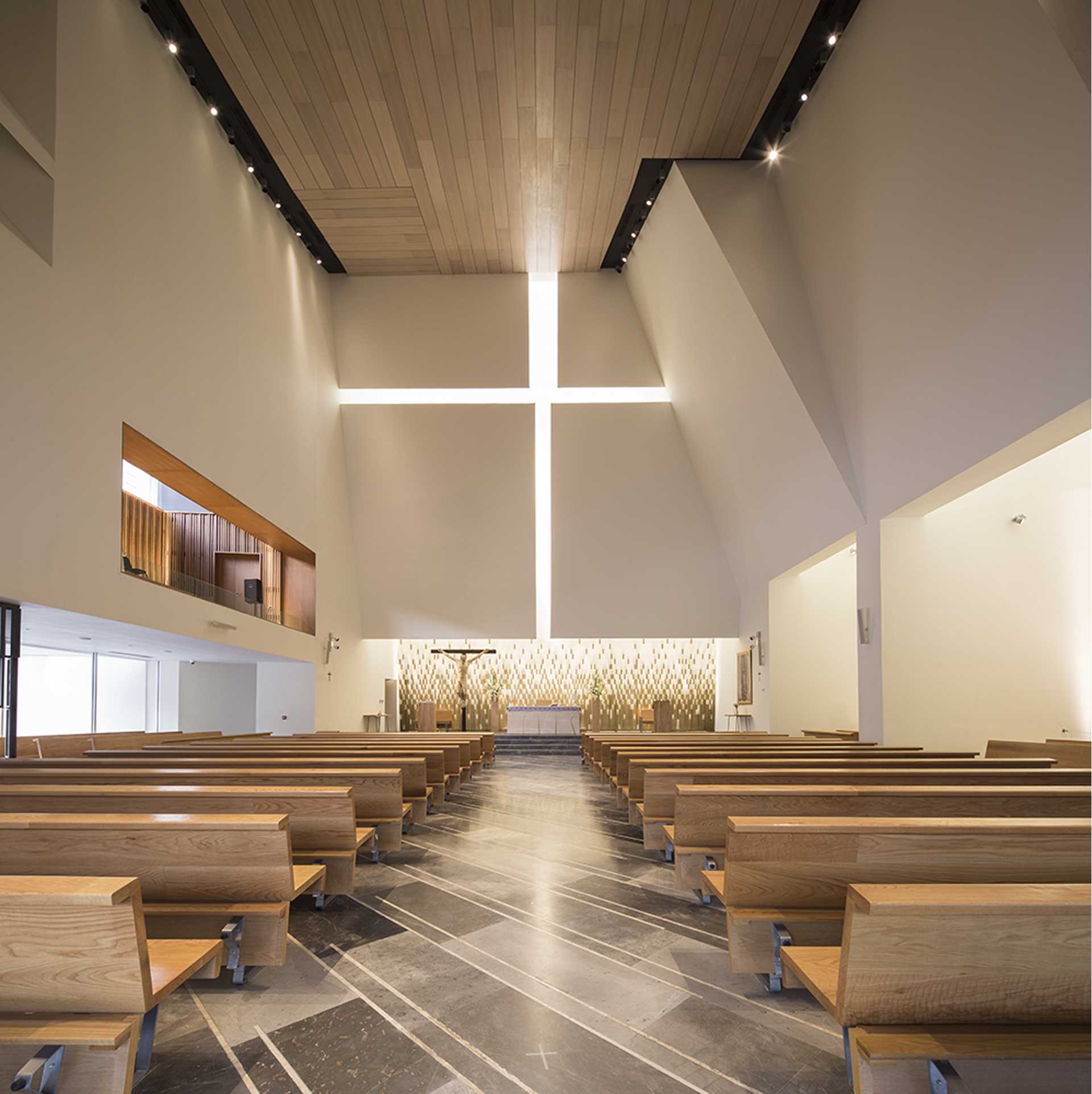 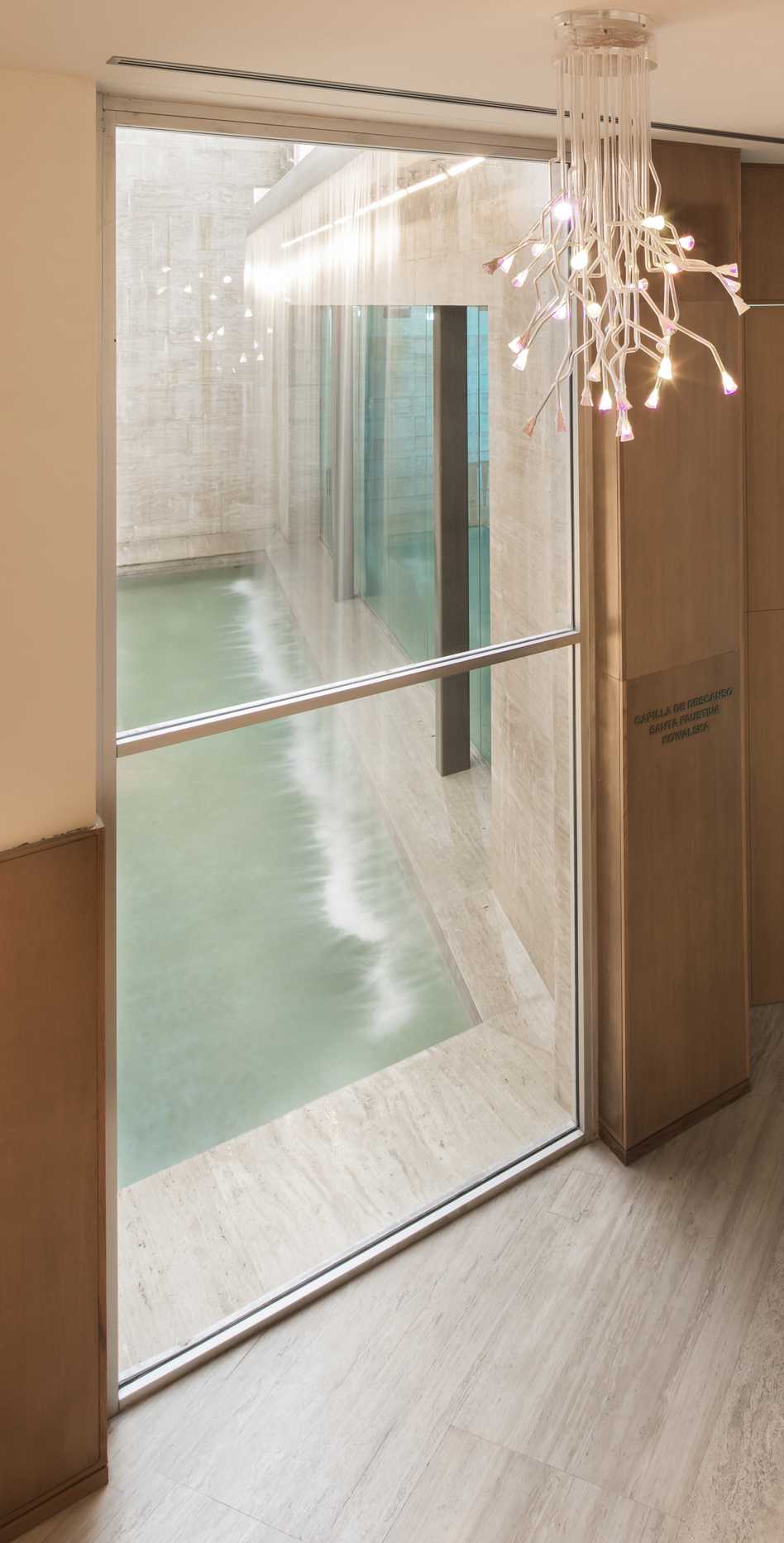 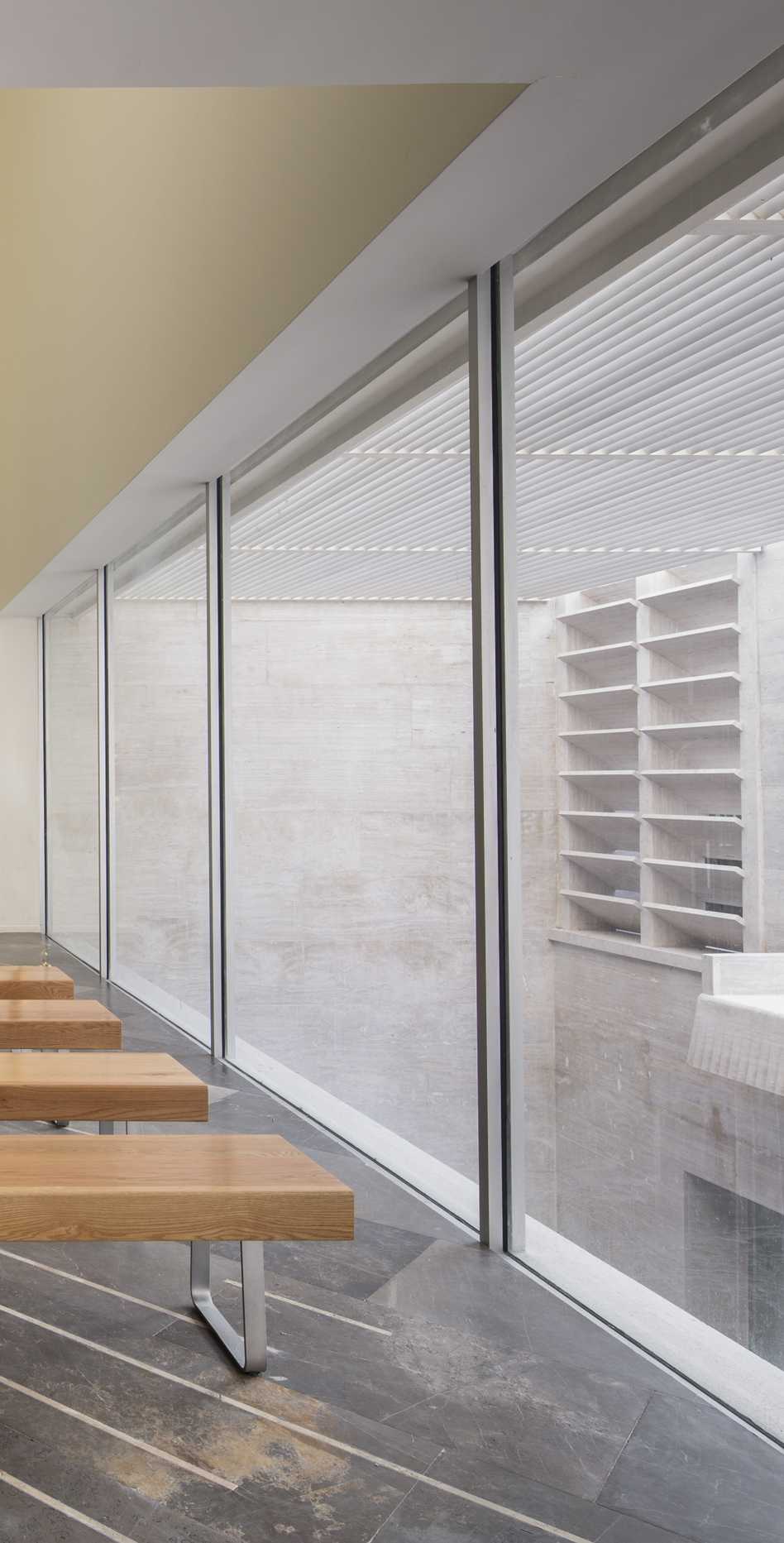 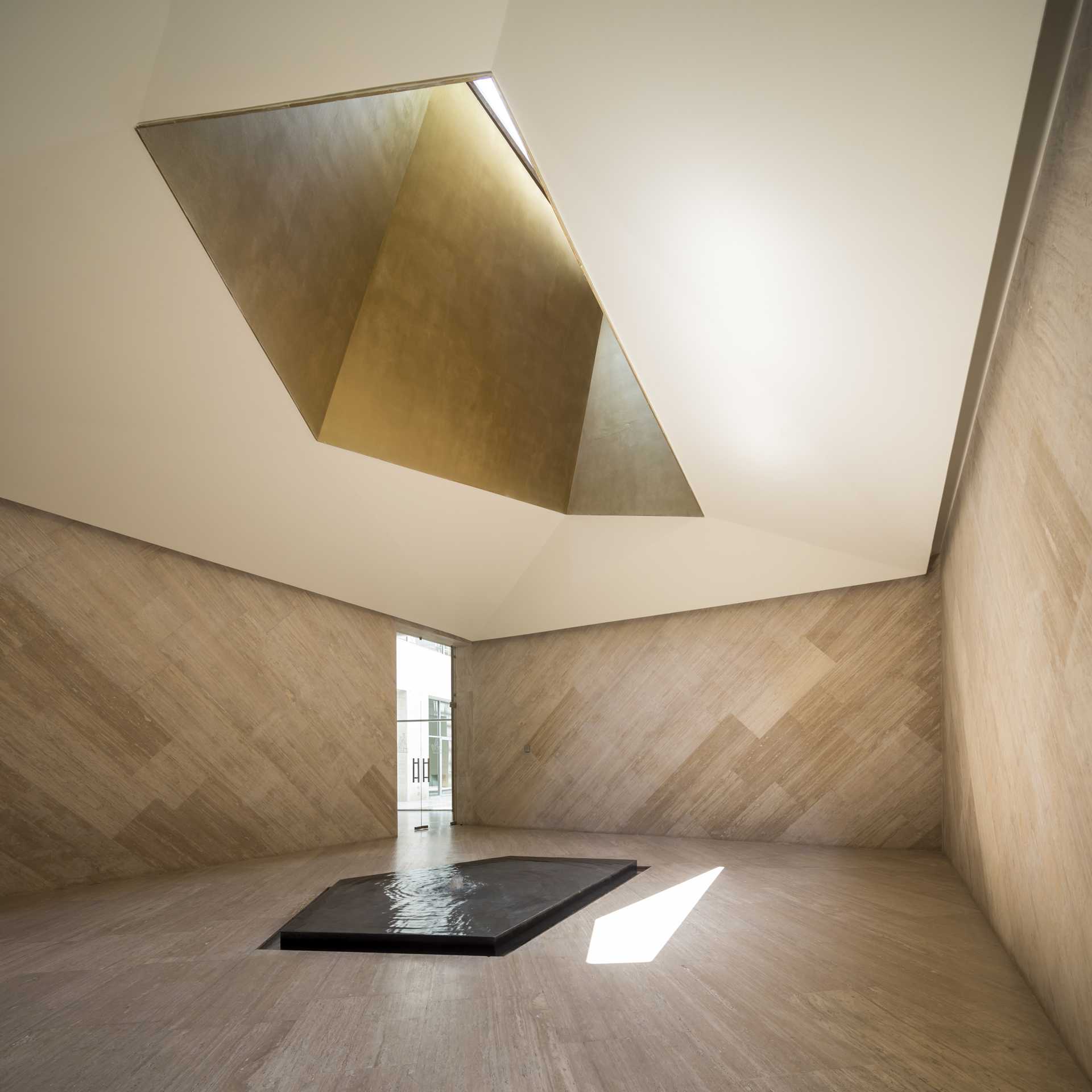 The main hall closely engages with its surroundings. A series of anterooms embraces it, opening into it fully or partly. Other elements, such as the large canopy that protects the entrance, connects it to the exterior in a fluid manner, like an extension of the interior when the congregation exceeds the temple’s capacity. Moreover, to improve indoor conditions without resorting to air conditioning, a roof was designed with a space between the outer structure and the inner enclosure, acting as a thermal barrier. 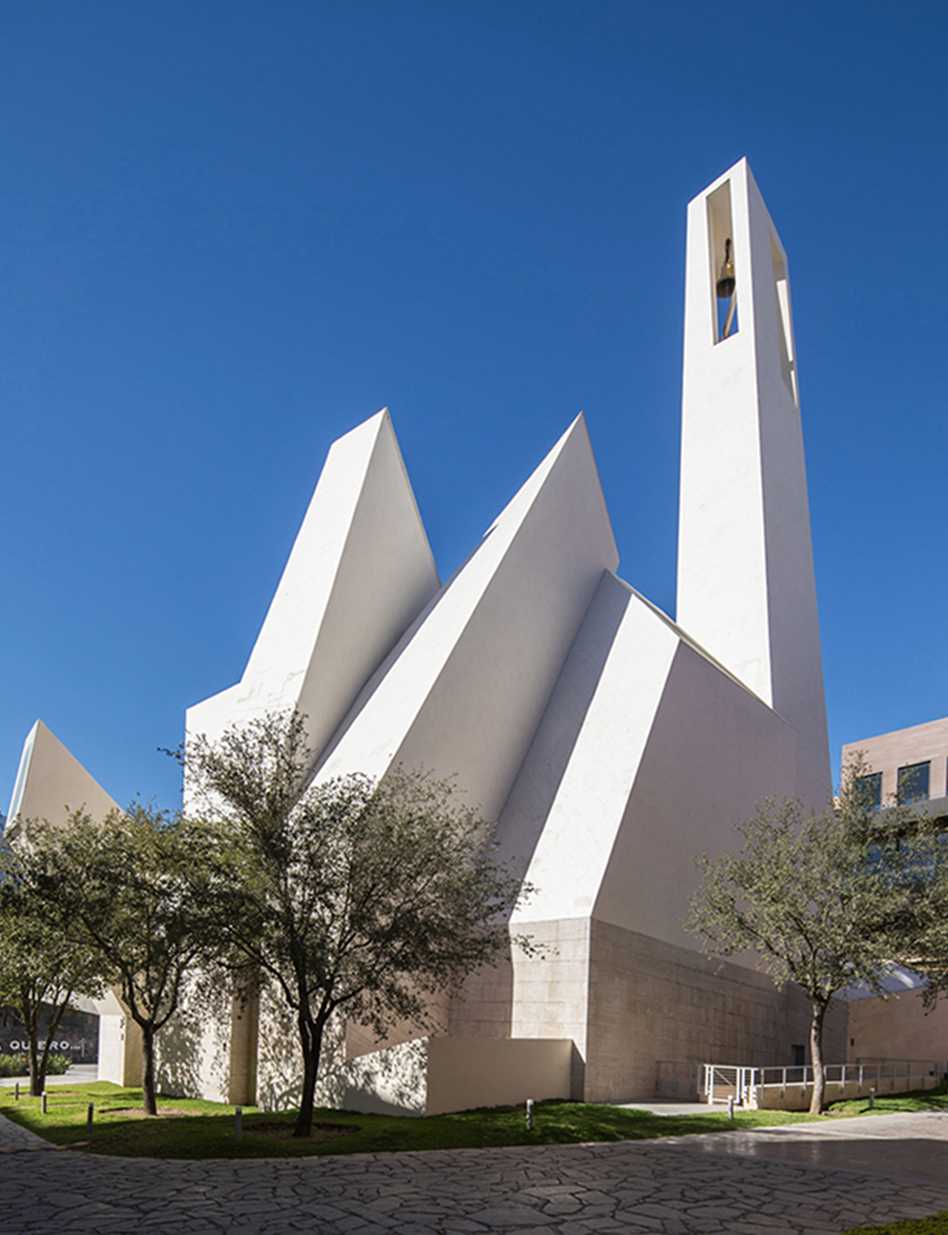 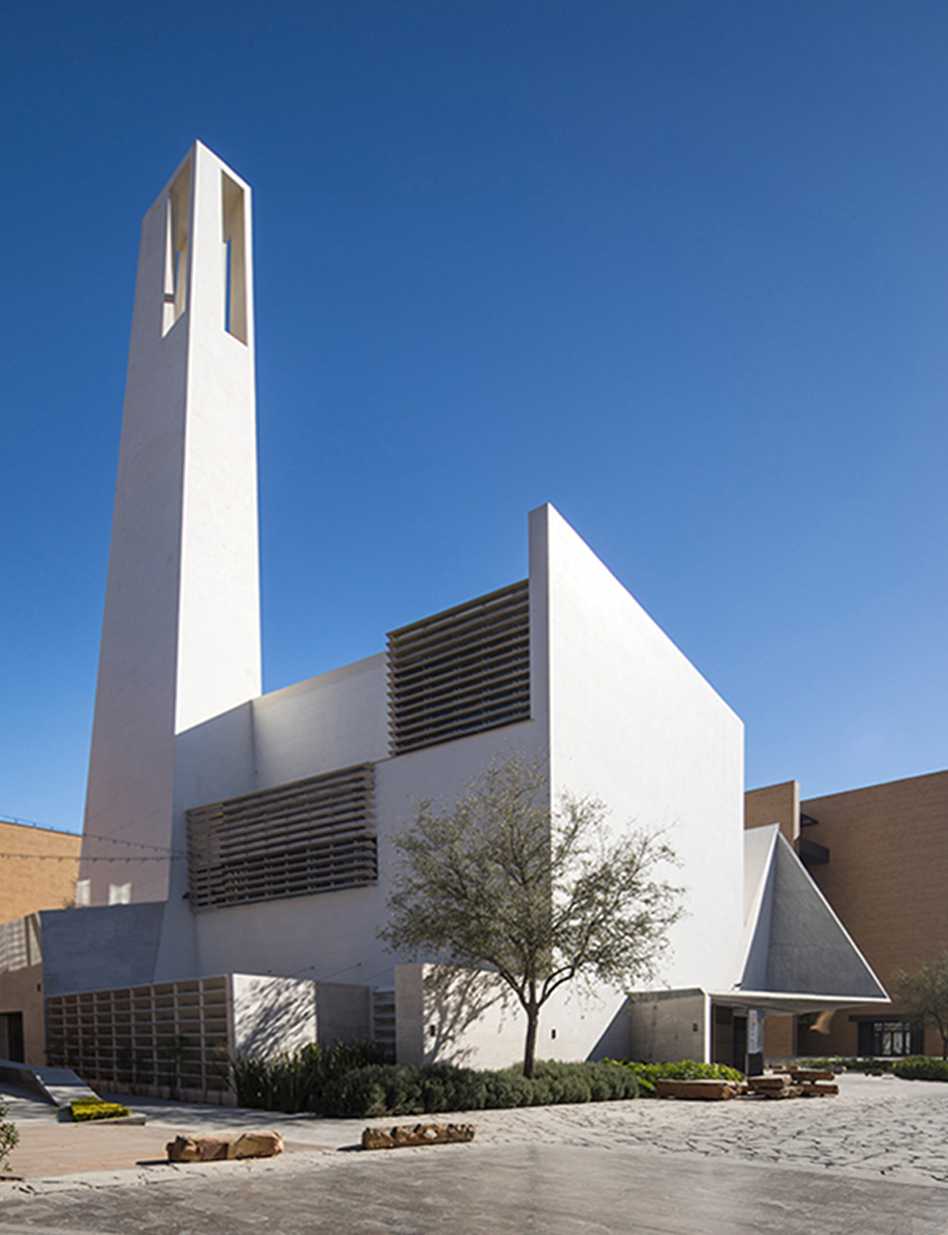 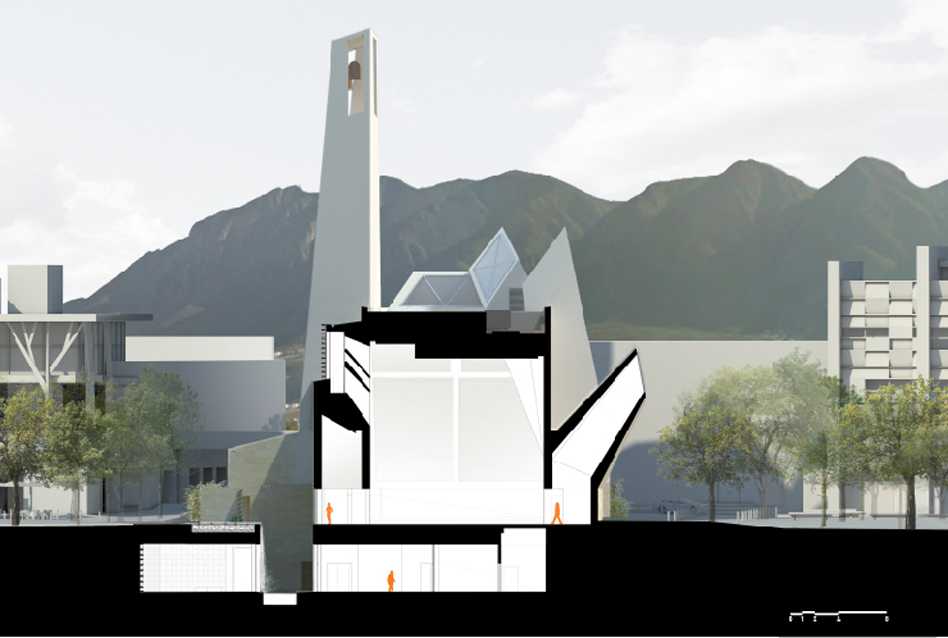 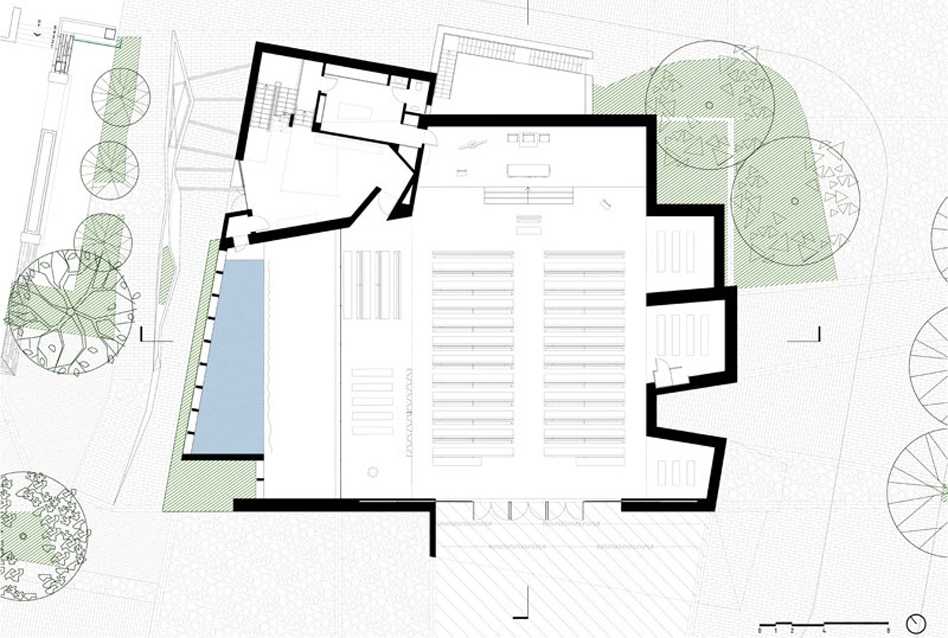 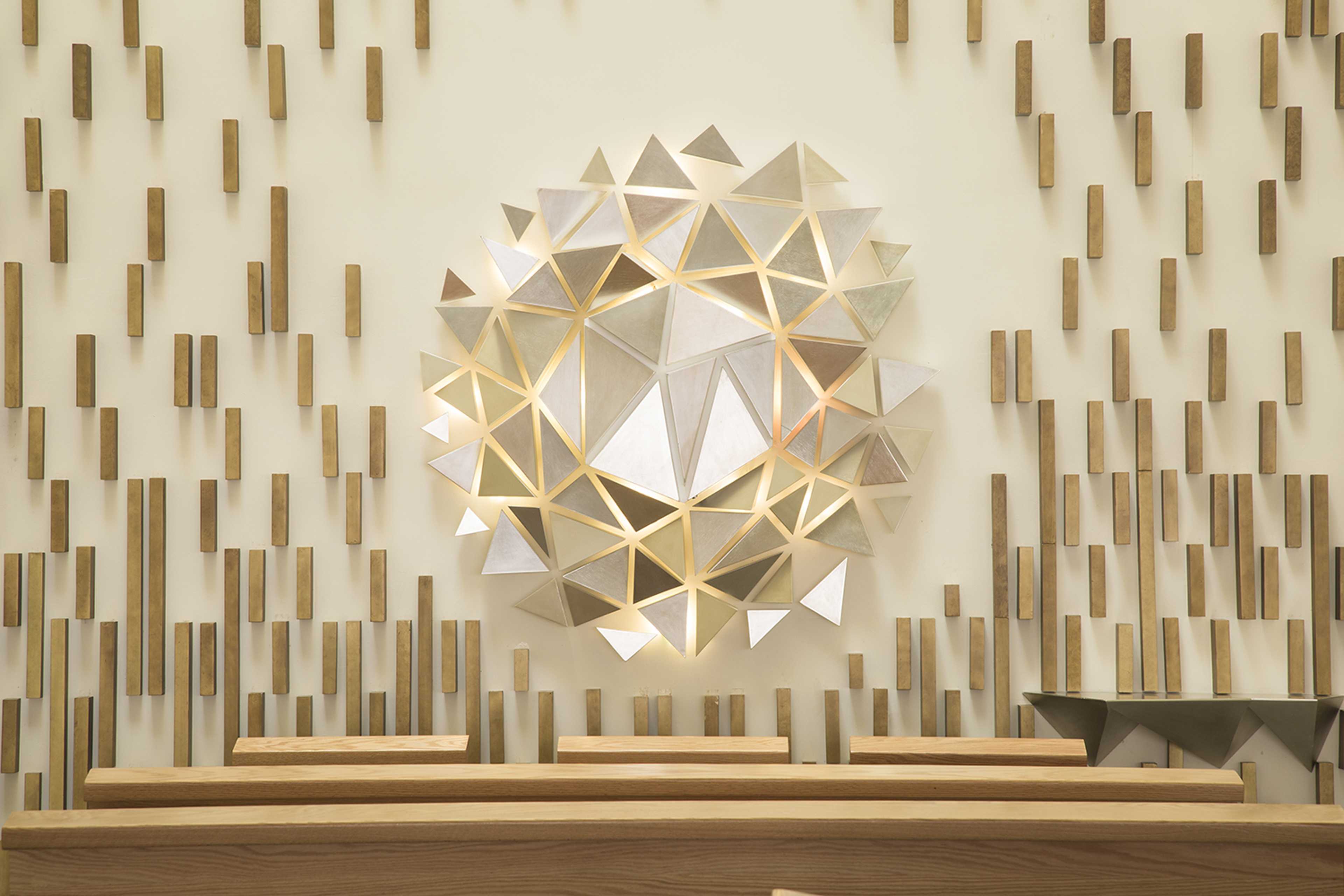