The team formed by the architects Anna Bach (Nummi-Pusula, Finland, 1973) and Eugeni Bach (Barcelona, 1974) has transformed the Mies van der Rohe Pavilion in Barcelona into a life-size model, dressing it with white vinyl.This simple act turns the Pavilion into a 1:1 scale mock-up, a representation of itself that opens the door to multiple interpretations about aspects like the value of the original, the role of the white surface as an image of modernity, and the importance of materiality in the perception of space.The project is a continuation of the program of artistic interventions on the pavilion that started in 1999 with Jeff Wall. Others who have had their turn are Enric Miralles, Dennis Adams, Antoni Muntadas, Iñaki Bonillas, SANAA Kazuyo Sejima + Ryue Nishizawa, Ai Weiwei, Andrés Jaque, and so on. 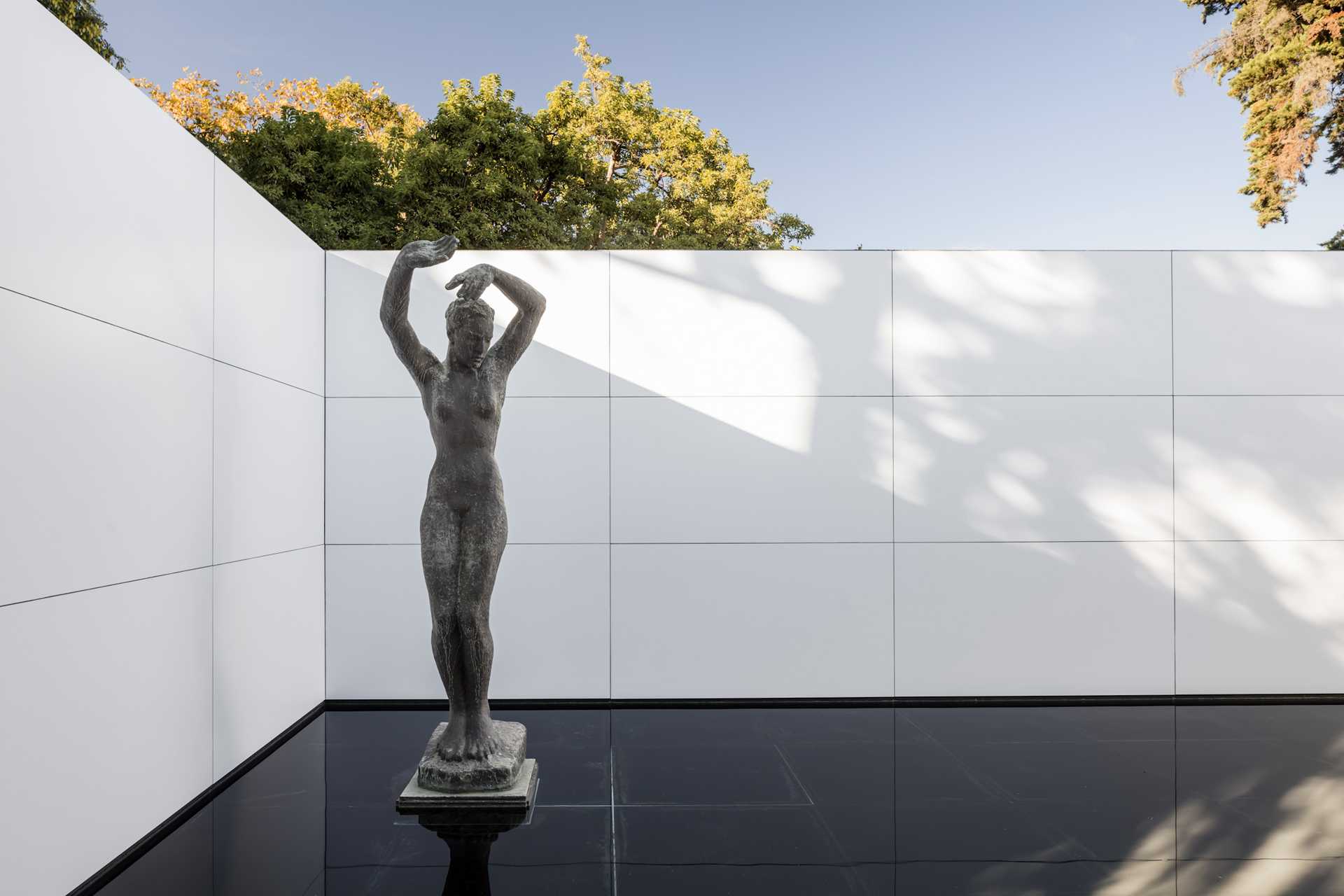 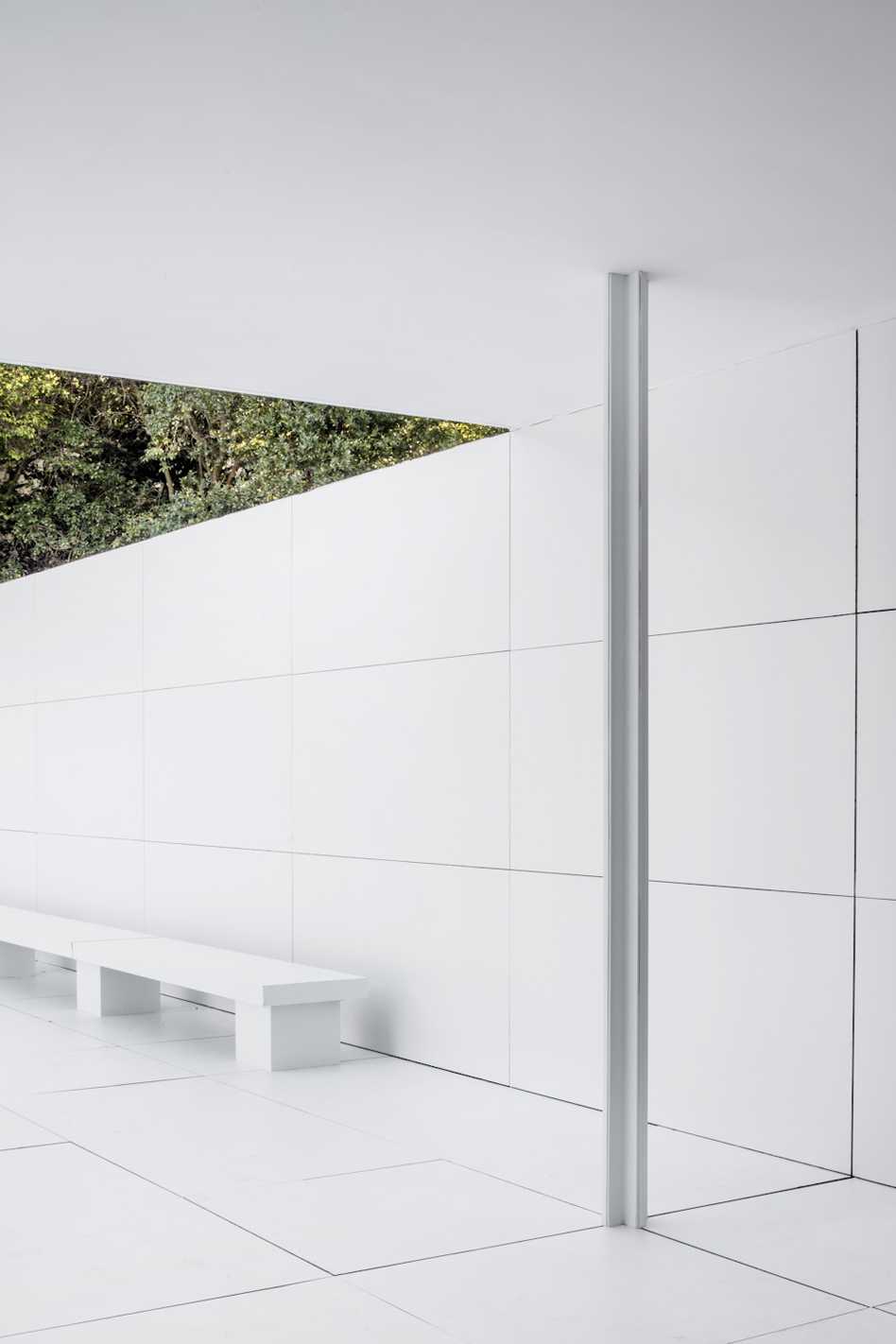 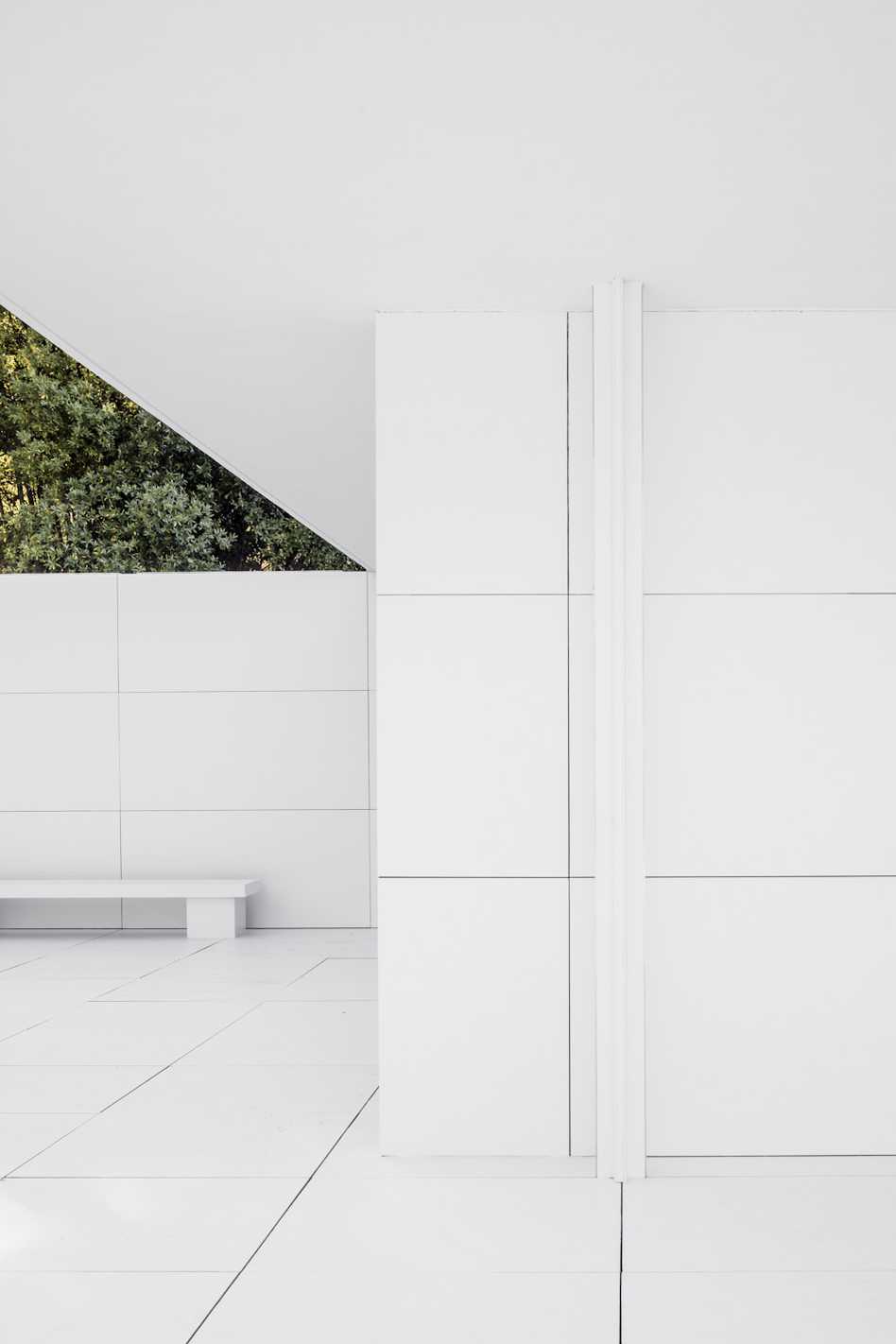 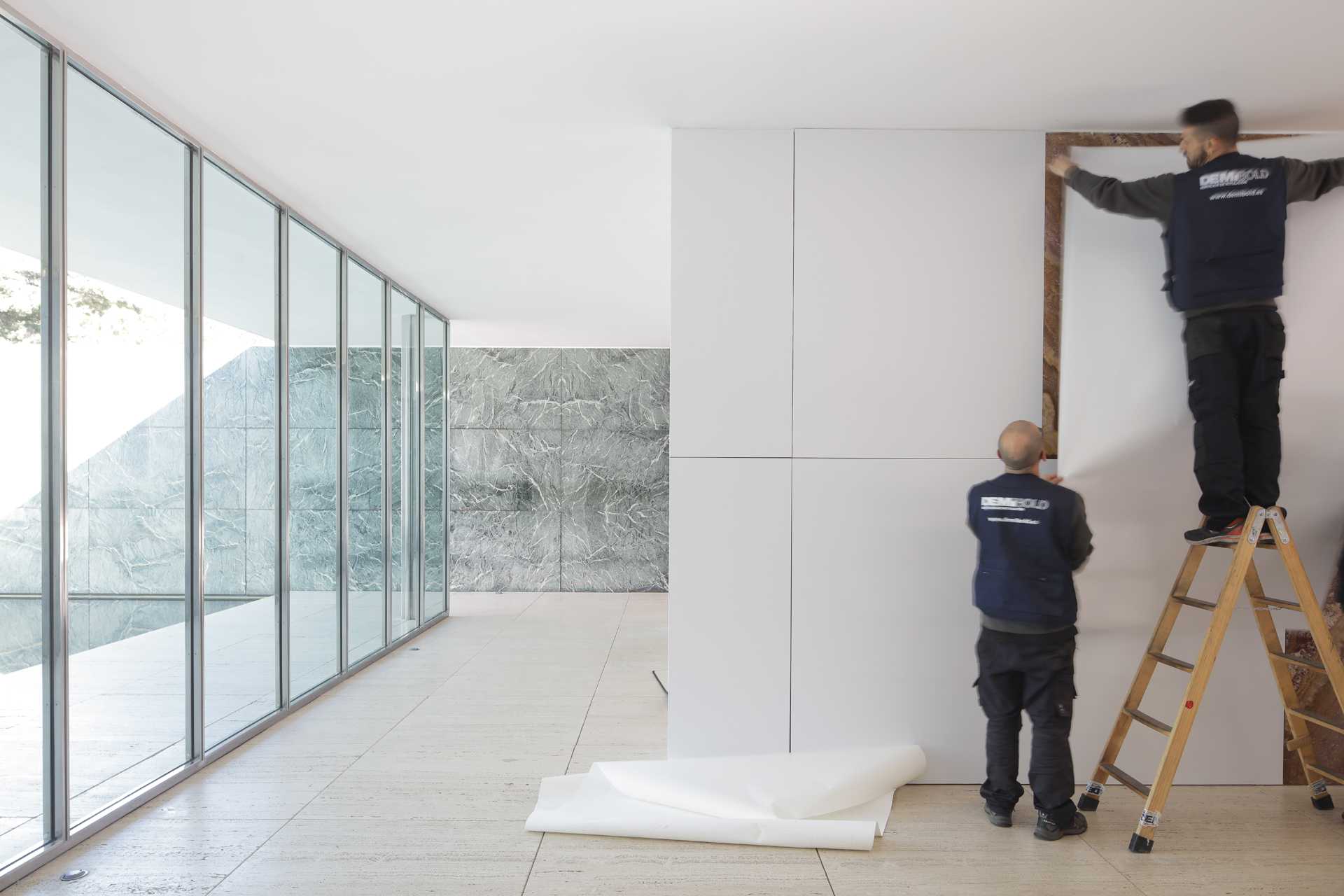 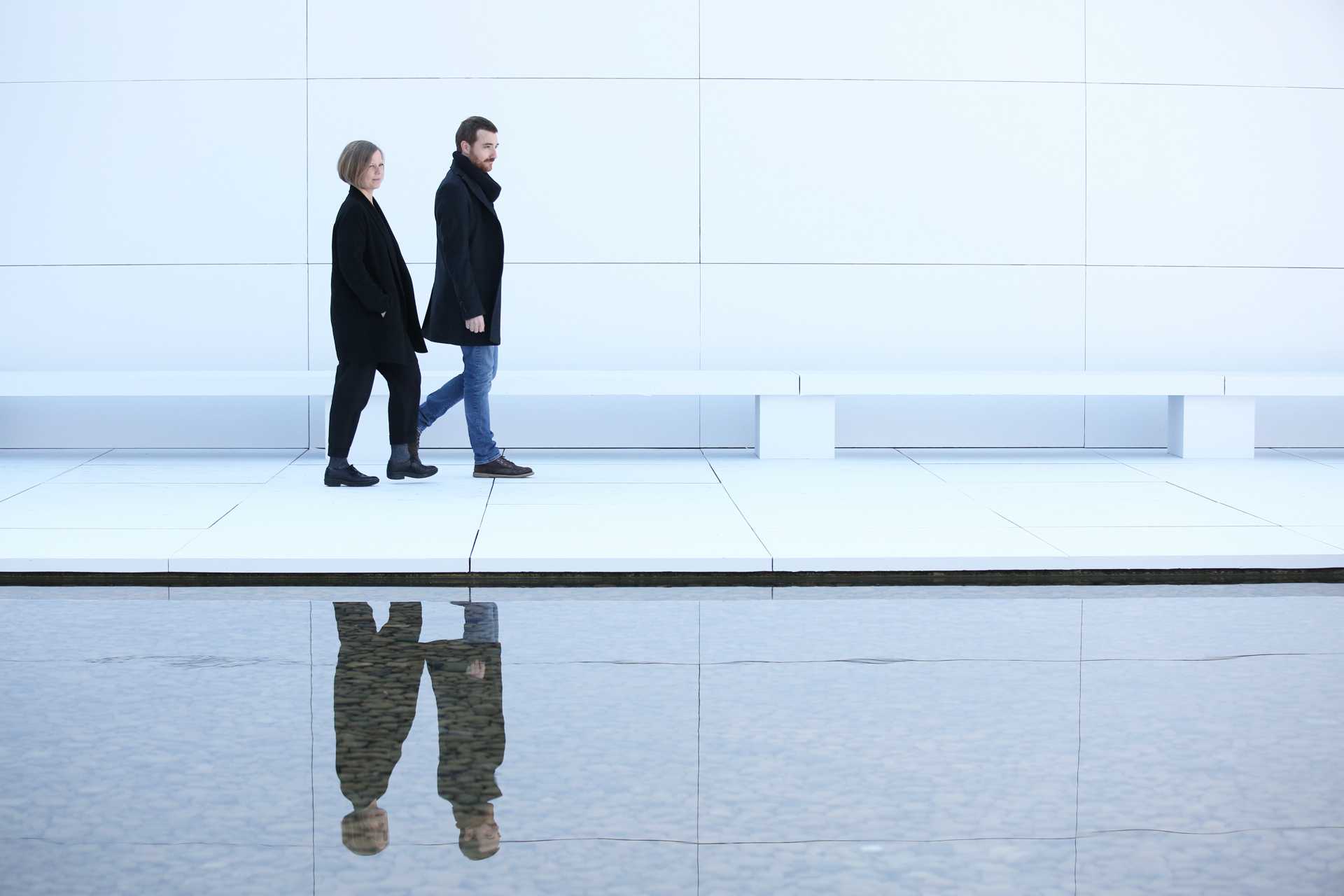