Current pneumatic architecture stems from the researches developed during World War II. Military research centers built hospitals, hangars and even inflatable bridges that were very effective because they were portable and quick to deploy. Even inflatable tanks were built to confuse enemy surveillance aircrafts. After the war, all this acquired experience was applied to the industry for the production of radar protections and ship decks, as well as portable hangars.
_x000D_ Later on there was a second period of splendor when plastic materials came back into fashion, in the 1960s and 1970s. Countercultural architecture studios used this language it as a means to adopt a subversive and critical stance against the most academic architecture, presenting it as the architecture of change and the non-permanent, as the habitat of the contemporary nomad. These precepts inspired proposals like Yellow Heart by Hauss-Rucker-Co (1968), Parasites by Missing Link Productions (1969), Dyodon by Jean Paul Jungman (1967), Inflatables by Ant Farm (1970) or Instant City by Prada Poole. _x000D_ 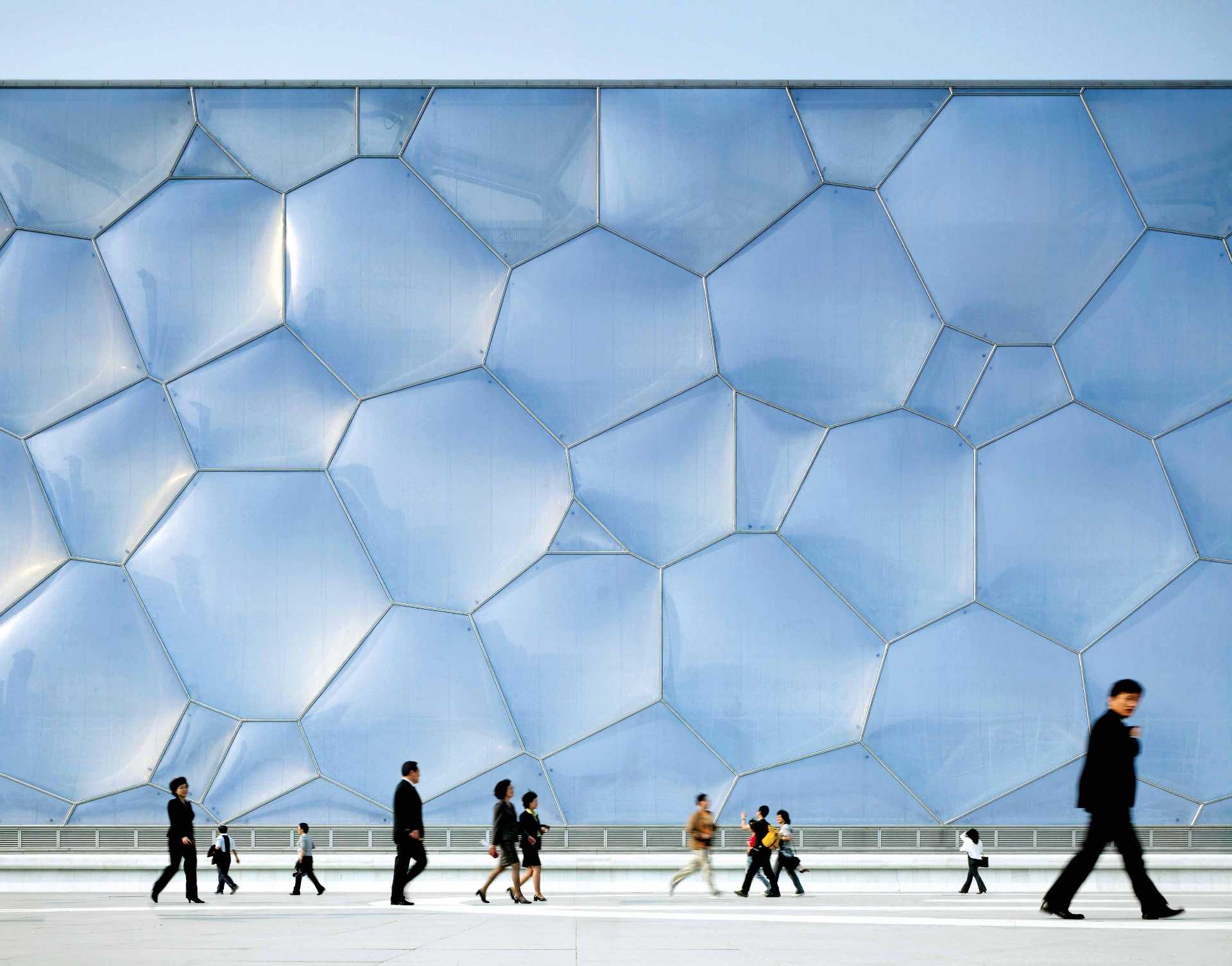 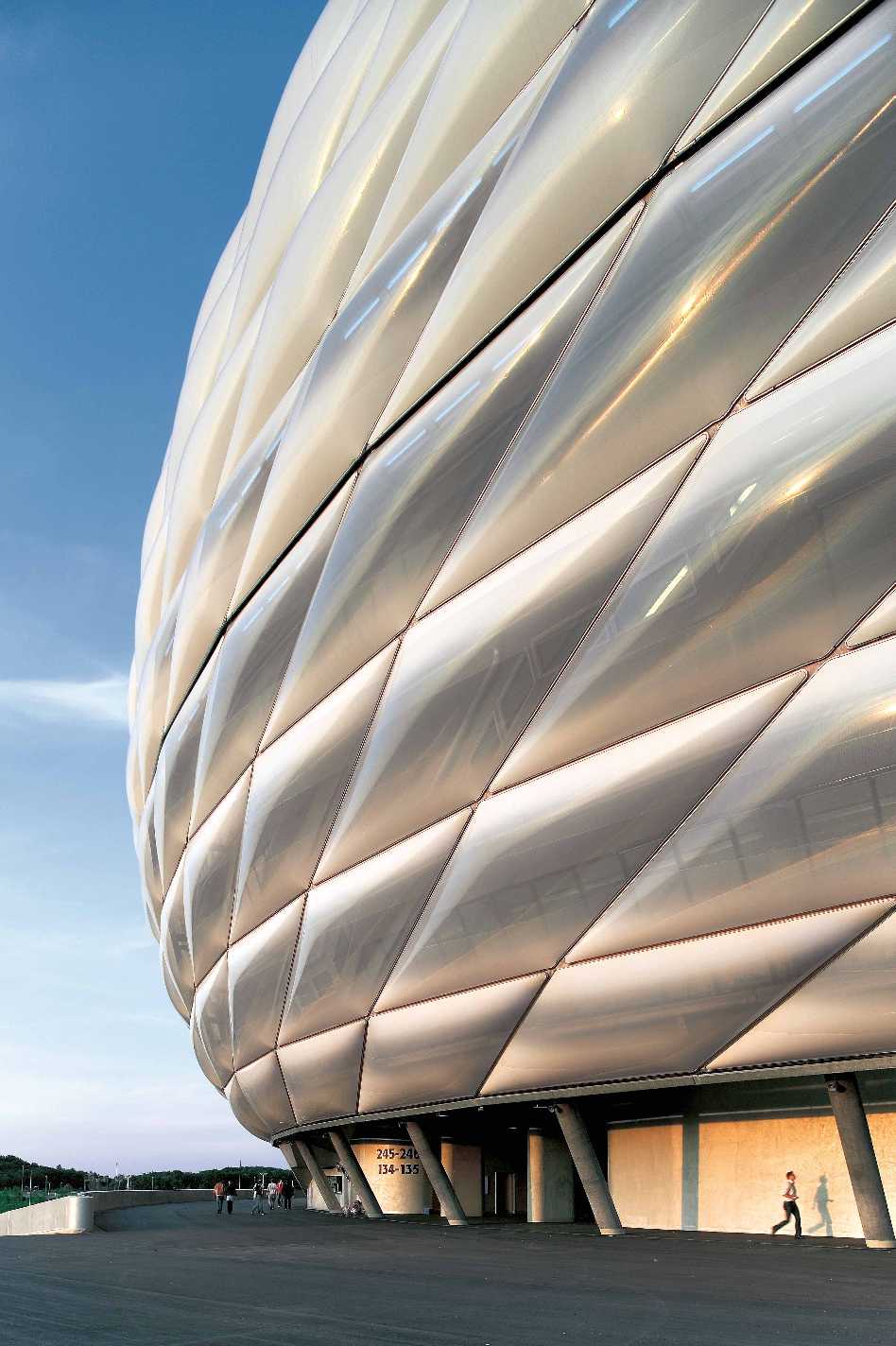 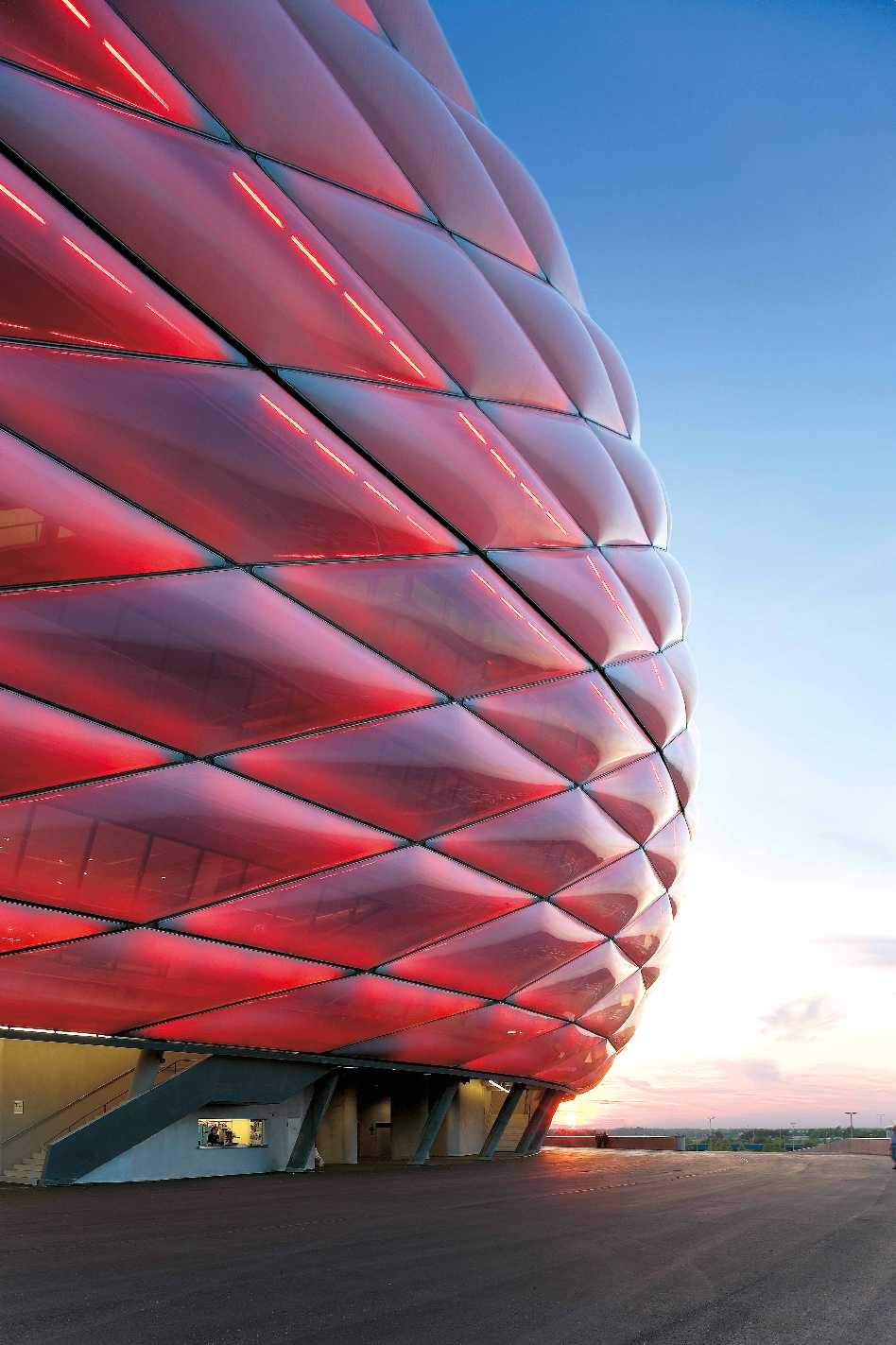 From 1967 onwards the symposiums devoted to inflatable architecture became very important in Europe, and were an opportunity to display the new developments carried out in research centers. Thanks to these encounters it was possible to test several types at the most important event in the history of pneumatic architecture: the Osaka Expo of 1970, an international show of inflatable pavilions where several proposals stood out particularly: the United States Pavilion by Davis & Associates and Geiger, the Mobile Roofs by Tanero Oki, the Floating Theater by Murata and Kawaguchi, and the Italian Pavilion by Studio d’Architettura and Industrial Design.
_x000D_ Scarce attention was paid to plastic materials in the following decades, apparently putting an end to the story of these structures. However, over the past years they have once again come to fore with strength in several areas of human activity: games, art, design, haute couture, leisure, advertising and, of course, architecture. The current technology has even allowed to test pneumatic lunar modules that NASA hopes to install in our satellite in 2020.
_x000D_ Though classifying the great variety of pneumatic structures is a hard task, it is however possible to present them in two major groups depending on the precincted space that remains pressurized: air-supported membranes, in the one hand, and membranes formed by inflated elements on the other. _x000D_ 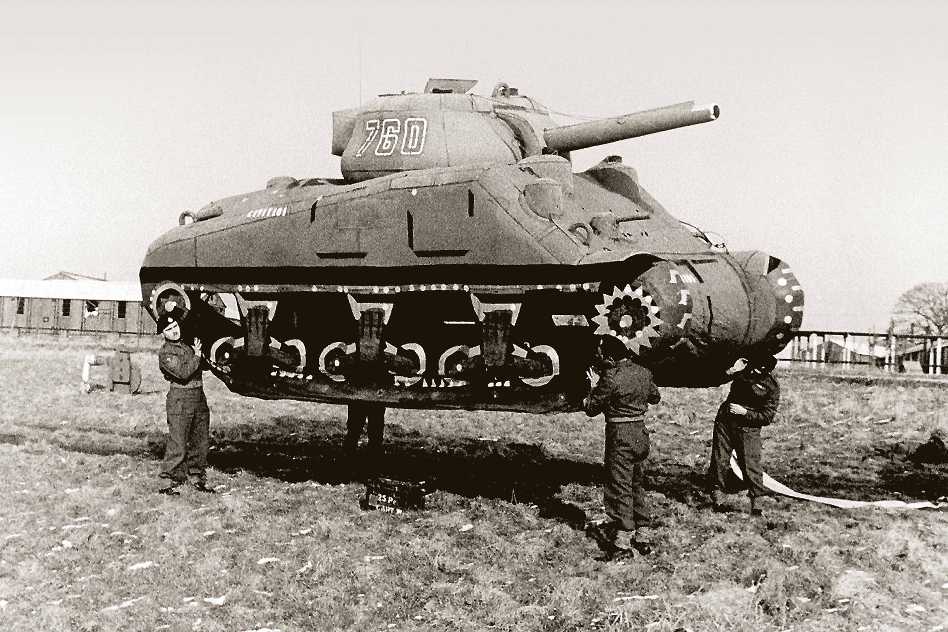 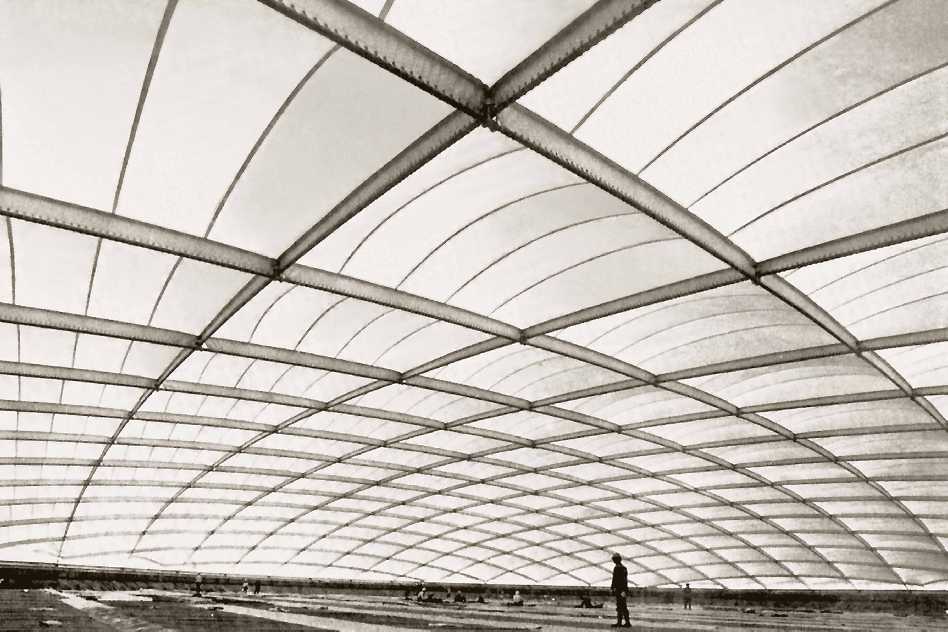 Inflatable structures _x000D_ are classified in two groups: with a pressurized interior, like the Serpentine Pavilion of 2006 or Pneumatic Serendipity _x000D_ of 2014, and those made of inflated elements. 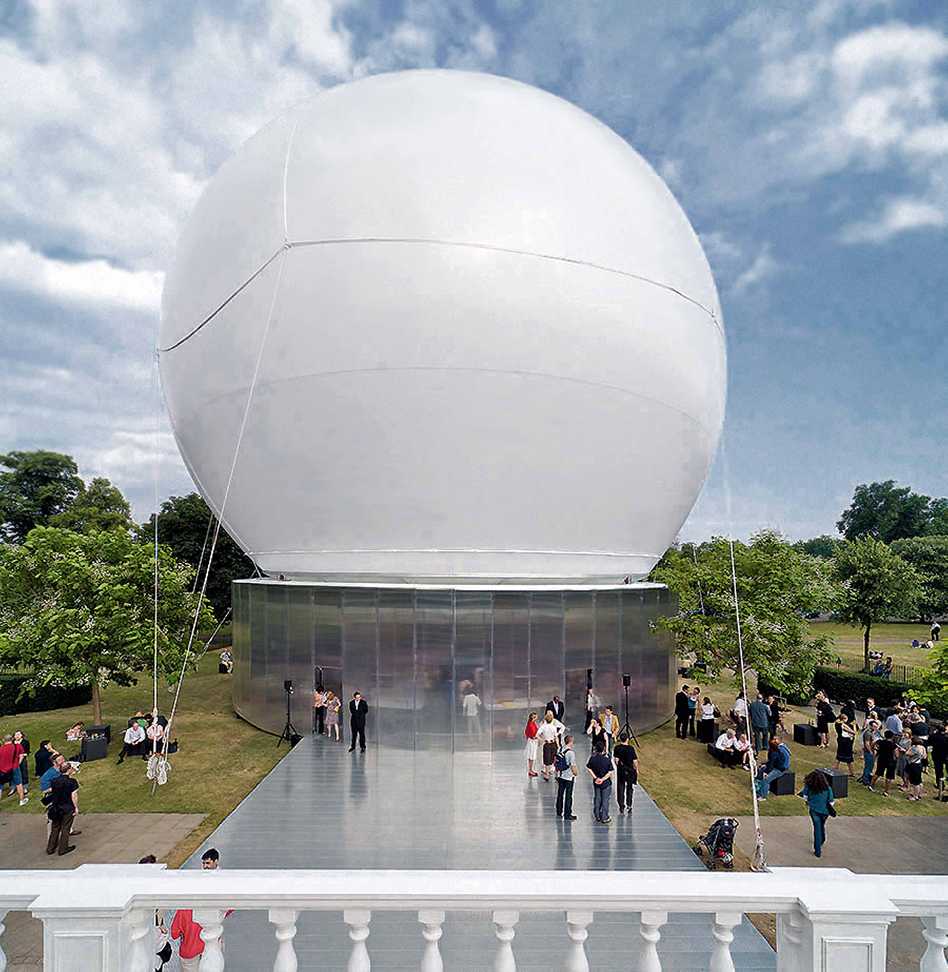 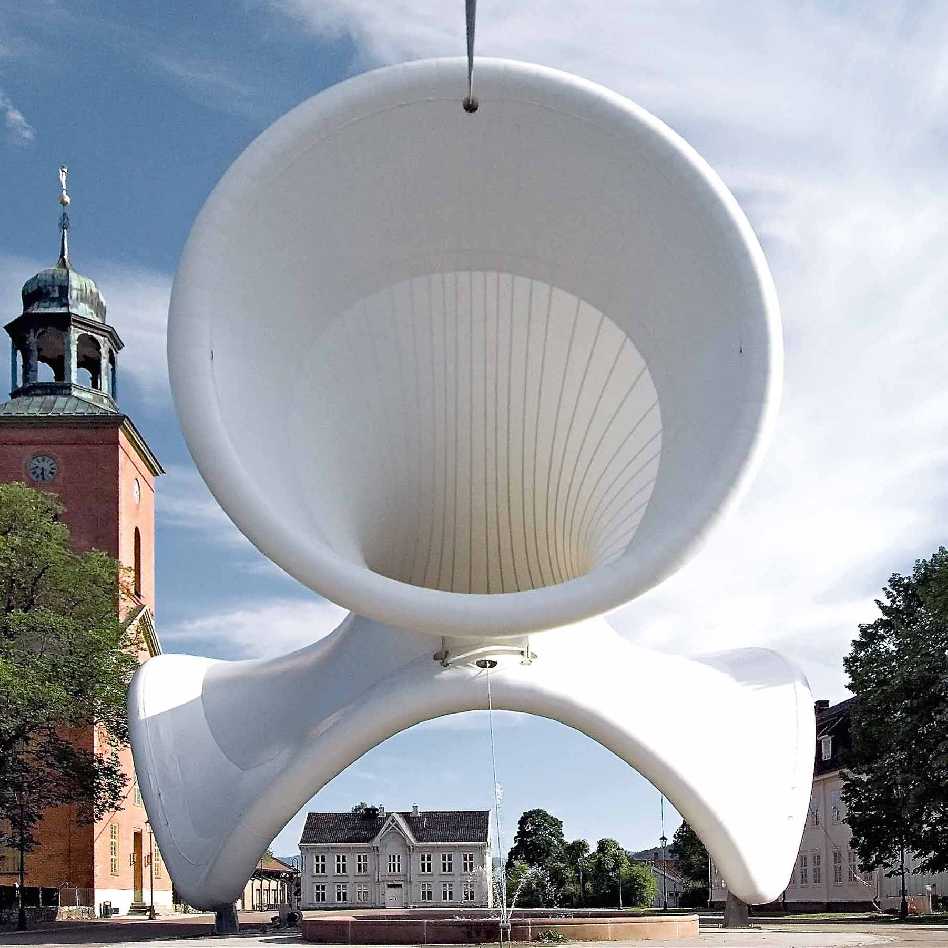 Air-supported Membranes
_x000D_ In these systems, the membrane is held by pressurizing the interior space covered, so this space has a slight overpressure with respect to the exterior. For this reason the doors and anchorage to the ground must prevent pressure leaks and take on the tensile stress generated by the stretched membrane. Furthermore, the enclosure has a reduced thermal resistance, though in those programs with climate control needs the insulation can be improved by doubling the membrane. Because of these requirements these inflatables are used mainly for temporary events or as provisional formworks for more permanent structures.
_x000D_ Among the ephemeral structures that have gone up in recent years there are two obvious examples that have drawn much attention, both developed as museum extensions: the Serpentine Gallery in London by Rem Koolhaas and Cecil Balmond (2006) and the proposal for the Hirshhorn Museum in Washington by Diller Scofidio + Renfro (2009). Both projects (the latter still unbuilt) aesthetically exploit that contrast between their huge balloons and the existing architecture.

Because of its quick assembly, this system offers many advantages as provisional cast for concrete layers, through several patents currently in the market. Some consist of spraying concrete on the inflatable form from the outside, as in the Domecrete system by Israeli architects Haim and Raphael Heifetz (Heifetz System) or the spectacular domes spanning up to 36 meters by the Italian architect Dante Bini (Binishell System). And others, like the American Monolithic Dome System, were built by spraying from the interior to ensure that the inflatable membrane makes the concrete’s exterior waterproof. The most widely known system is the patented Concrete Canvas. In this case the inflated membrane is a three-dimensional fiber matrix whose interior contains a mixture of dry concrete that hardens when hydrated with water from the exterior, and once cast the fibers reinforce the concrete. _x000D_ 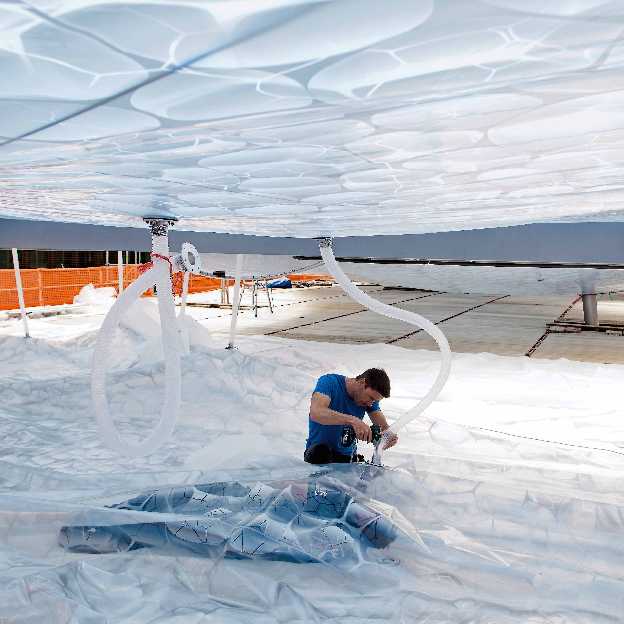 The envelopes consist of inflated structures (or cushions) that permit a greater versatility because the interior precinct doesn’t have to be kept closed to maintain a pressure higher than _x000D_ that of the exterior. 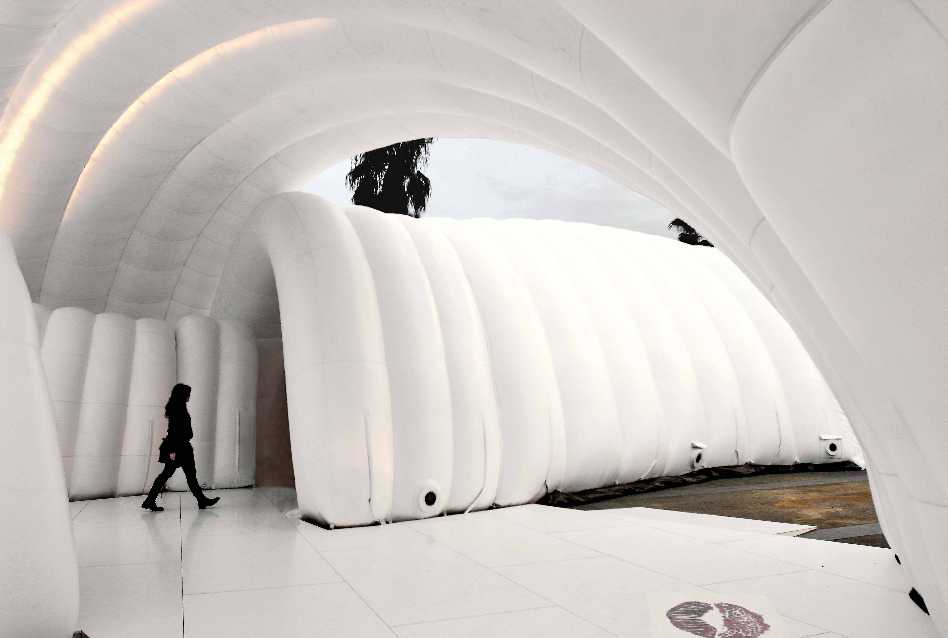 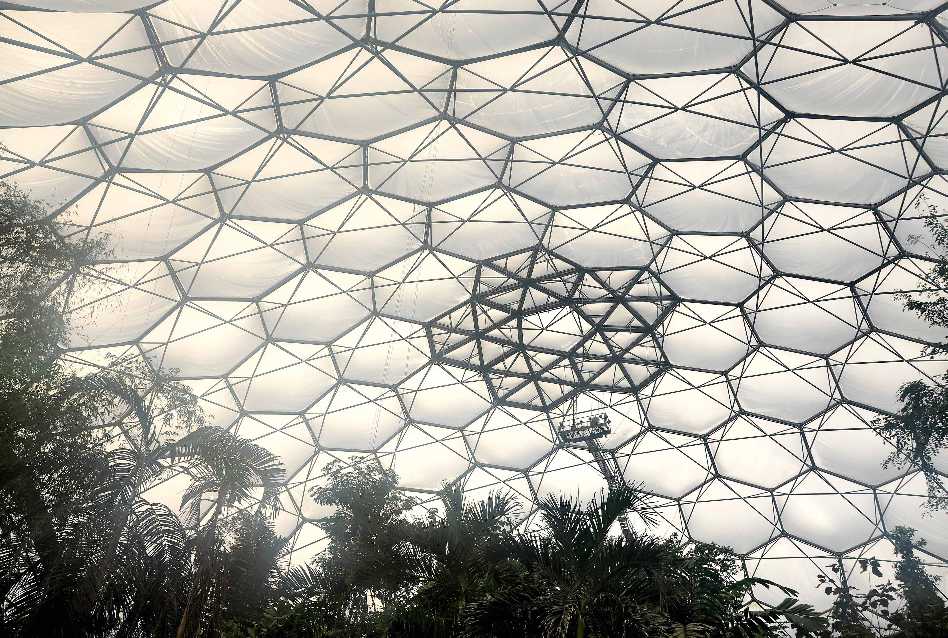 Membranes of Inflated Elements
_x000D_ Unlike the previous examples, in these systems pressure goes into the the enclosing elements and not the contained space, making it easier to design more complex forms. In this case the precinct does not need to be watertight, so there is a free-flowing relationship between interior and exterior, with no need for doors.
_x000D_ This formal freedom and absence of doors can be seen in projects like the Tuballoon by Snøhetta (2006), the Air Forest by Mass Studies (2008) and the Golden Dome by AmidCero9 (2011). The Tubaloon is 40 meters long and 20 meters tall, and covers jazz concert stages, with a suggestive shape the evokes wind instruments or the geometries of the inner ear. Further formal evocations can be found in the design by Mass Studies for City Park in Denver, a spectacular forest made of nylon fabric with gradients of silver dots that move, like leaves, with the wind and pressure changes, making visitors feel as if they were inside a living animal. And the more daring Golden Dome is a helium-filled form, a prototype of which was displayed at Tokyo’s Museum of Contemporary Art._x000D_ However, the most important developments have been achieved with the repetition of inflated forms that are then sown together.
Lenticular forms or cushions, these elements can often be combined and held by auxiliary metallic structures or cylinders that, folded or arched, take on all the loadbearing responsiblity.
_x000D_ The first, the metallic frameworks and the enclosures of inflated lenticular forms, have favored permanent uses and the largest spans. The pioneering tests carried out by Gernot Minke or Jens Pothl have led to works like the Eden Project and Leicester Tower by Nicholas Grimshaw, the Water Cube by PTW Architects, and the Allianz Arena by Herzog & de Meuron.
_x000D_ The company Buildair is known in the field of pressurized cylindric arches, and has managed to build the largest cover for temporary aircraft hangars, like the one they did for Airbus in Getafe (Madrid, 2013), measuring 54 x 75 meters. The same company has also carried out intensive formal research, with examples like the inflatable pavilions for the MET Festival in the port of Barcelona (2005), designed by Sarrablo, covering an area of 1,800 square meters: one of the largest pneumatic structures for events ever built in Spain.
_x000D_ From a tangible technological maturity, architects continue to show interest in the possibilities of these volumes that are evanescent, lightweight and offer freedom of design, and whose unique presence usually sparks at once curiosity and at knowing smile, as those of a child playing with a balloon. 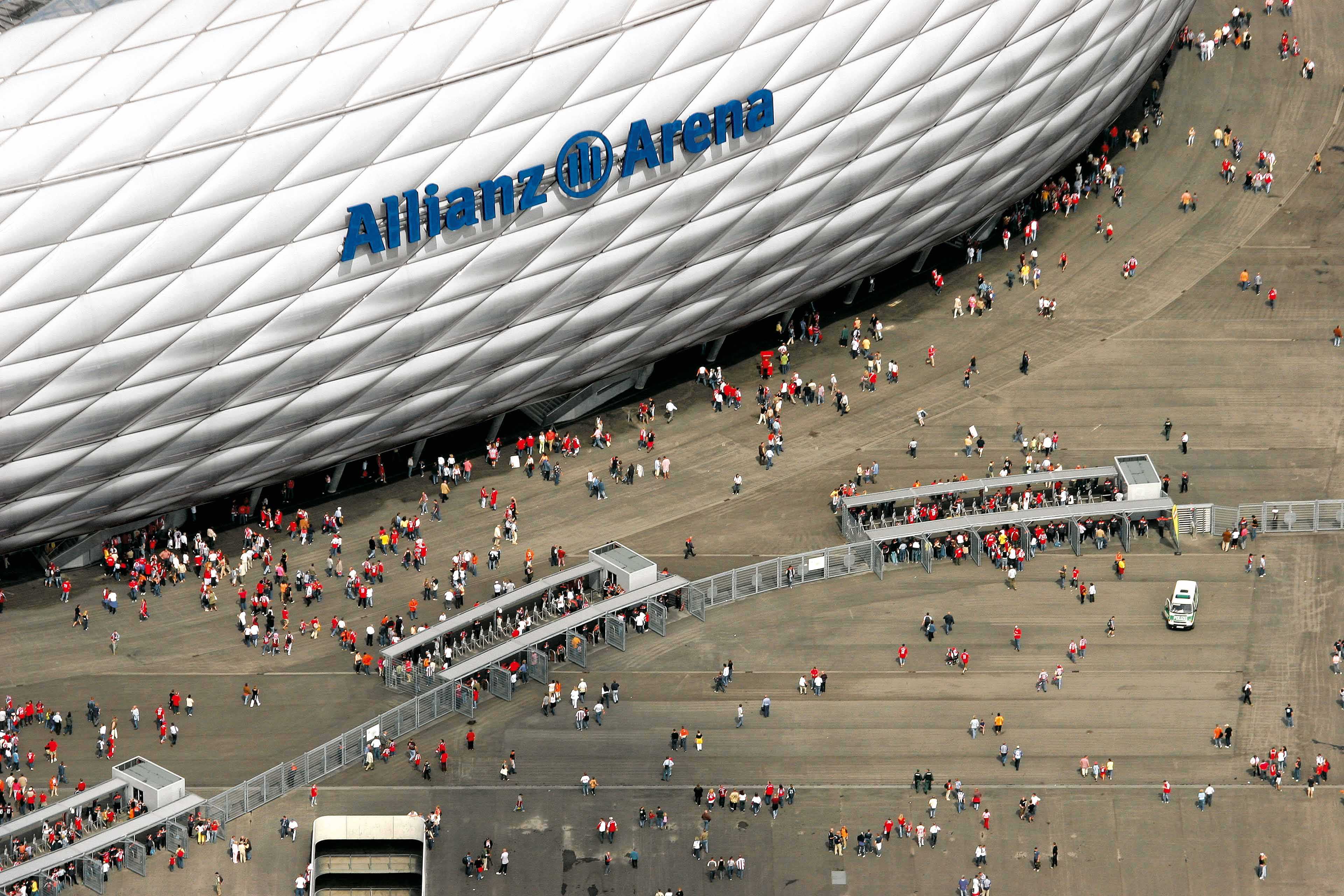