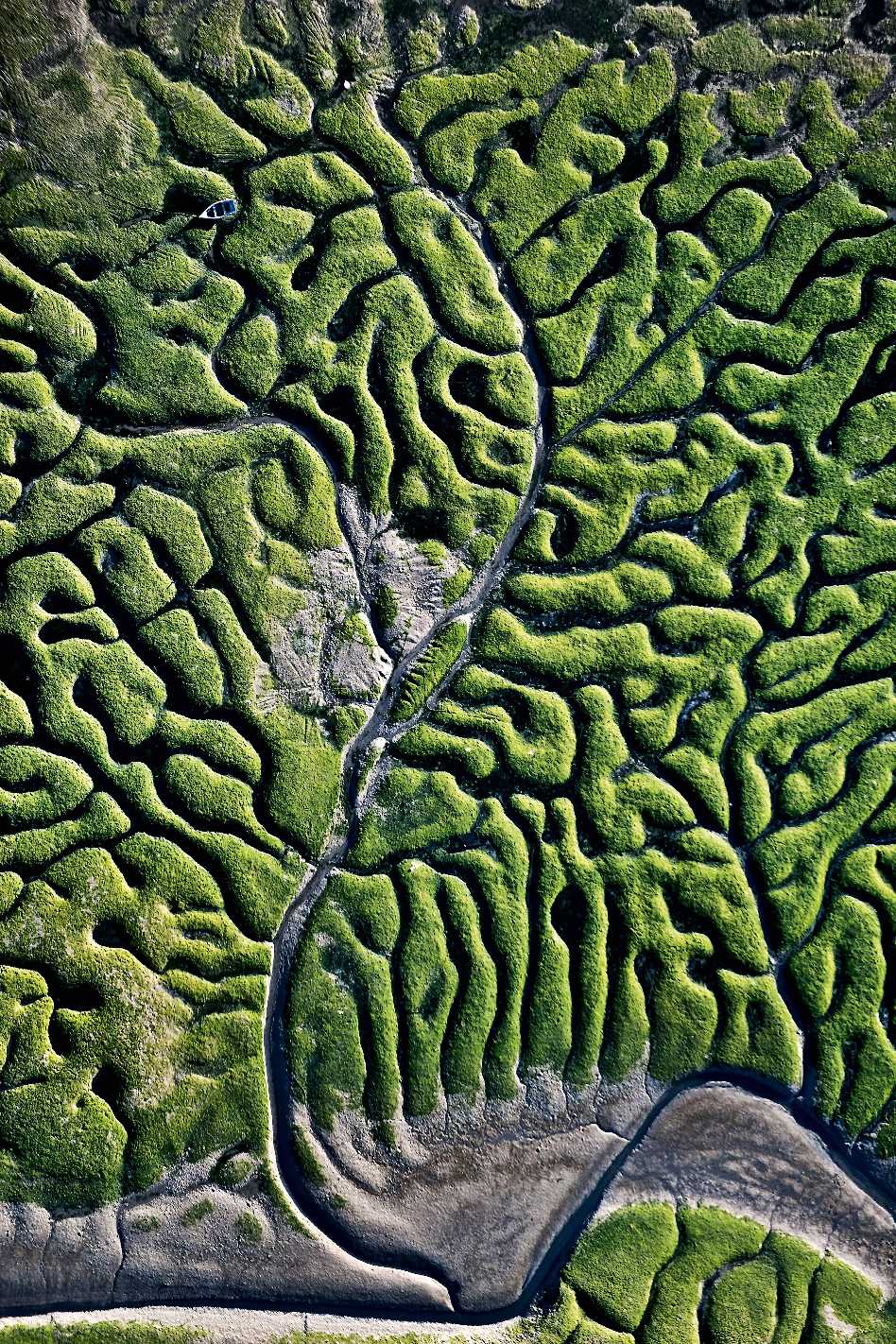 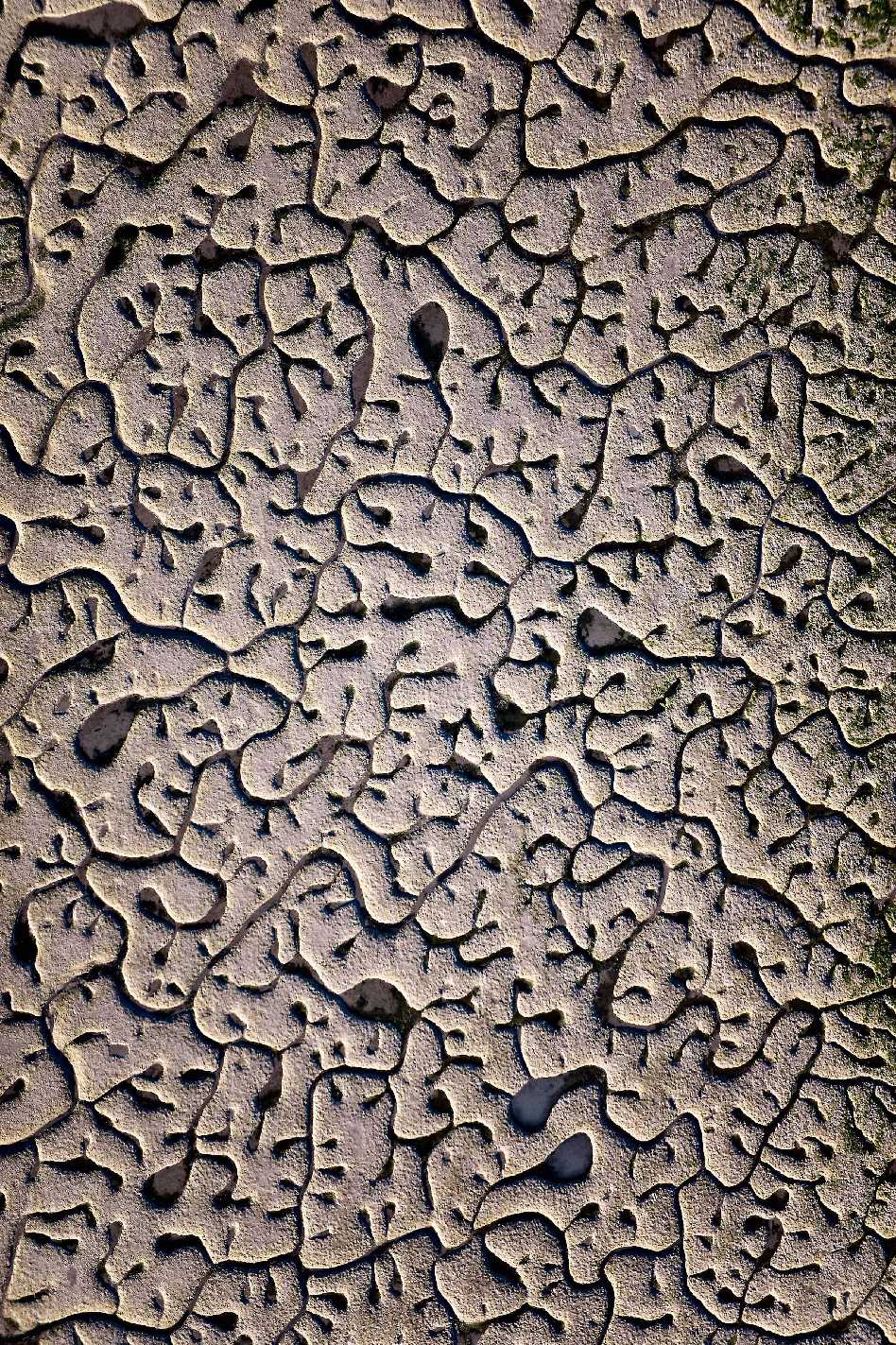 When the tide goes down natural fractal formations appear (right), very often completely covered _x000D_ by thread algae, turning _x000D_ the seabed of the Bay _x000D_ of Cádiz an intense _x000D_ green hue (left).
_x000D_ The same marshes, covered with water and when the winds are down, produce amazing reflections between water and sky, with scenes like these of _x000D_ wild horses grazing _x000D_ in the water (below). 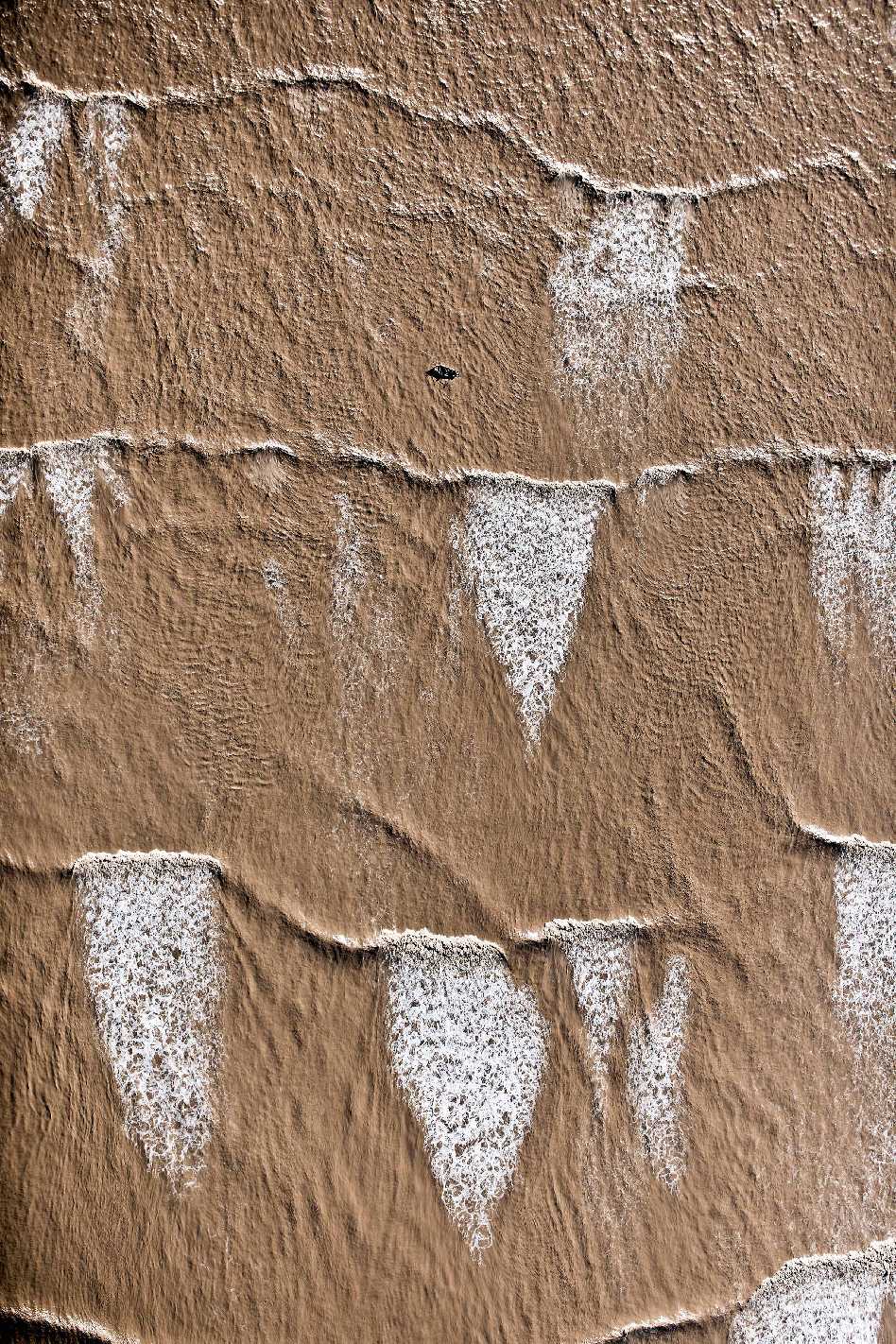 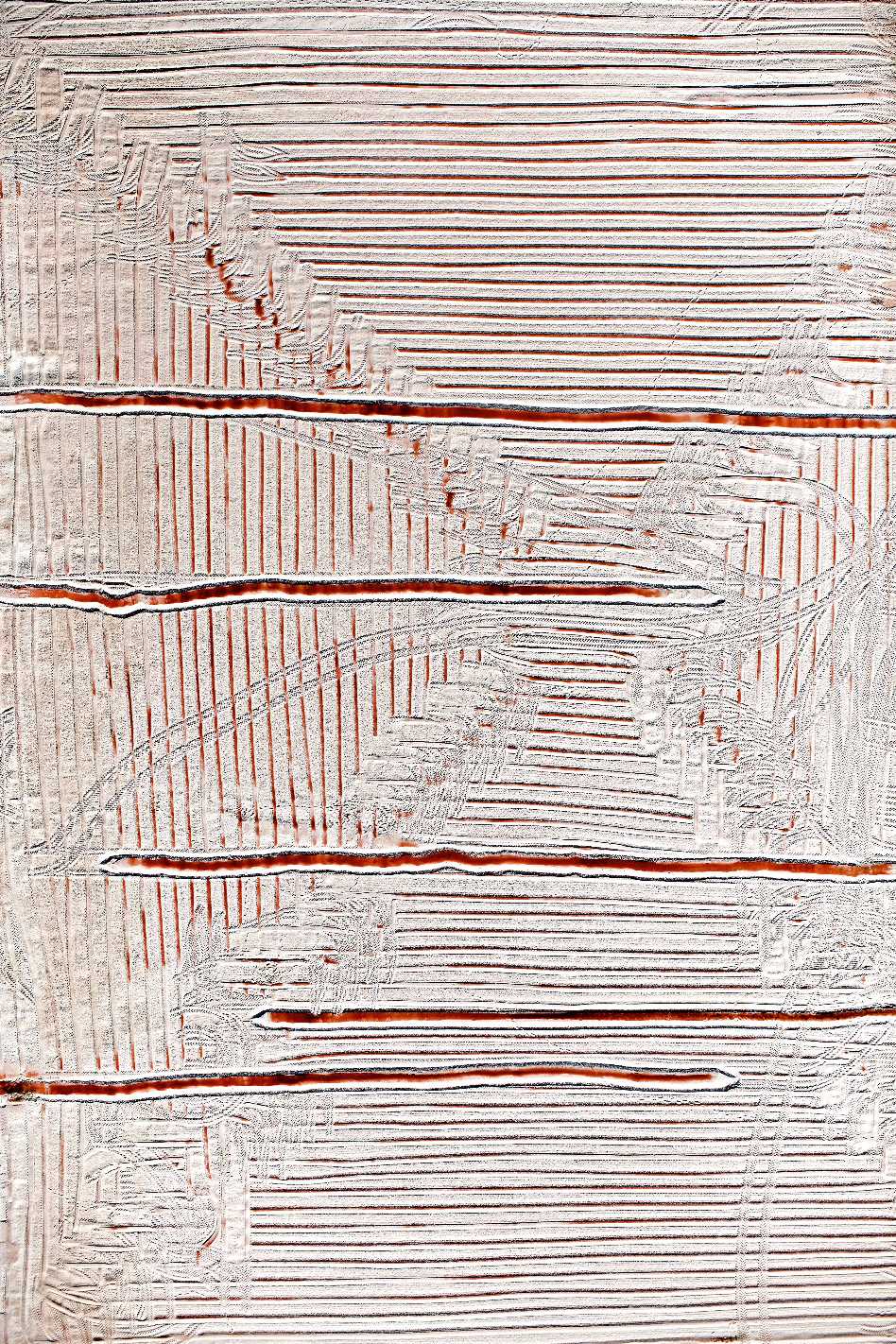 Fishermen fight against the strong wind in the estuary of the Guadalquivir River (left). The traces of the coming and going of men and machines on vast saline lands (right).
_x000D_ The Dunaliella, a _x000D_ tiny extremophile _x000D_ algae, dyes the hypersaline water _x000D_ of the bay red. The ridges or low walls _x000D_ built to channel the water currents jut _x000D_ out in the background (below). 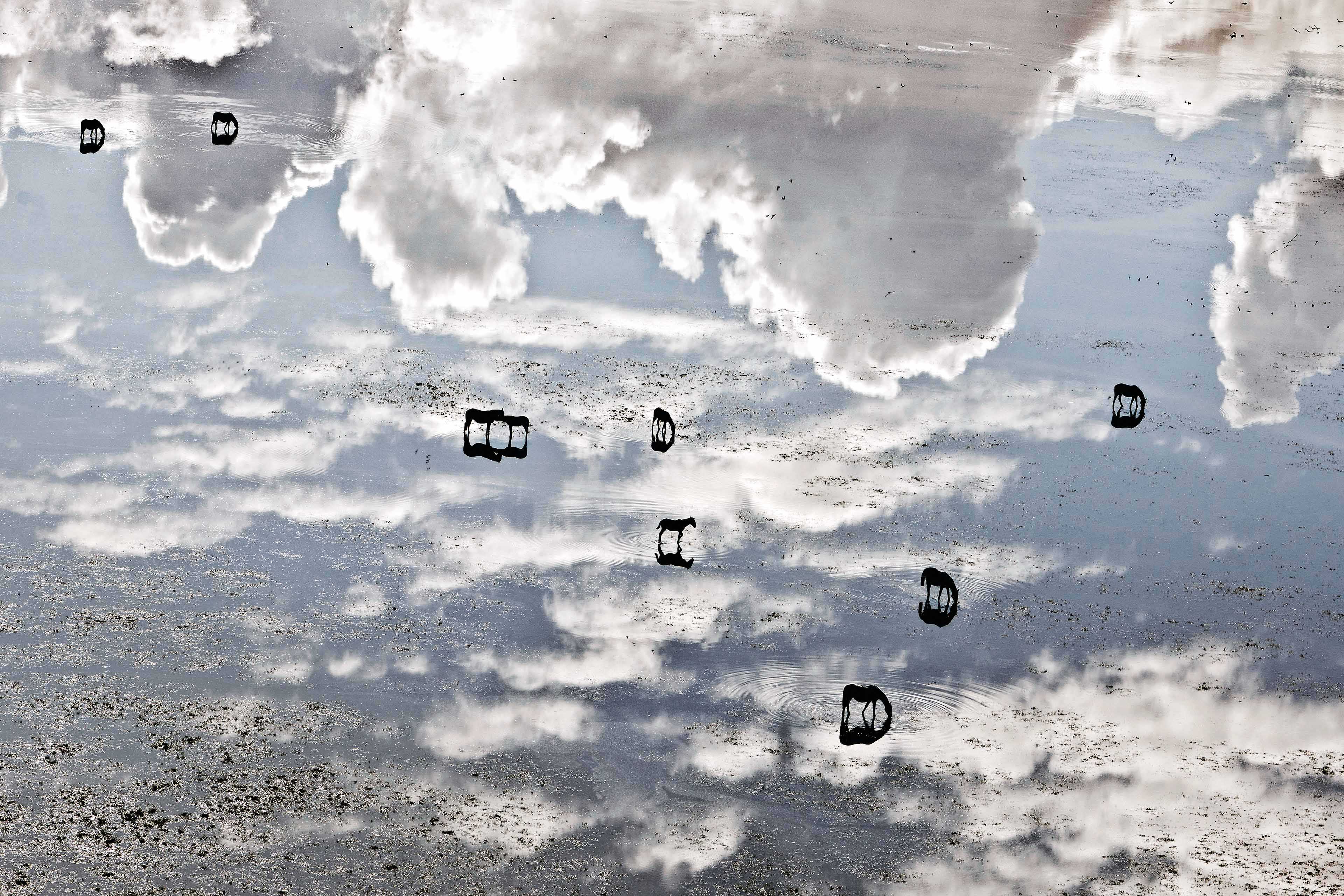