The new community center of Reinosa, designed by the firm deAbajoGarcía, tries to create a continuous public space between the street and its large roof of laminated timber, a place where several events can be taking place at the same time. Rising on the site of a market demolished after a fire, the building presents two planes in interaction, approaching and moving away from each other in a dance that generates a broad variety of spatial formations in and by the court, around the void, and in front, without loss of specificity of the various areas. A wooden roof sloping toward the inner court and a horizontal plane lowered close to the glass enclosure forms a spot shaded in summer and basking in sunlight coming in through the window in winter.

The layout strategies are applied differently on plan and section. On the one hand a large, off-center square courtyard makes it possible to form spaces of different sizes. On the other, a series of concrete boxes rising from the ground without touching the roof organizes the more prívate program. Finally, a mezzanine level hanging from the roof generates an interstitial space where natural light is nuanced by the wooden lattice that wraps the building. Placing it along the perimeter gives it a more linear character and a more individual scale. 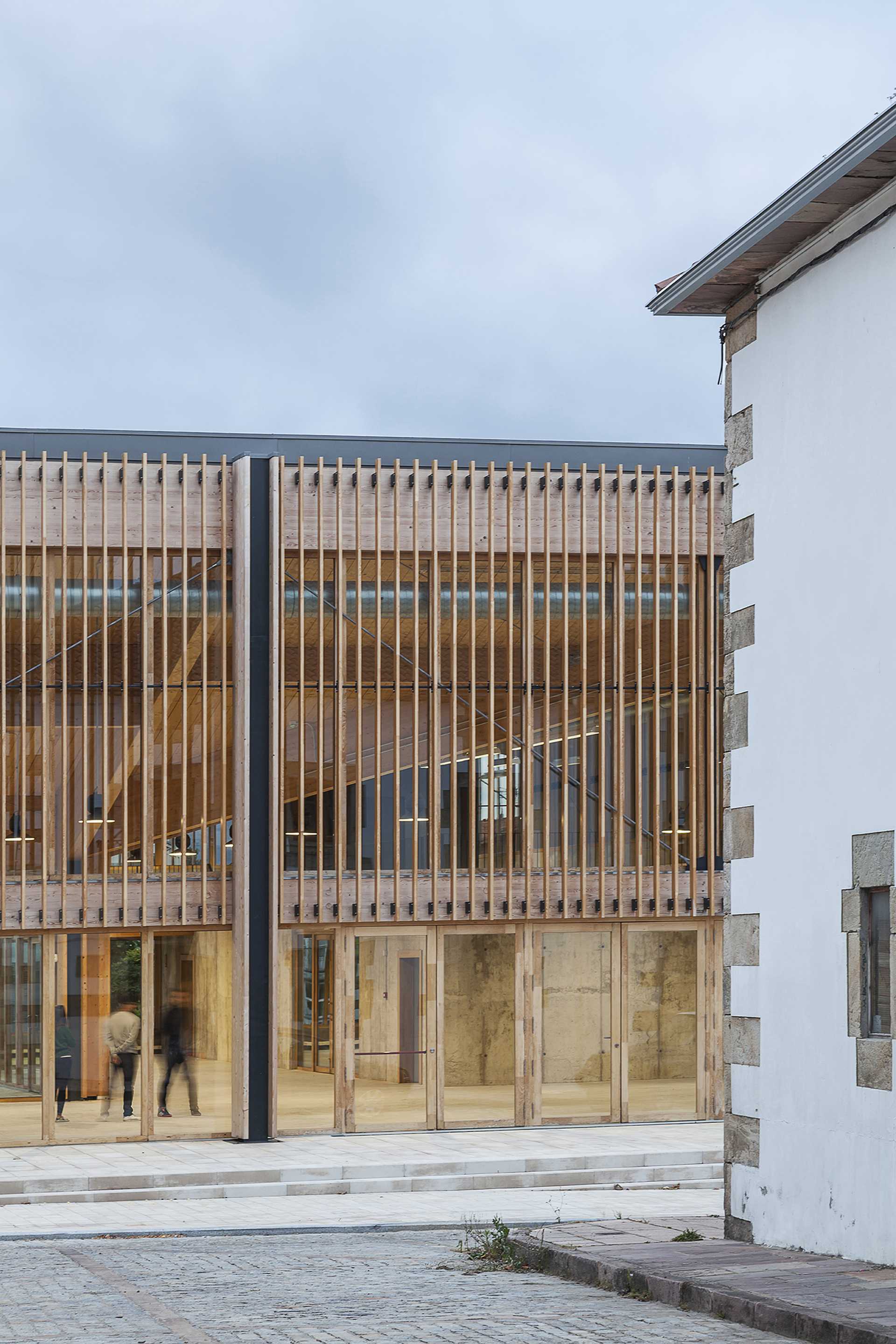 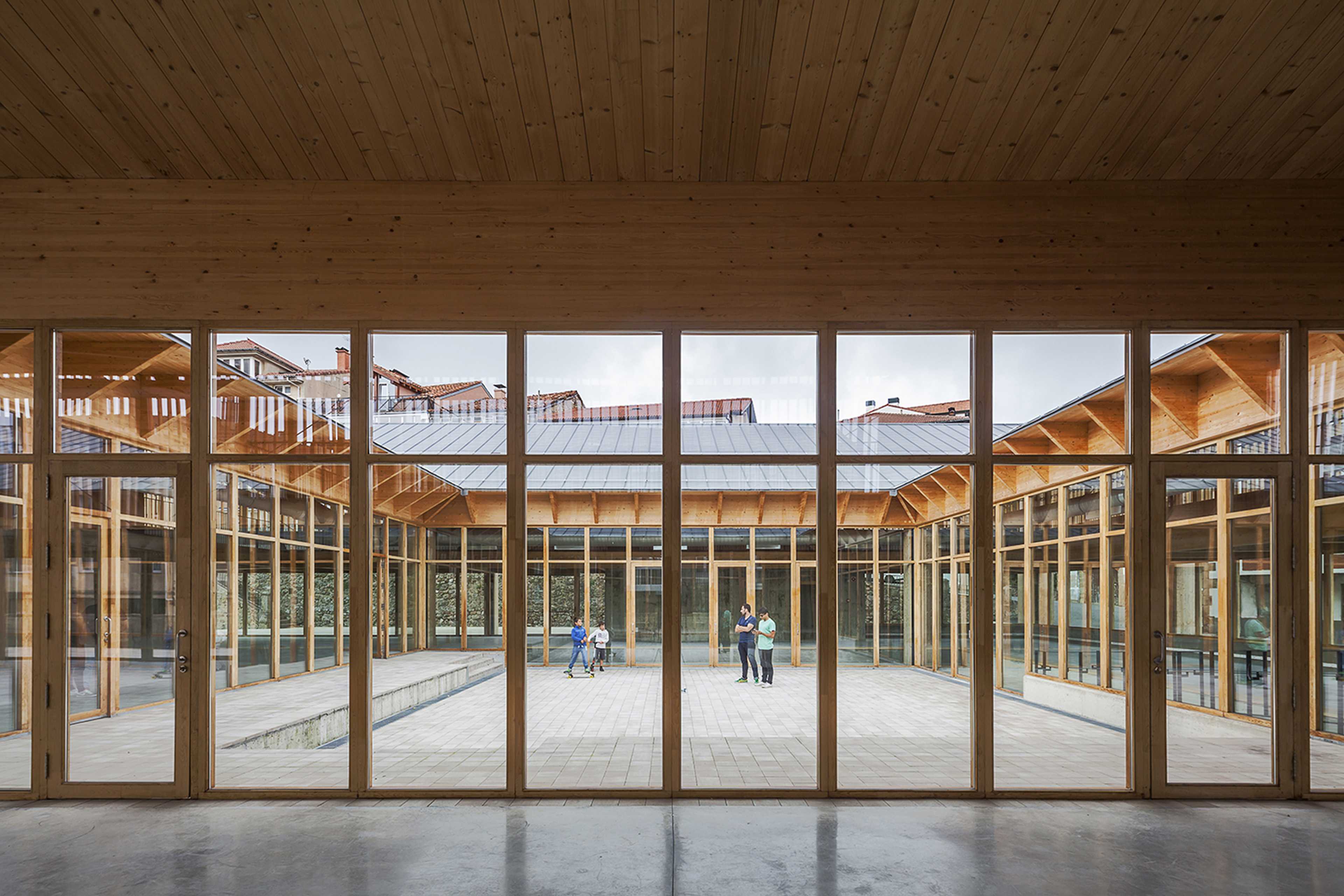