The series ‘Architecture and Resistance’ by Nicolás Combarro shows buildings where structural logic is mixed with cultural heritage, giving them a character independent from social, economic, _x005F_x000D_ and political factors.
_x005F_x000D_ The photographs by Iñaki Bergera reflect the state of decay of a parking garage that was never completed and finally abandoned when the crisis hit, stressing the contrast between architecture and ruin._x005F_x000D_

The collective Cadelas Verdes presents ‘Spanish Dream,’ a photographic project that reflects on the real estate crisis and on the obsessive yearn for property, which has devalued the concept and sense of inhabiting.
_x005F_x000D_ The striking photographic series titled ‘Landscape under Construction,’ by Alfonso Batalla, portrays neglected urban stages, and ponders on their state through the digital insertion of elements with full functional capacity.
_x005F_x000D_ The group Nación Rotonda works in the creation of an inventory of satellite images _x005F_x000D_ of urban residential projects in different development phases, illustrating how land is wastefully consumed.

In ‘Landscapes under 30’_x005F_x000D_ Miguel Fernández-Galiano_x005F_x000D_ documents the processes of transformation in several houses, which have become learning laboratories for young architects who have stayed in Spain during the crisis.
_x005F_x000D_ In ‘Re-edificatoria’ Adrià Goula explores works that are reactivated years after they were first begun, and how two moments, two architects, and different construction techniques converge and coexist in such circumstances. 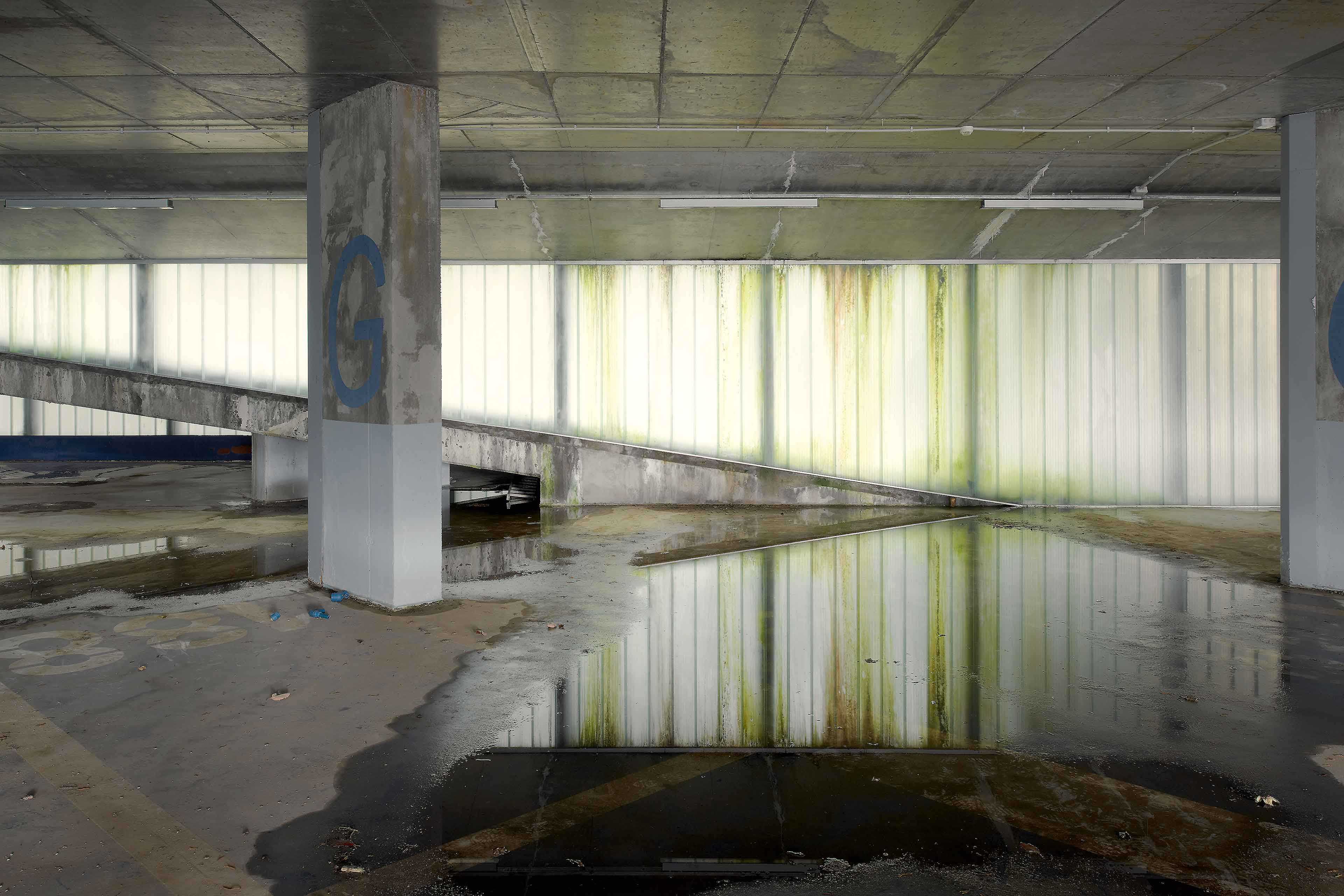