Pedreiras, Portrait of a Quarry

Joaquín Bérchez was born in Valencia in 1950. A photographer and art historian – he is chair professor in art history at the University of Valencia and is a member of the San Carlos Royal Academy of Fine Arts of this western Spanish city – his specialty is the history of architecture. His images frame this theoretical knowledge in impactful, almost tangible portraits of architecture and the landscape they describe. In his book Pedreiras. Carne de dioses, Bérchez captures the vertical and immense open-air quarries of the Portuguese city of Vila Viçosa, considered by many to be the marble capital of the world, revealing to us an artificial landscape that, though carved by man, far exceeds the scale of the human: a landscape that presents us the material in its most primitive state. As Vicenter Lleó Cañal writes in the foreword of the book, “Michelangelo felt strong passion for marble and would go to the Carrara quarries to personally select the blocks whose veins (or lack thereof) he found most attractive. Bérchez demonsrates a similar emotion, and with that, goes from natura naturata to natura naturans – that is, from the materialization of form to the infinite prospects of the material in its raw matter.” 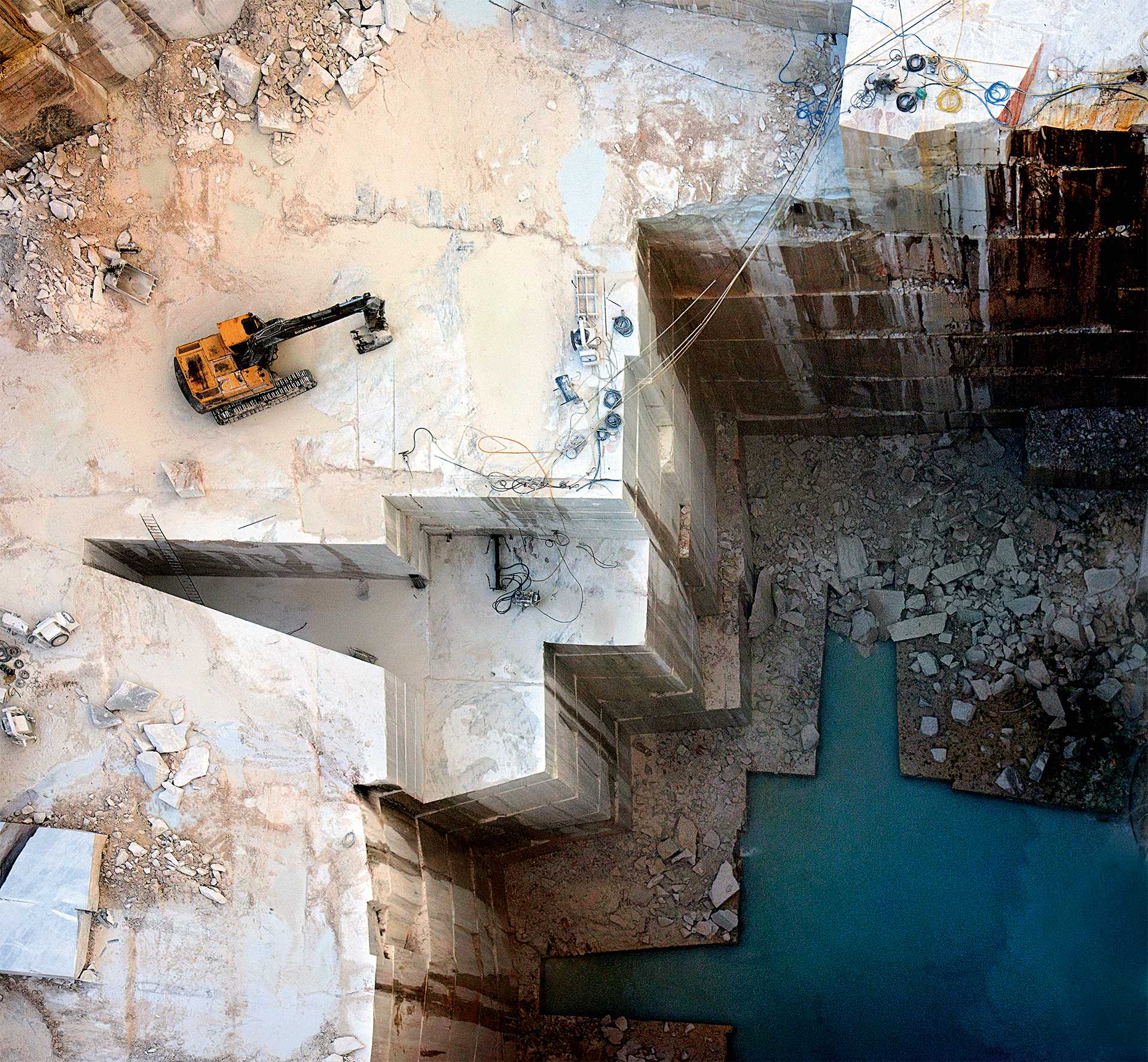 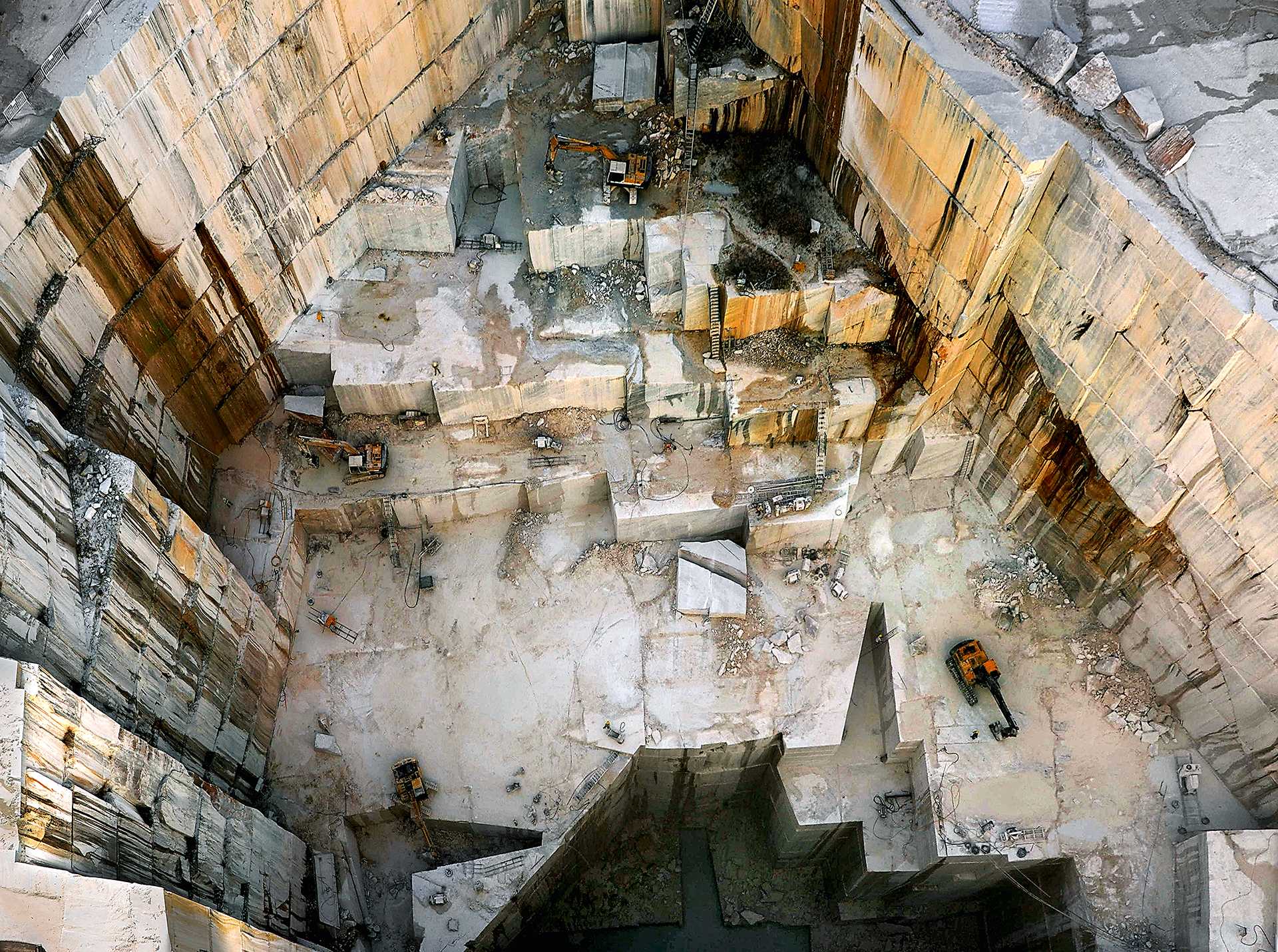