The starting point of the project was the idea of fleeing Mexico City at weekends, quitting the habits and routines of big cities for a good rest in a peaceful place by the sea.

On one side lies the sea and on the other the mountains and agave fields. This duality of the surroundings is what determined the configuration of the building, the personality of which is decidedly less that of a conventional beach house than that of a house in the countryside. On the outside it looks like a bunker, facing up to the mountains, as it does, as a mightly fortress of concrete that closes up completely towards the inside, where said duality asserts itself by presenting a large open space. The dwelling arranges its 300 square meters around a courtyard that, as the main welcomer of light, forces one to look up at the sky.

Inside, the rooms give onto the garden and are connected by a perimetral route that is interrupted at the center to accommodate the shared spaces (living room, dining room, and kitchen). This communal zone merges with the courtyard, forming a distinctive spot that gives one the feeling of inhabiting a garden. A pool of water forces one to use a footbridge to reach the main bedroom, breaking the square shape of the floor plan.

Tiers around the court lead to a second level, with its views of the landscape. 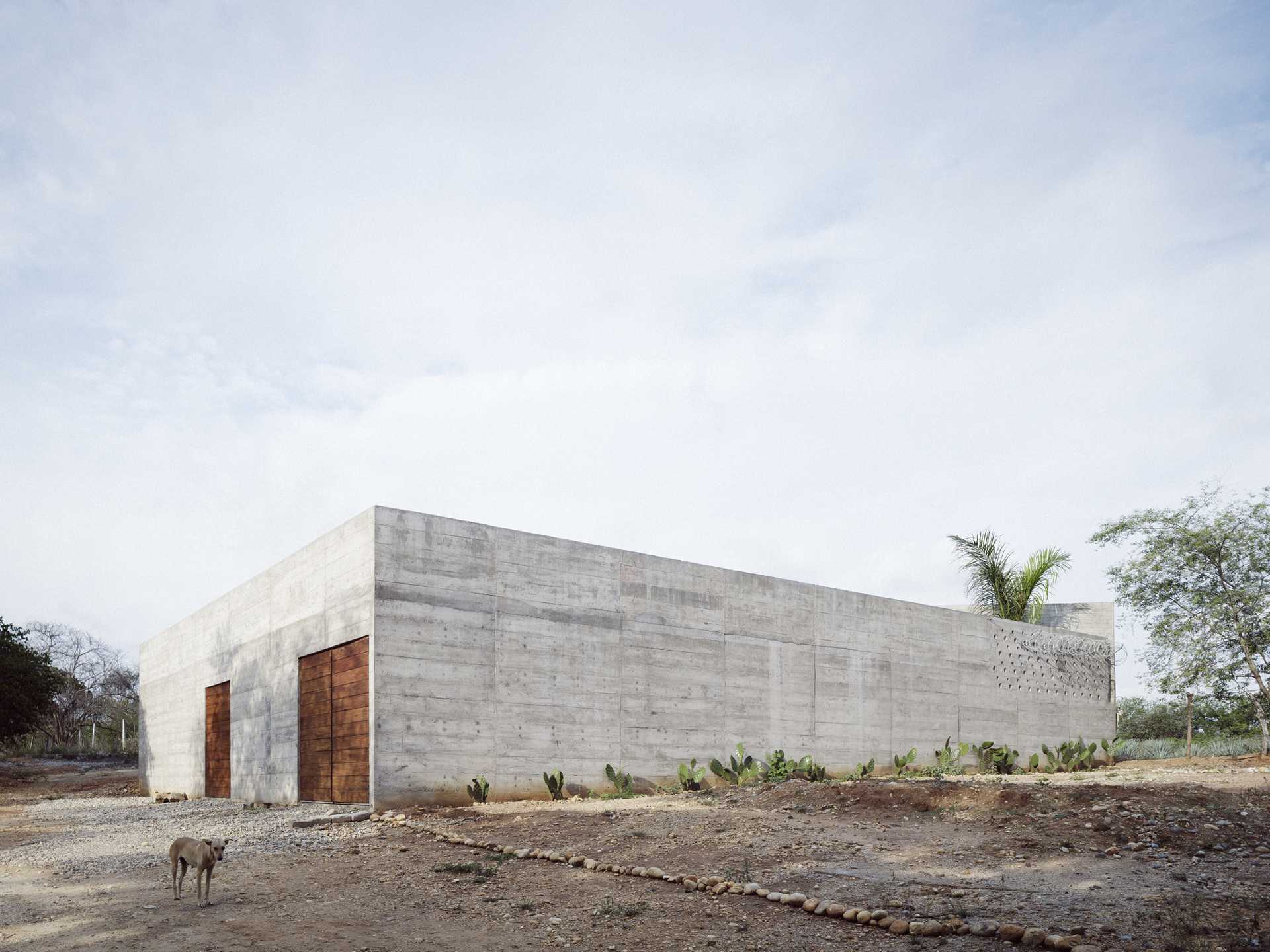 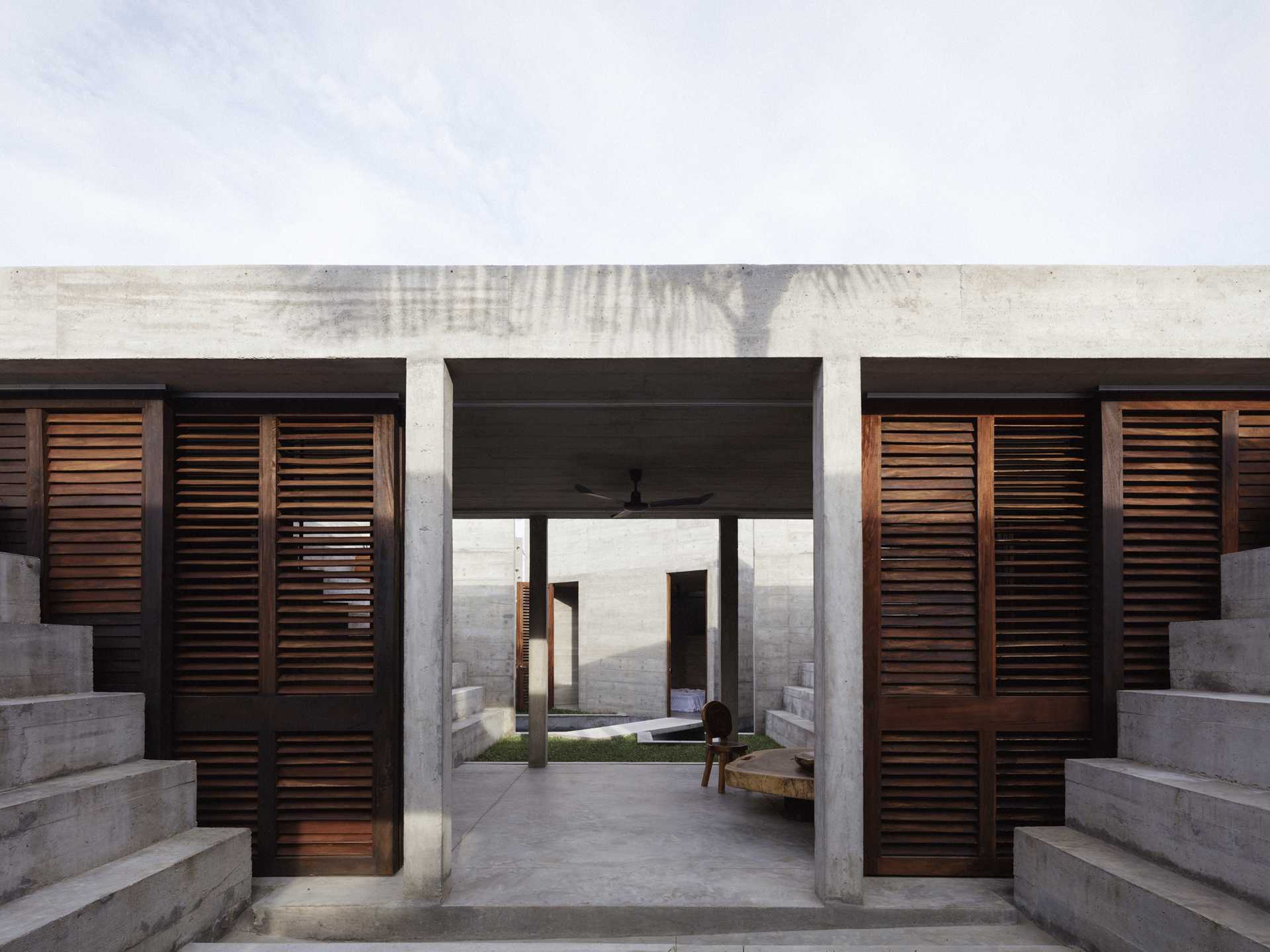 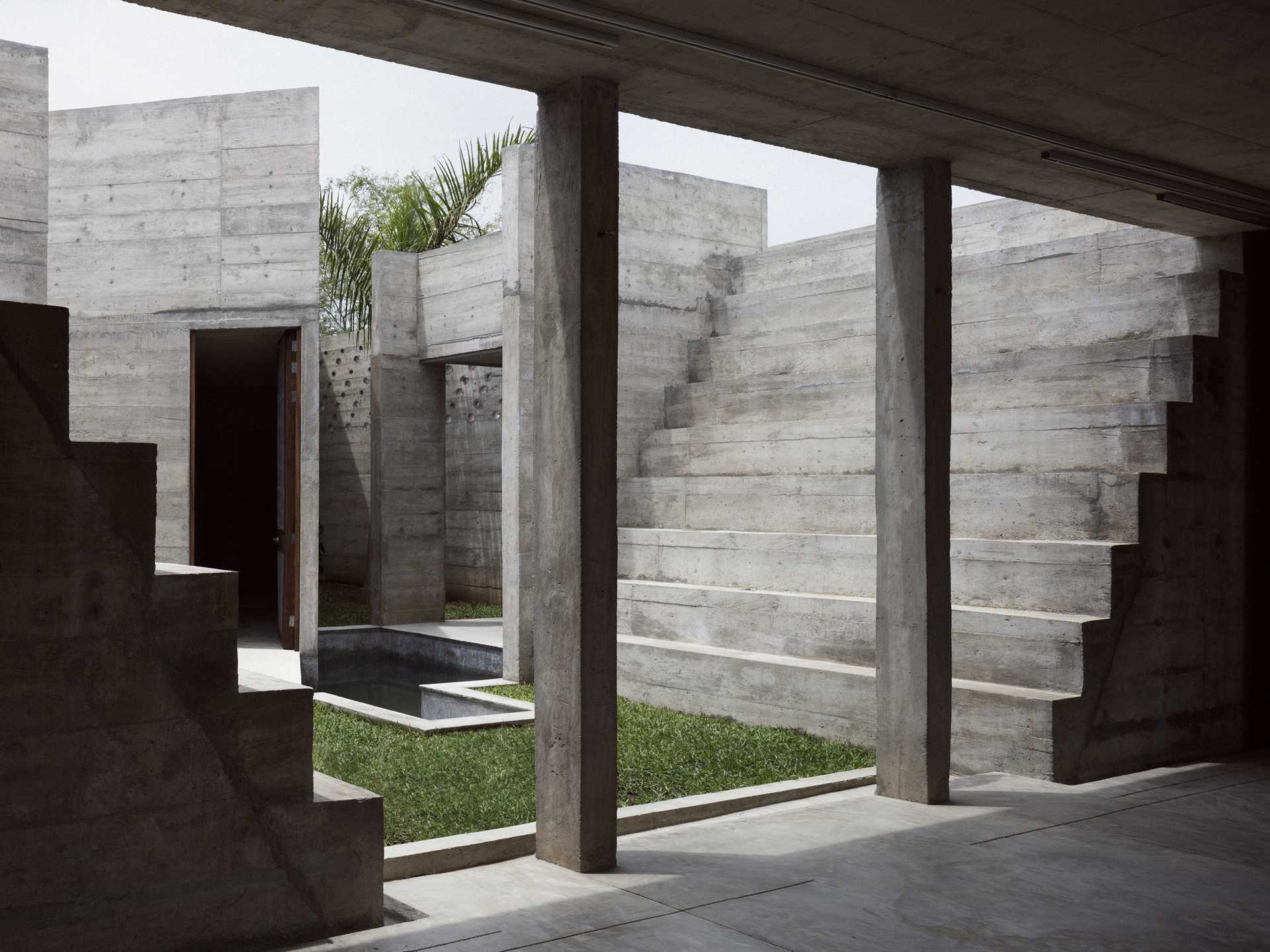 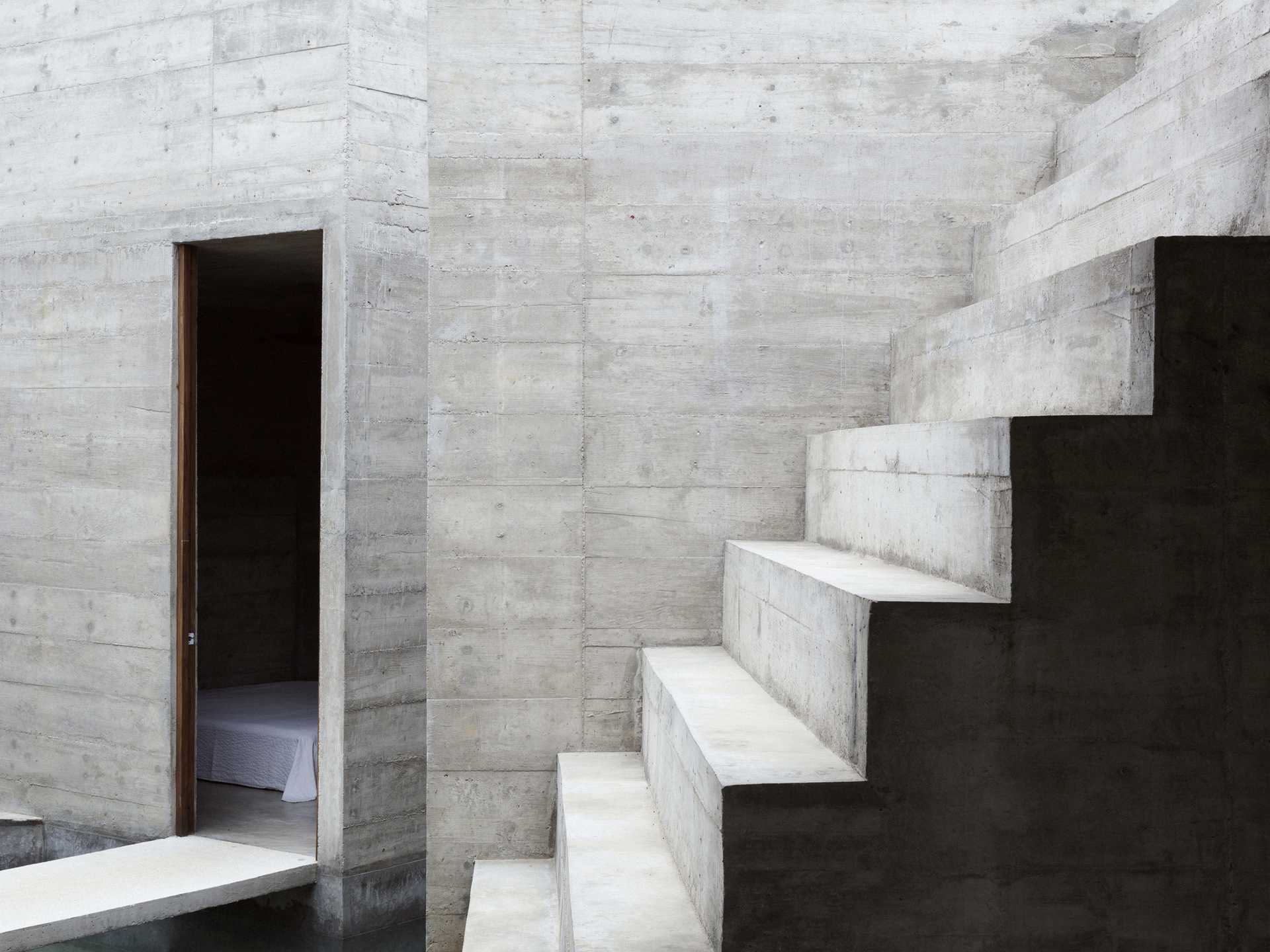 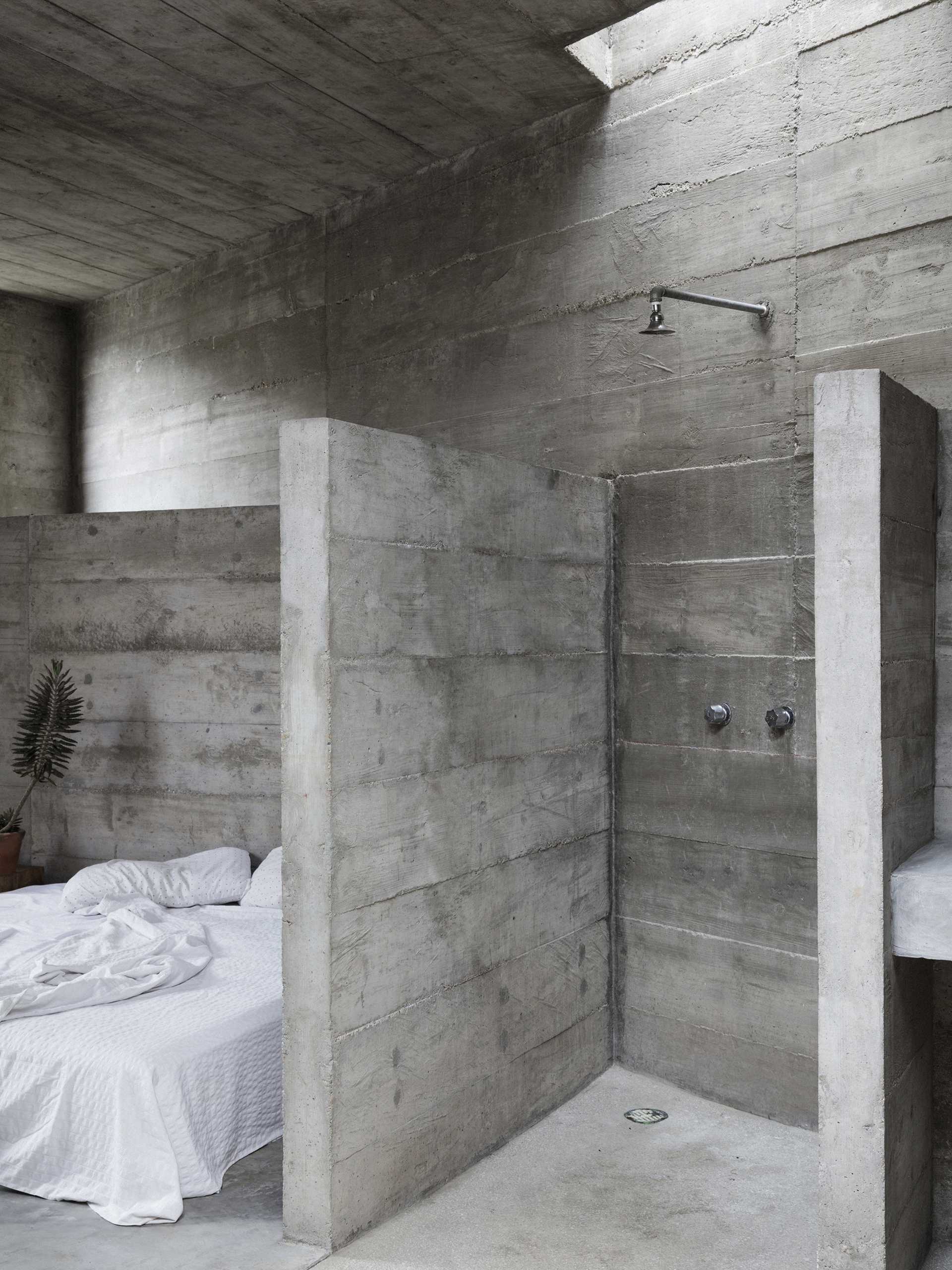 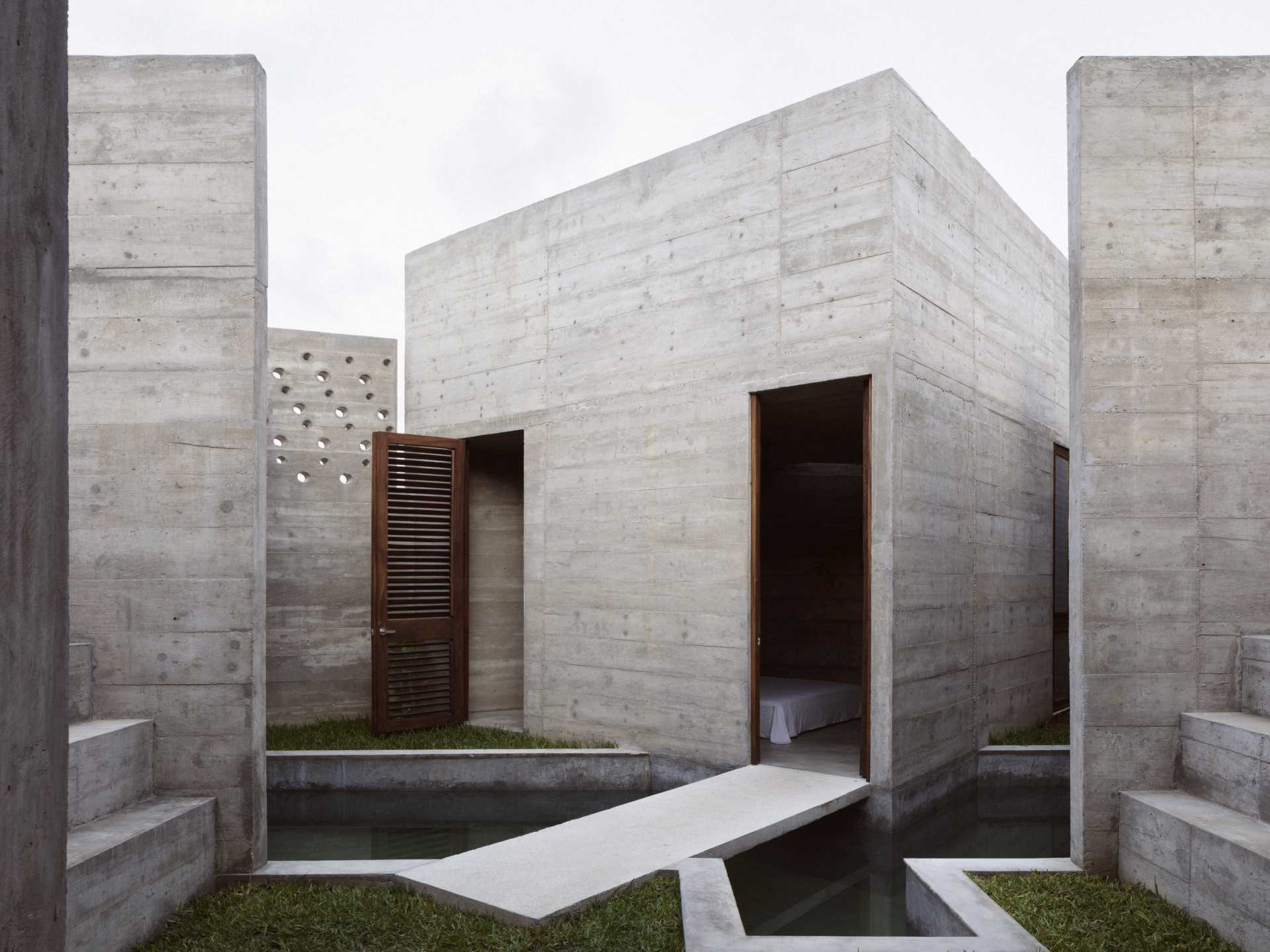 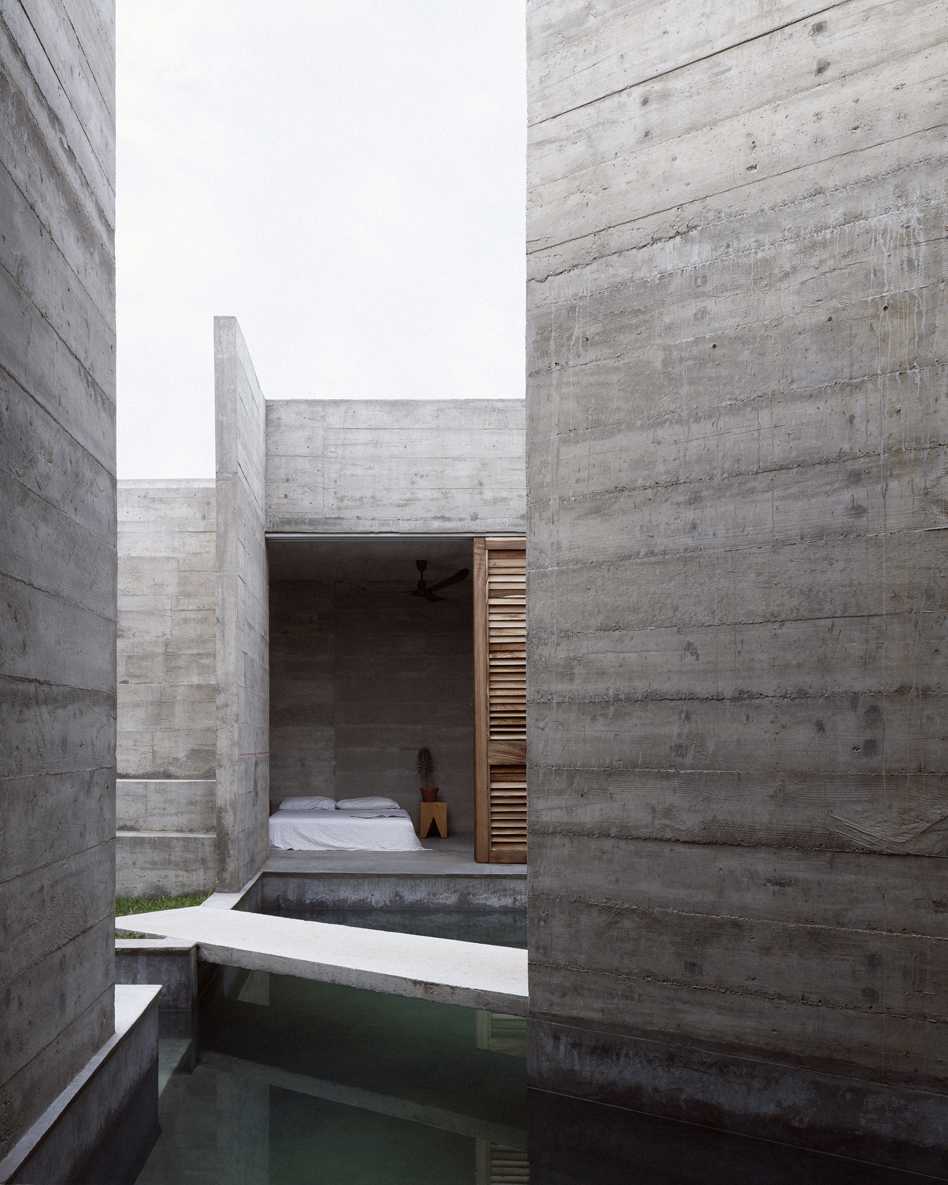 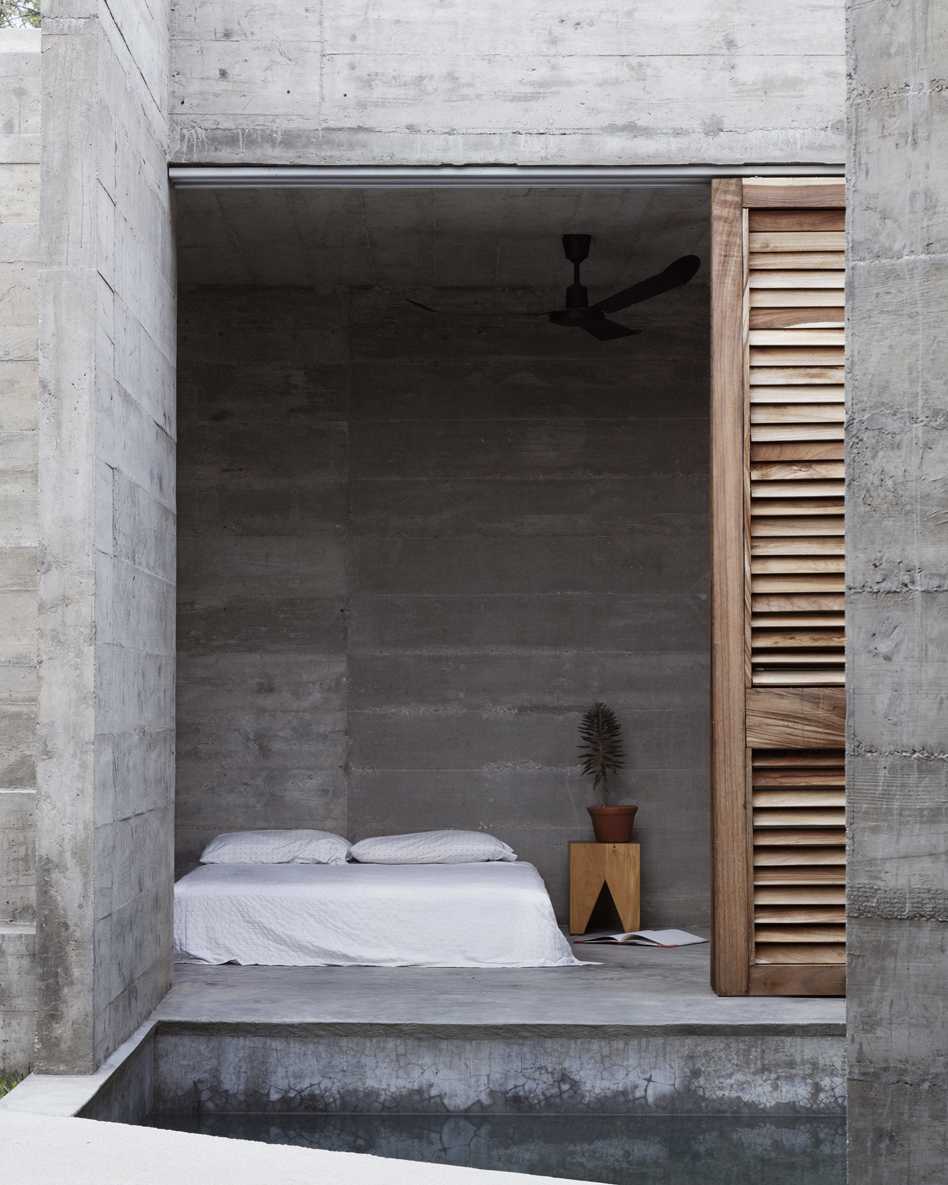 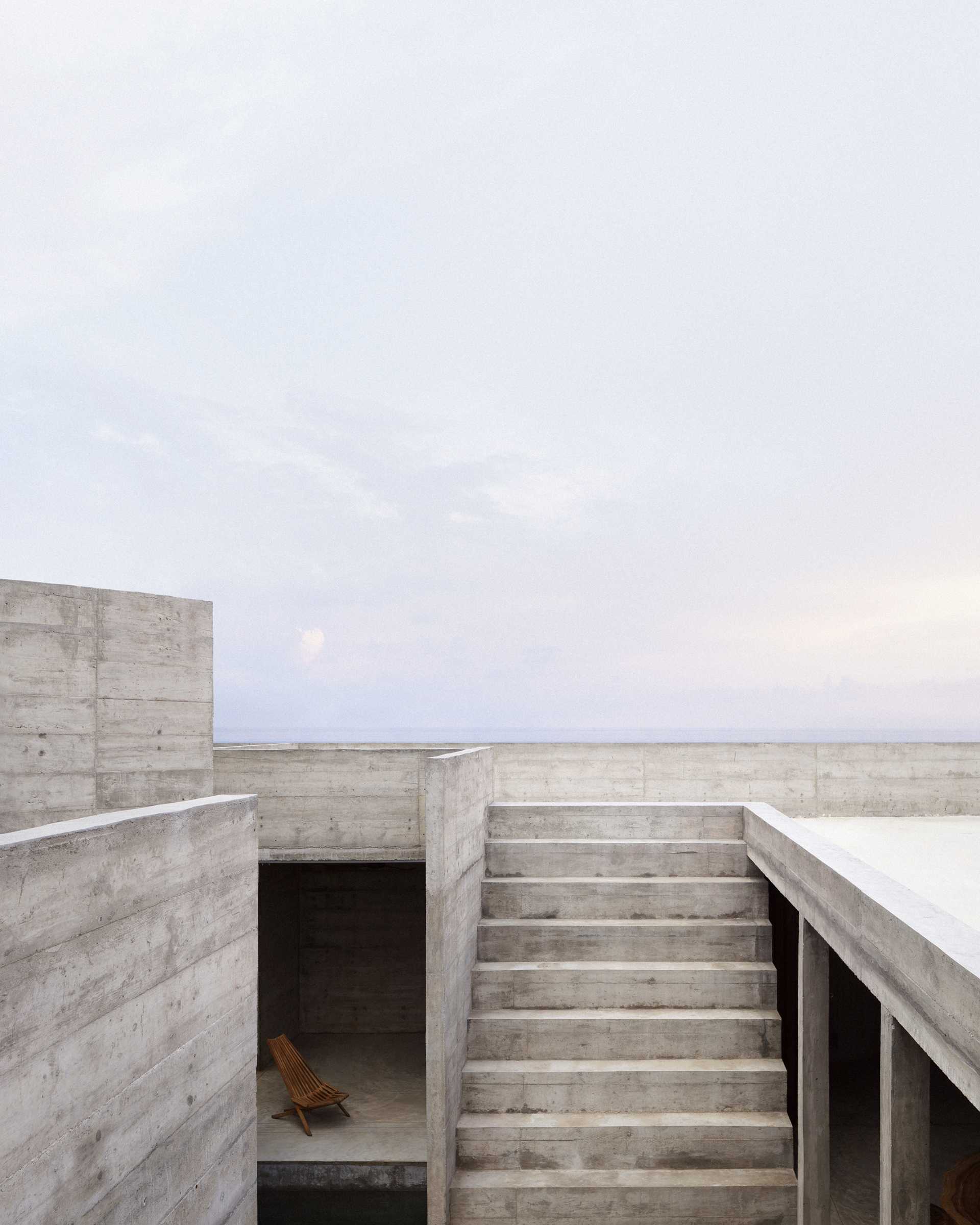 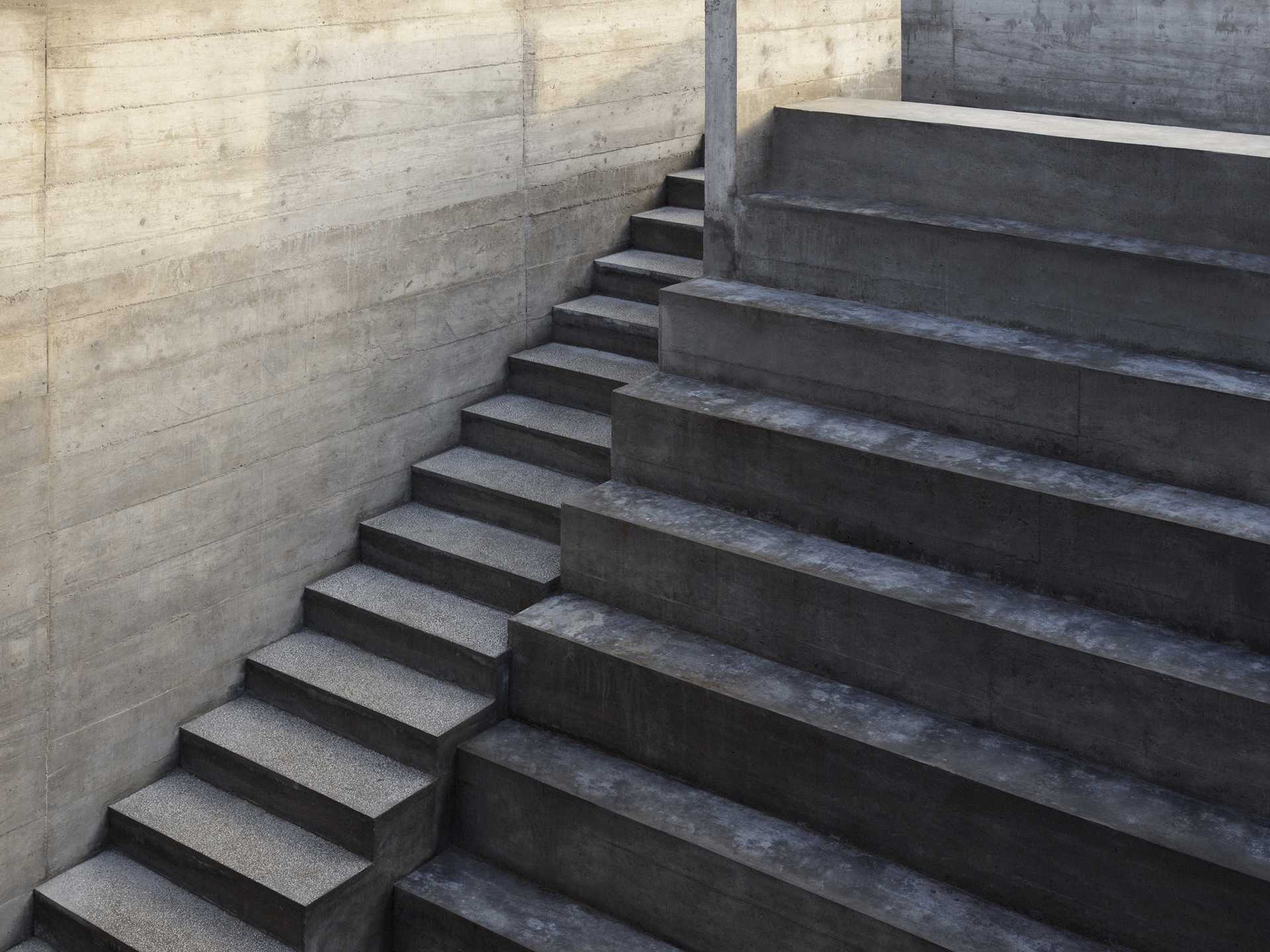 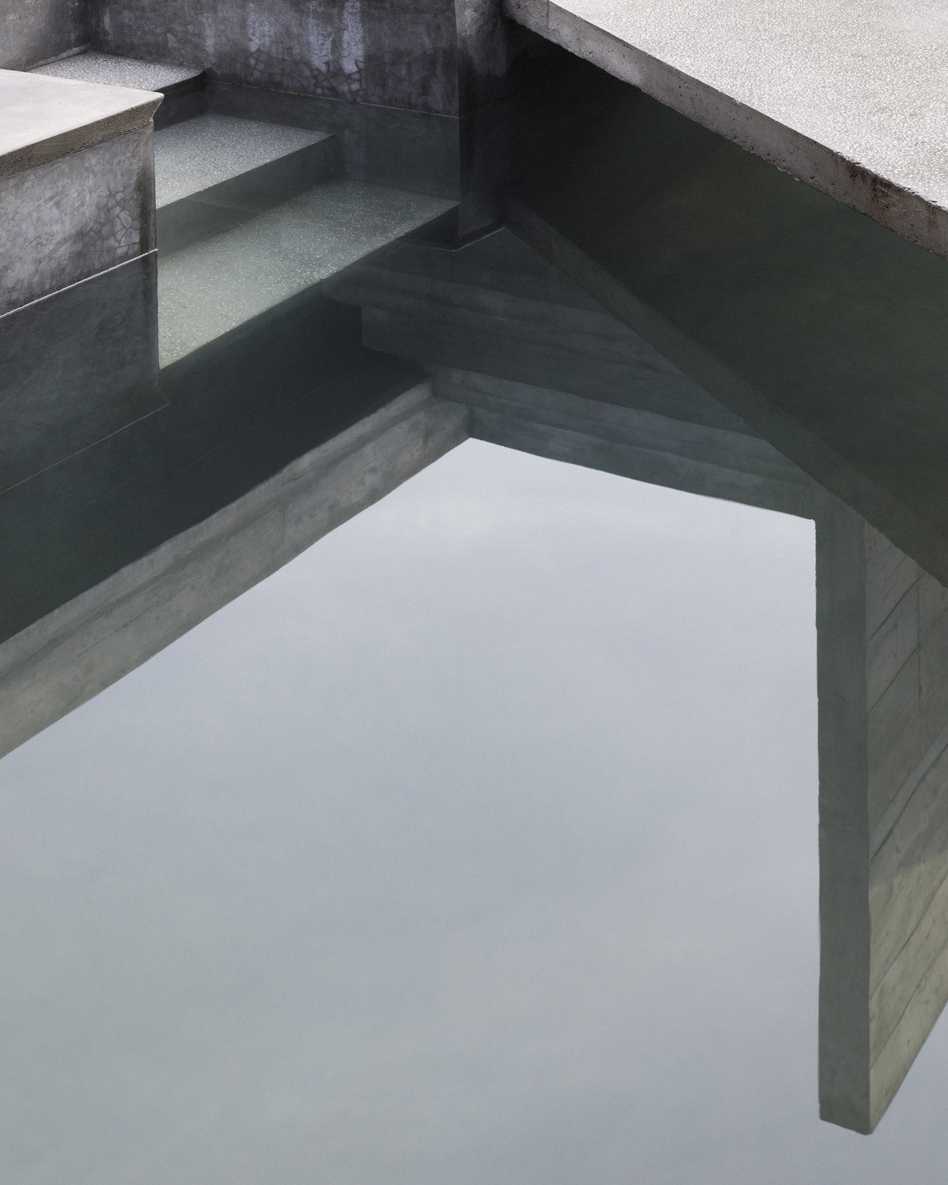 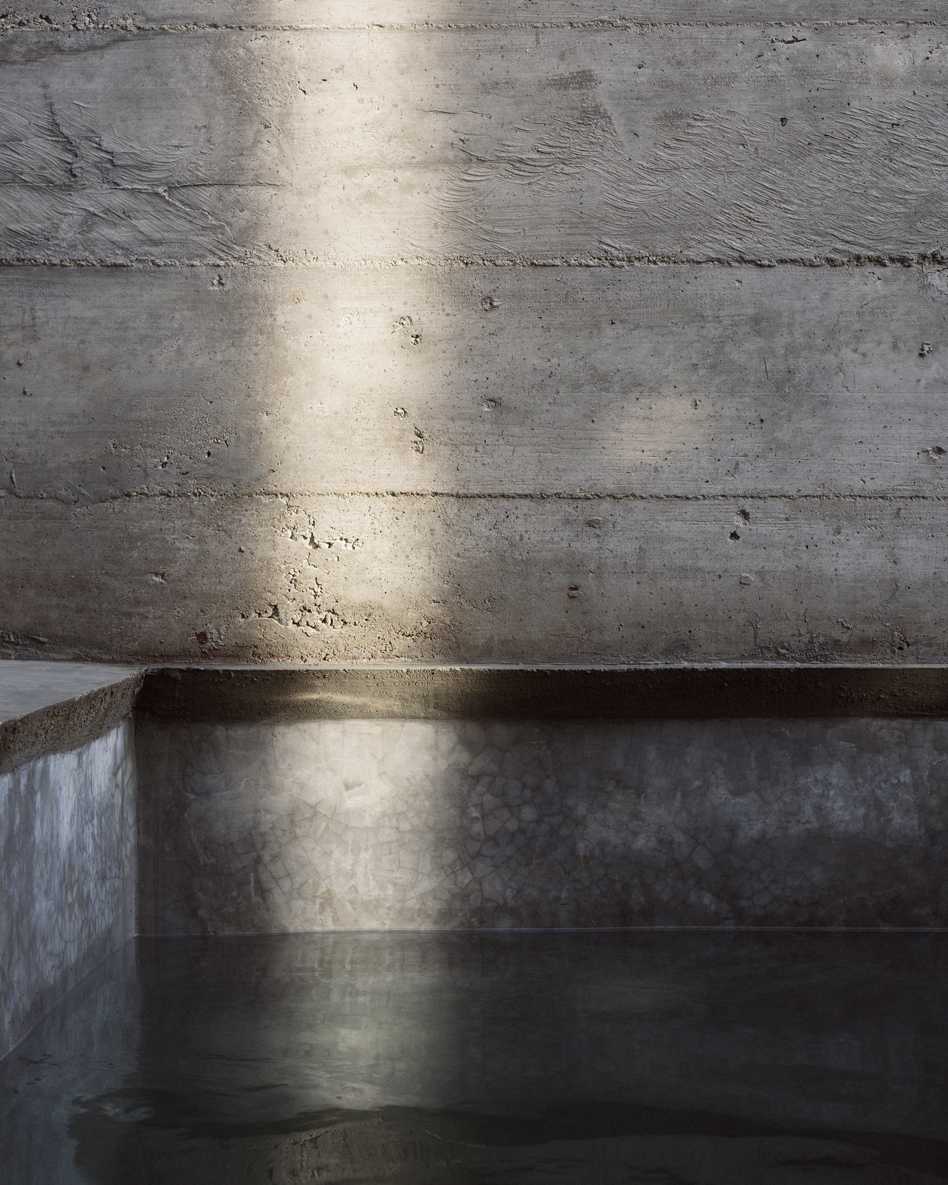 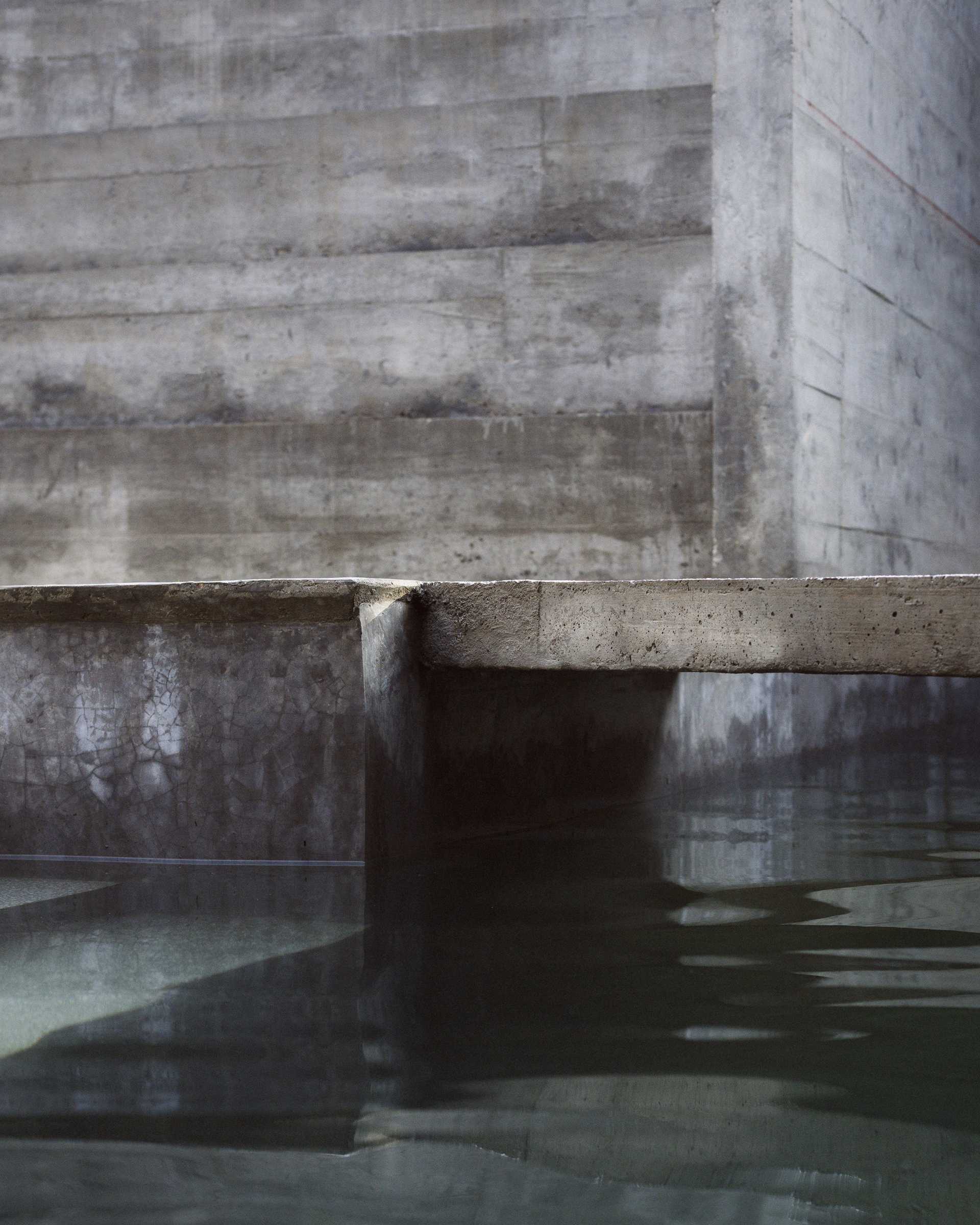 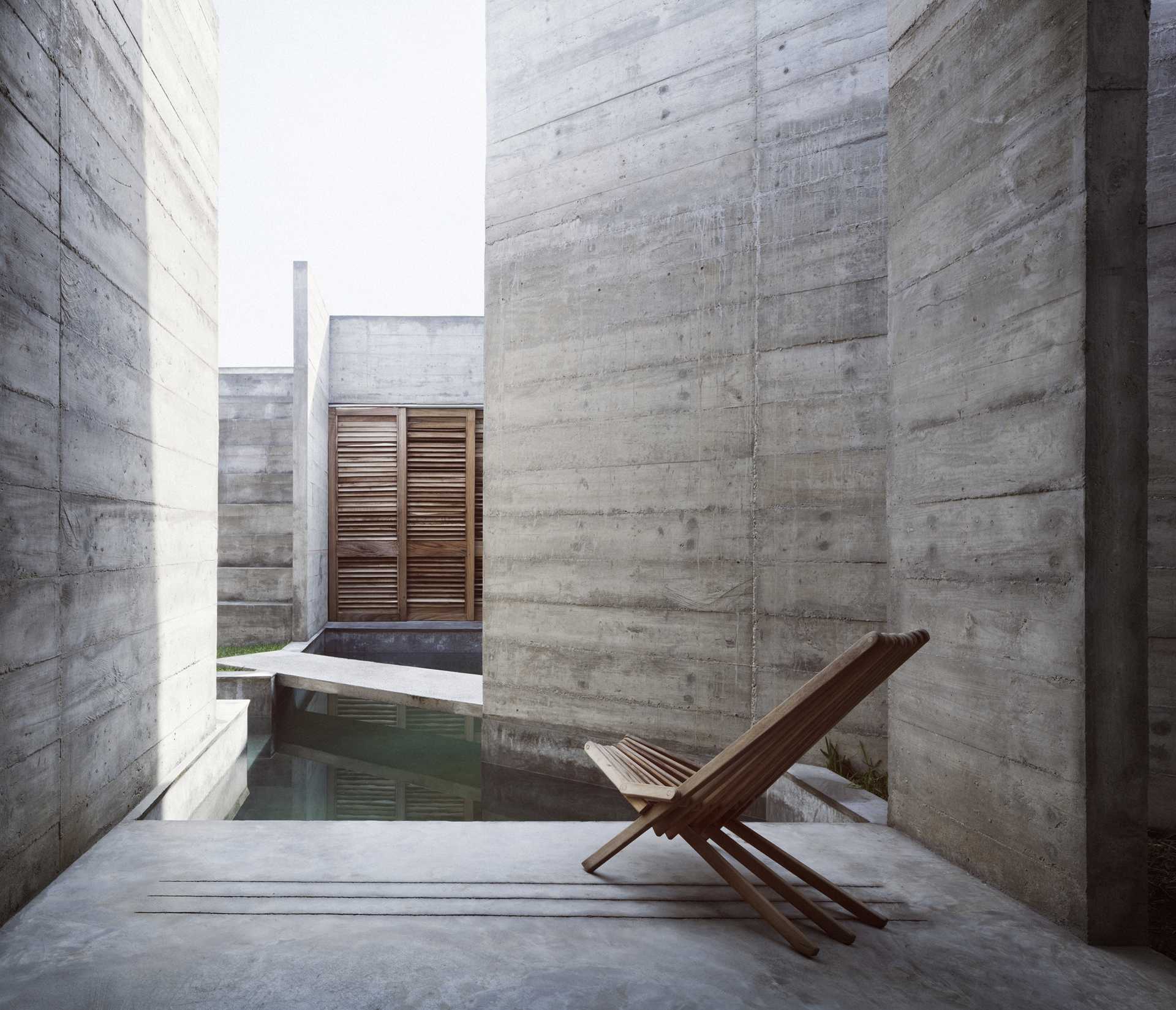 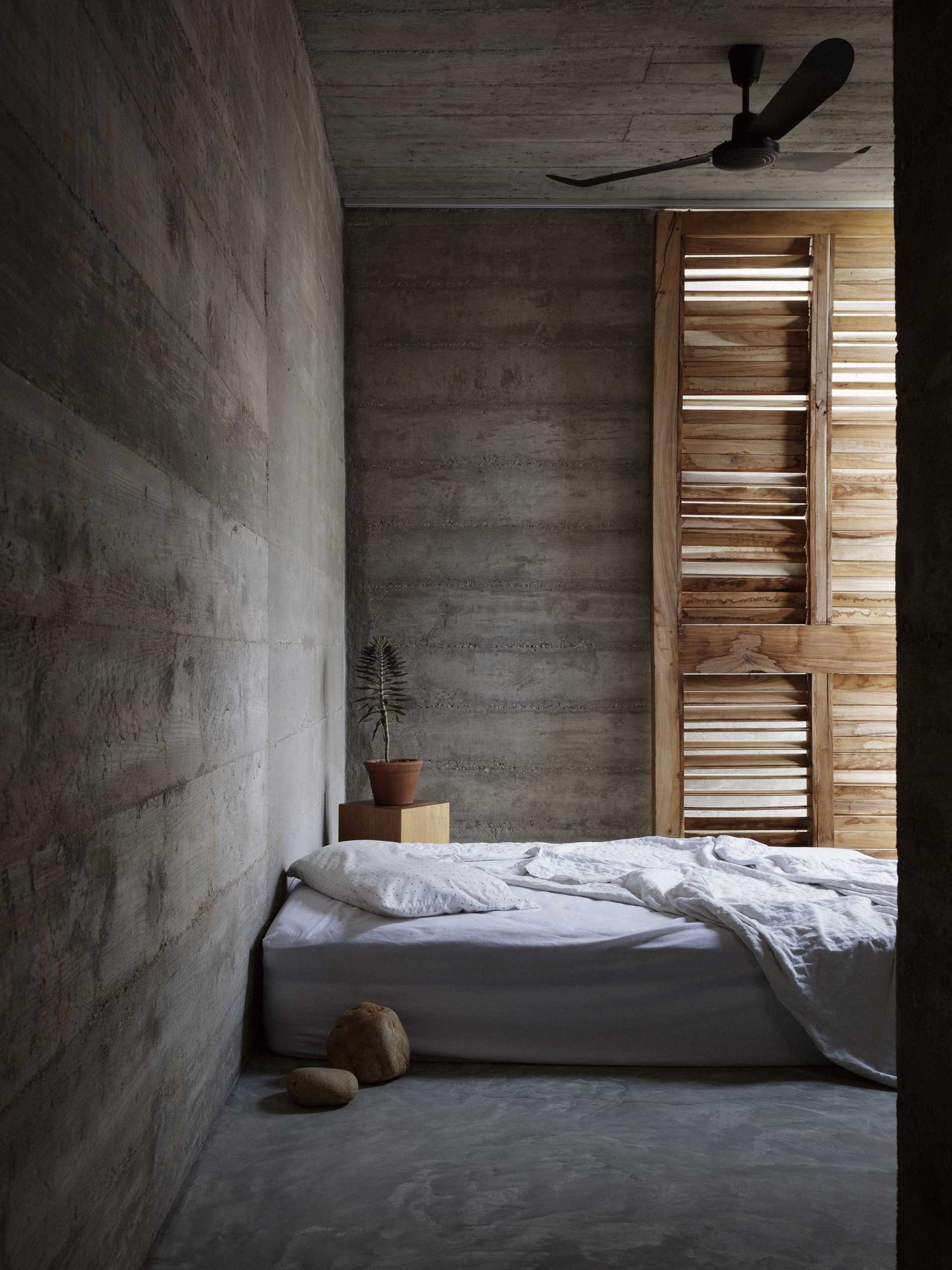 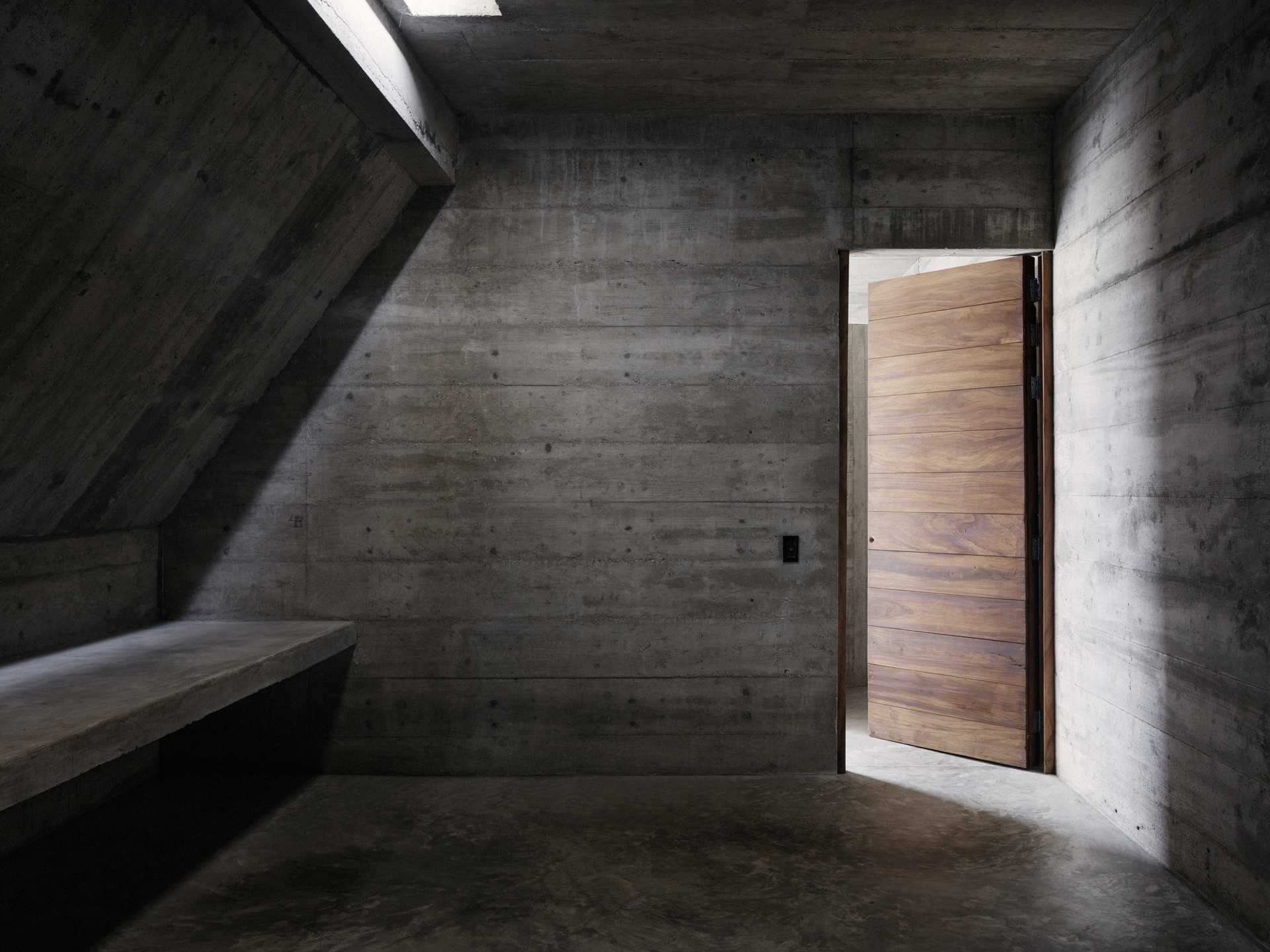 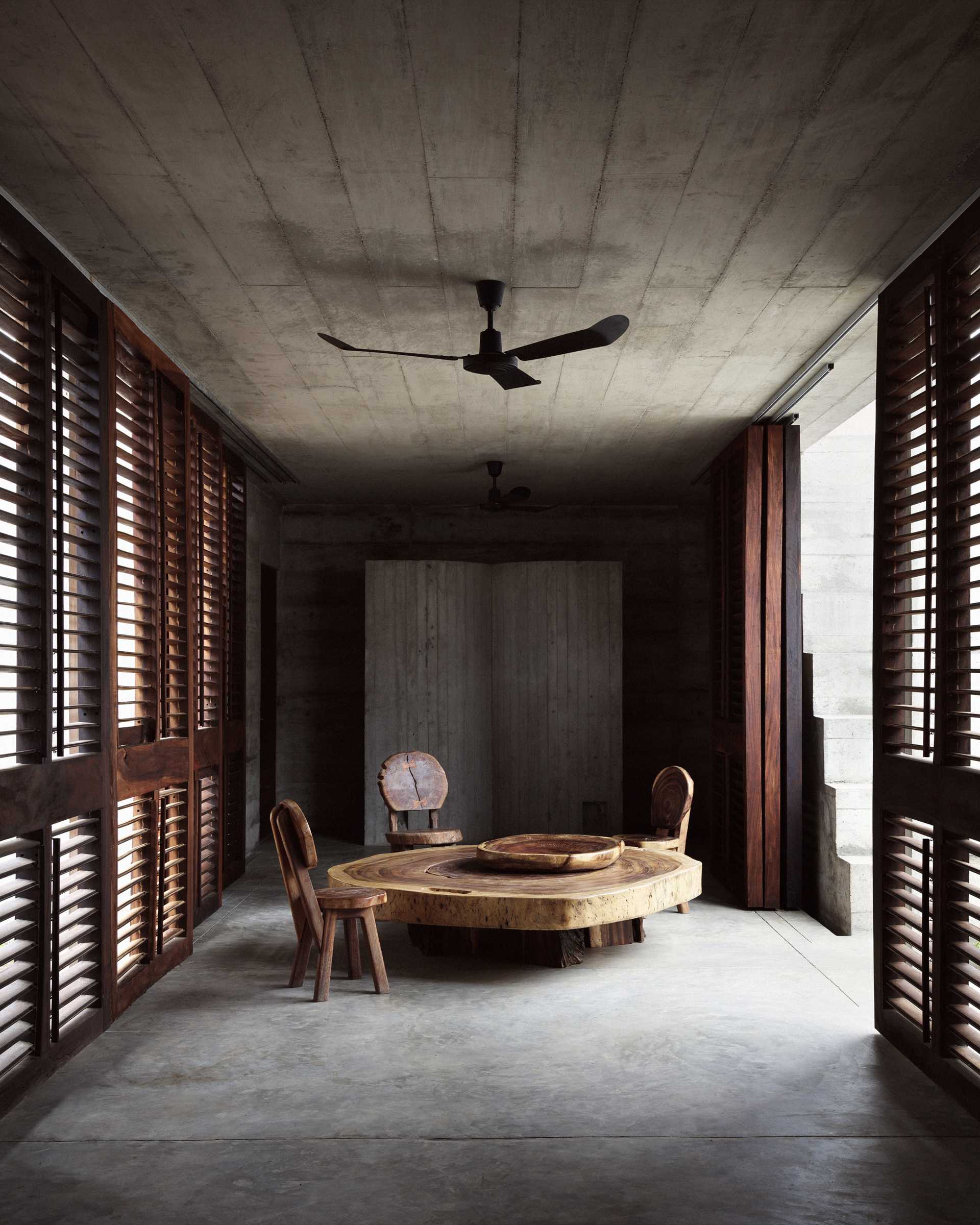 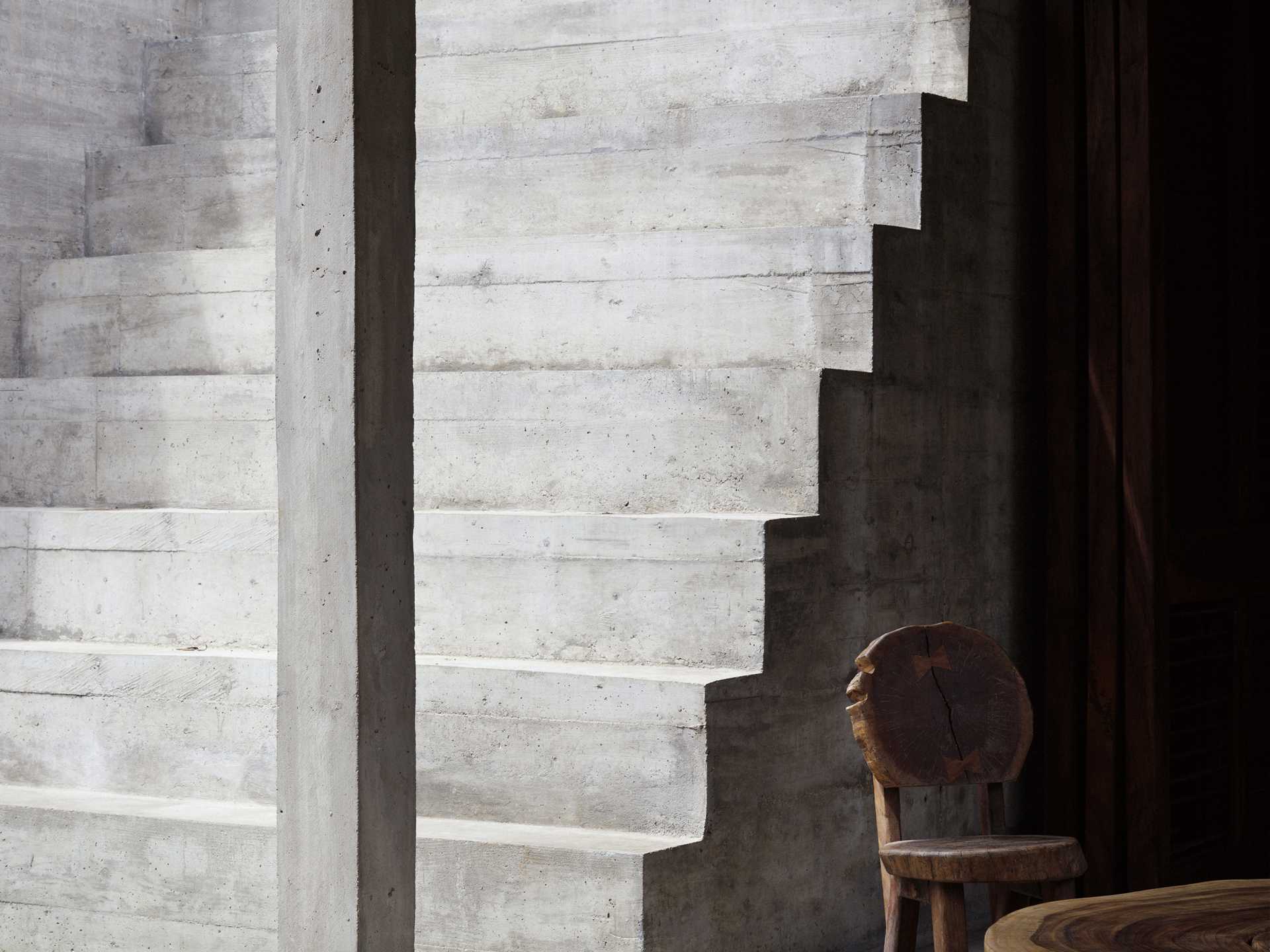